As The XYZ pointed out a little while ago, the term “Violent Extremism” has become both politically incorrect and redundant.  The term combines two adjectives, which are so general that they could be applied to anything, and is then used to obscure the fact that Islamic terrorism is both Islamic in its origin and terrorist in its approach.  But since people have now started to associate the term “Violent Extremism” with Islamic terrorism, a new, more Orwellian term is required to restore the fog in people’s minds. 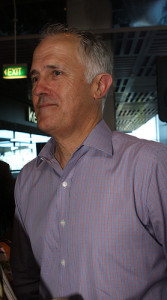 Thus, The XYZ sought to help modern, “progressive” policy makers establish the new lexicon for the brave new world of openness and tolerances, and it appears that Newspoll Prime Minister, Malcolm Turnbull, who has become closely associated, in the public eye, with the urgent need for obfuscation of the reality of Islamic terrorism, has provided the inspiration.

The 23% of people who voted for “Creative Self-Initiated Asymmetrical Divine Social Justice,” and the 19% who voted for “Facilitators for the Neutralisation of Dissenting Humanity,” along with the remaining proportion whose responses were deemed problematic, have had their url’s sent to ASIO, and placed on a shortlist for extermination, whoops we mean trans-dimensional enlightenment.

The XYZ would like to thank all who participated in the social research, and remind future participants that answering the wrong question, and thus your potential for trans-dimensional enlightenment, does great service to the world, as it removes your carbon footprint from it.