Despite many claims to the contrary, the Russian entry into the Syrian Civil War has not brought about the complete destruction of ISIS, in a development which has supporters of Putin baffled. One Putin supporter who spoke with The XYZ is still convinced the Islamic State is on its last legs:

“Our weak governments, who created IS, don’t want to actually destroy ISIL. This is why they have placed so many restrictions on how we engage them – most of the missions we fly don’t actually drop any bombs, because we are so worried about inflicting collateral damage on civilian targets. It is no wonder that Muslims want to kill us, because we are bombing their countries and killing thousands of innocent civilians every day.

“I am so glad that Vladimir Putin has entered the war. Russia is a peaceful nation, and Putin is a strong Christian leader who has protected Christian people all his life, and he only ever uses Russian military power for the good of Christians everywhere, and never goes to war for oil. Putin is showing strong leadership by carpet bombing Daesh, so he is protecting Christian civilians because we know he is only carpet bombing ISIS and nobody else.”

The XYZ asked a Russian defence analyst residing in Australia, Dmitri “Bluey” Zarssov, how predictions that the Islamic State would collapse the moment Russia entered the war could have proven so off the mark:

“Every time a new player has entered the fight against IS, social media has gone nuts predicting that ISIL is on the run, that Daesh is running scared, that the war will be over in weeks. We saw it when America started bombing ISIS positions, and when Australia started bombing Islamic State positions. There was a big fuss made about the Jordanian King Abdullah personally joining in the bombing of IS positions, and for the last few weeks, social media has literally gone off its tits claiming Putin will destroy ISIL, but gues 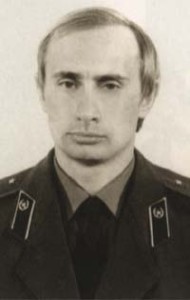 s what, they are still there.

“The only thing that will defeat Daesh is if America is prepared to commit a massive military force, in particular tens of thousands of troops, to destroying ISIS, and occupying Iraq and Syria for decades, just like it did in Germany, Japan, and South Korea, to provide the people of those countries security and stability in which to build a viable democracy.”

Zarssov suggested that this policy is unlike to eventuate under current President, Barack Obama, whom he described as a “pussy-willow.” He predicts that Putin will drag out the war of attrition in Syria for as long as he can, in order to establish Russian military power in the Middle East. He also opined that Putin may soon start using the threat of sending more refugees from Syria into Europe, in order to back up his tactic of economic blackmail via the cutting of Russian oil and gas supplies to Europe.