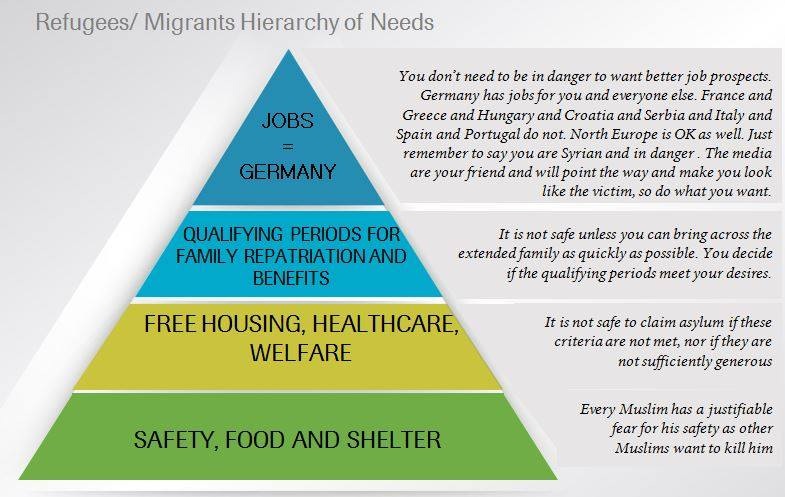 As readers of the XYZ, you will note that there is a strong concern with the de-facto open borders of the EU and the subsequent mass migration it is heralding.

On the one had, progressives and the “lefties” will simply state that it is about humanitarianism and that everything will turn out OK, perhaps just a little diverse, better and more colorful than before.

Implicit in this is that some invisible force will maintain the desired aspects of the status quo while clearing the way for the new multicultural aspects of the great migration.

This implies that the lefties are optimists. Perhaps naive. Perhaps self destructive. But optimistic. Like a smiling Kurt Cobain as he urged himself to pull the trigger, encouraged all the way by the saphiric demands of an eager media. I hate myself and I want to die, lamented Kurt. Our progressives mantra is that I hate my white privilege and want it to die.

Contrarian voices like the XYZ, on the other hand, have an alternative way of thinking. Broadly speaking liberty is at odds with theocracy and big government, as these are faces of authoritarianism.

When we criticise the importing of Islamic values, it is nothing to do with race. It is to do with values. Why do values matter? Because values influence thought which influences action which influences reality. Which is why Islamic populations are rife with conflict and export human misery.

By extension, the short term humanitarian gestures of the West do not resolve the problem, rather at best stem the flow of a deep wound. Meanwhile, in the west we undermine our own values. Even as we pursue free expression on the one hand, we are self censoring on the other. It is a dissonance which is reflected in the pursuit of multiculturalism to embrace all identities as we erase our own.

Were the great migration made up of minds with similar values, i would still protest loudly about the logistics, the lack of borders, the media deception and collusion of the EU and UN.

That we are importing totalitarianism in the minds of the migrants is the most pressing concern. And that is why I protest with my words.