There were smiles and congratulations all round (though no champagne corks popping – the prophet does not approve) as Faisal Trad, Saudi Arabia’s ambassador in Geneva, was elected Chair of a key United Nations’ human rights committee.

And rightfully so, say we! Hear, hear!

Faisal’s home nation have an exemplary human rights record. When it came time for one 17 year old to die for the horrific crime of insulting the government, the Saudi’s chose a most humane punishment – crucifixion. It may appear somewhat unpleasant at first hearing, but as the Saudi’s assure us, everything is done according to the strict standards of sharia law and with the highest regard for matters of hygiene and the 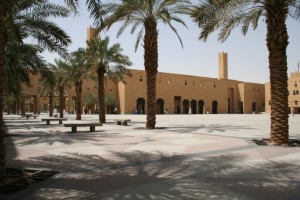 maximum enjoyment of the watching crowds. It all sounds like a Monty Python-esque good time is had by all, with the possible exception of the teenager being nailed to the cross.

In the beheading stakes, the Saudi’s are unbeatable. More heads have been detached from more necks that even the furiously competitive try-hard amateurs of ISIS could manage. If they ever made head chopping an Olympic sport, the Saudi’s would be solid gold favourites – this is perhaps something for the new head (* pun intended) of the UN Human Rights council to work on. Again, when it comes to beheading, the Saudi blows are very clean, humane, and precise, and carried out according to the very strictest of sharia standards, with well cleaned and very sharp instruments. The head reports no ill effects at all, and make no claim of cruel and unusual punishment, having been detached from the body, and is, in fact, often pictured smiling alongside the bloodied corpse. So it’s a veritable human rights bonanza all round!

The often pedantic Western press are sometimes want to highlight minor matters like forced confessions, dissenters receiving 1,000 lashes, and trials that curiously involve no actual evidence, but to dwell on such trifles is truly churlish (as this article from the fascist nation of Britain does: Saudi teen to be executed by CRUCIFIXION for anti-Government protest). Everything is done according to sharia law and the standards are very strict indeed. And no one has ever complained or lodged an appeal before, certainly not after being ritually beheaded in a football stadium.

So who could possibly question that Faisal is an appropriate person to head an important United Nations council on human rights? He and is countrymen have such wide experience on the matter. Perhaps he can also inspire the oppressed, welfare dependent protesters of western nations, for whom a twisted arm or blast of capsicum spray is about as bad as it gets, and lecture their governments on what applied human rights looks like?

It all makes perfect sense in the parallel universe occupied by the United Nations.