A group of Australian war veterans are seeking legal advice about potential consequences should they join Syrian and Kurdish fighters in the war against Islamic State. The Aussie veterans are also petitioning the Australian Government to review its ‘foreign fighters’ laws which are directed against IS sympathisers, but could threaten jail for the Aussie diggers. Australian veteran Ralph Bleechmore said the Federal Government’s foreign fighters law currently did not distinguish between sides in the conflict. 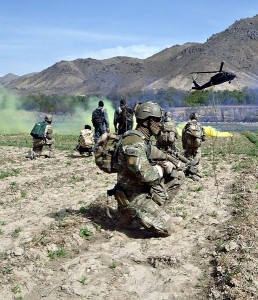 e told the ABC that the age of those interested in joining the fight against Islamic State ranges from young veterans to Vietnam veterans, however he would not disclose the total number willing to serve.

Along with the Aussie diggers, I also call on the government to distinguish between those who seek to fight as terrorists on behalf of the Islamic State and other criminal organisation, and those who seek to defeat them.

I commend the courage of the Aussie diggers who are willing to put their own lives on the line in order to join the battle against the Islamic State, and to protect the lives, homes and livelihoods of innocent victims under its oppression.