Ever noticed how left wing politicians in particular, but other so-called ‘progressive’ types in the media, academia, and elsewhere, have acquired a legal fetish in recent years? Whereas the basis of a liberal democracy was the surrendering by its citizens of the barest minimum of their personal rights and freedoms to the State, for the purposes of making laws for the common good, and for the protection of people and property, a western democracy is now a legal free for all, with larger, better and longer laws the objects of desire.

In this weird ideology, the measure of a ‘good government’ is, supposedly, to be located in the volume of legislation it can generate and have passed by the parliament. If something is considered by the do-gooder know it all types who populate this world to be ‘bad’ for you, it must be banned, and the way to do that is to pass a law – to make alcohol really expensive, for example, or to put unpleasant pictures of surgery on the front of cigarette packets, or to make you wear a helmet when riding your bicycle, and so on. Some of the laws being agitated for in recent weeks have included sanctions on those wh 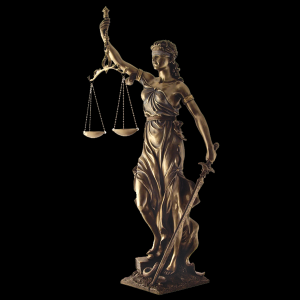 o do not walk their dogs regularly (seriously proposed by the animal protection people) and laws that would prevent children being treated to McDonalds or KFC (how long until that becomes an actual law)? I could go on and on an on…

Take this perverse fetish for the law into the international sphere and it produces the phenomenon of the human rights lawyer,a species who flourishes in the world of committees, resolutions and speech-making that is the United Nations – this being an organisation dedicated to sounding and looking extremely important without actual doing anything much at all. So to enter into a conflict in a place like Syria, is immediately denounced as “illegal”, because it lacks a United Nations “mandate.” This is an accusation that, apparently, does not extend to the penchant of Islamic State for arbitrarily removing the heads of innocent people from their shoulders, or for selling young girls into sex slavery, or for throwing homosexuals to their deaths from high buildings, and filming it all for social media.

Something tells us Islamic State don’t really care much for lawyers, or for United Nations resolutions; nor are they troubled by blowhards wearing pin striped suits standing up in the Australian parliament to denounce the conflict in Syria as “illegal.”