A storm over gender politics has been whipped up in the wake of Professor Tim Hunt’s remarks about women in the lab. The Nobel laureate’s off-hand comments have been roundly condemned by commentators and the media as sexist, and his remarks have raised questions about barriers to women in science. 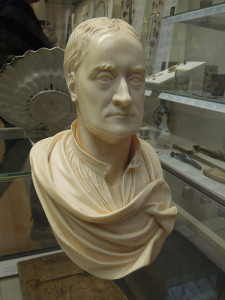 In the wake of this sensation, I found myself wondering, “Would Sir Isaac Newton be employable in 2015?” The likely answer would be ‘No.’ And the reason (surprisingly) has nothing to do with sexism, gender politics or the patriarchy.

Isaac Newton, possessing one of the most gifted minds of anyone who ever lived, had a reputation for being unpleasant and unlikeable. In fact, Newton was so lacking in interpersonal skills that it is assumed he died a virgin aged 84 in 1726. Recent research claims that Newton showed signs of Aspergers syndrome, a disorder that has also been posthumously assigned to several other geniuses, including Michaelangelo, Albert Einstein and Ludwig Wittgenstein. Aspergers may go some way in explaining Newton’s anti-social behaviour, and invites us to consider the gifts and shortcomings of geniuses in general.

In 2012, CBS published an article, ‘Why geniuses don’t have jobs’. The article explains, that whilst geniuses rate exceptionally high in certain fields, they usually rate low in others, such as communication and interpersonal skills.

“Many geniuses become surgeons, and are famous for throwing temper tantrums or harassing people.” Of course, that kind of behaviour is not acceptable and needs to be addressed. However, it must be recognised that this kind of behaviour has far more to do with the workings (and shortcomings) of geniuses’ minds than it has to do with gender politics or institutional sexism.

The behaviours and tendencies of geniuses raises questions about the political storm that has been whipped up over this issue, and of the loss to science and humanity that Professor Hunt’s stepping down will be.

As CBS’s article concludes: “We have a massive problem with our employment system, which robs companies of great talent, and creates cultures of mediocrity. The problem is that we don’t know how to employ geniuses.”

There is no shortage of geniuses down the ages who have been difficult to get along with or been entirely lacking in social graces. When in the past geniuses were tolerated and left alone to get on with their work, our ‘tolerant’ 21st century society no longer tolerates geniuses. And we are all worse off because of it.