In some of my previous articles, I have discussed groups such as the Socialist Alternative and the Chinese government initiative, the Confucius Institute. In this article, the final aim of these various groups and organisations is discussed, linking with statements from vanguard socialists such as Trotsky and others along with the complicity our government and institutions have in this matter.

Socialist groups such as the Socialist Alternative, Antifa, the Communist Party of Australia and the Confucius Institute use different labels to describe themselves, such as Trotskyists, Anarchists, Stalinists, Maoists etc. The end goal of all these groups, regardless of any schematic differences such as democratic, revolutionary or both, is the same:

To erode and replace the pre-existing culture and organisation of a nation.

Historically this has occurred anywhere socialism has been implemented, whether it be Tsarist Russia in the Russian Revolution, China in the Cultural Revolution, Vietnam following the collapse of South Vietnam, or today in Australia and other Western nations.

Before any leftists reading this suggest that such history is “not real communism” as many often do say, one does not need to look further than the Communist Manifesto, penned by Karl Marx and Friedrich Engels. Chapter 2 of the Communist Manifesto responds to criticism of communism by postulating that working class people are already deprived of a nation, meaning the best course of action is to subvert existing nations with the below quote:

“The Communists are further reproached with desiring to abolish countries and nationality. The working men have no country. We cannot take from them what they have not got…. United [worker’s] action, of the leading civilized countries at least, is one of the first conditions for the emancipation of the proletariat.”

This of course, is a call for the elimination of existing nations and cultures along with replacement with a communist society. Such a call is echoed in Leo Trotsky’s analysis titled The Permanent Revolution. In his book, Trotsky, like Engels and Marx before him, characterises communism as an internationalist ideology with the internationalism being the “bedrock of socialism,” in lieu of existing nations.

Now on to the methods and tactics employed by these extremists to destroy cultures and nations. In the nascent days of communism and socialism being unleashed on the Earth, such as in the Russian Revolution against the incumbent Russian government along with the Spartacist uprising in post World War One Germany, socialism was brought about through direct violence against rival factions and government institutions, leading to the deaths of many opponents. Such waves of violence spread to other nations in Latin America such as Cuba, where Fidel Castro overthrew the legitimate government of Cuba and brought in an oppressive government, along with Asia where communist purges killed 65 million people in China alone at the hands of Mao Zedong. Modern communists in Western societies follow this tradition of violence in the form of groups such as Antifa, the Socialist Alternative, the Socialist Alliance and others which have a distinguished history of being violent toward police, opponents and sometimes even themselves.

On the other hand, communism and socialism have also been introduced by means of subversion and wilful ignorance from our mainstream media. Since the end of the Second World War, groups espousing socialism and communism by democratic means have emerged on Australian soil with a particular example being the Fabian Society. Unlike the groups discussed in the previous paragraph, the Australian Fabian Society seeks to subvert traditional institutions instead of destroying them. As such, the Fabian Society and its members have been able to influence Australian politics with Gough Whitlam, Bob Hawke, Paul Keating, and Julia Gillard all being former members of the Fabian society.

Emboldened by their influence in aiding the rise of communism in Asia, these leftists have infested academia, mainstream media, and many other places. The influence of such leftists can be observed in media coverage of various issues such as gun control in Australia, where an anti-firearm agenda is evident along with increasingly blatant censorship of conservative and libertarian speakers. These examples of course are in addition to communist influence from overseas propaganda outlets such as the Confucius Institute, which is a Chinese government program involving leftist indoctrination in educational institutions across Australia and other Western nations.

Now where do our political, educational and media establishment stand on this issue? One would reasonably expect that our institutions, which are funded through our taxes and labour, would stand for the rights and freedoms of Australians. Some brief analysis reveals however that this is not the case. Almost all large universities in Australia have a Confucius Institute, including universities which have shunned the far less dangerous Ramsey Centre, and also host meetings for Socialist Alternative and other similar groups to barely any opposition whatsoever. Additionally, state governments such as that of Victoria even welcome such communist adventurism such as the Belt and Road initiative, effectively becoming colonies of China in terms of policies and control. As such, it is clear that the establishment as it stands is complicit at best in this cultural invasion of communism.

Where does this leave us Australians? We Australians must act quickly in removing this rampant brainwashing from our society by any means necessary. For our own good and the good of our descendants, we should resist the infection that is communism and socialism in our society whether it be in our educational institutions, our media outlets or our government, right up to and including the prime minister. 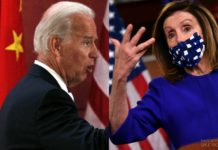