There are so many effects of immigration that it’s hard to really put it into words, but you know firsthand the effect it has on communities, workplaces, and entire nations. It has impacts in unexpected ways, like a butterfly flapping its wings in a forest and the chain of events that follow it. Some unfamiliar people move into your suburb and the next thing you know, a few years have gone by and emergency services take twice as long to get anywhere, the roads are congested, nobody uses the parks anymore, and you can’t talk to your neighbours about any of it. Now there are certainly a lot of political issues and governmental mismanagement going on – lockdowns and forced vaccinations are still looming in many people’s minds and having a real effect on everyday life. Out of all political issues, why is immigration the most important? Simply put, because it deals with the most basic unit of society – people. Immigration aims to take unique groups of people, individuals bound together by shared origins and customs, and reduce them to fungible units of economic power. Their customs and identities simply become another commodity to be managed, to be adopted or cast off, bought or sold, but always beaten into some shape that is most easily consumed by the forces of international finance. A world of beautiful and unique people and places slowly becomes a cynical grey pavement where everything is measured and plotted out and planned for. 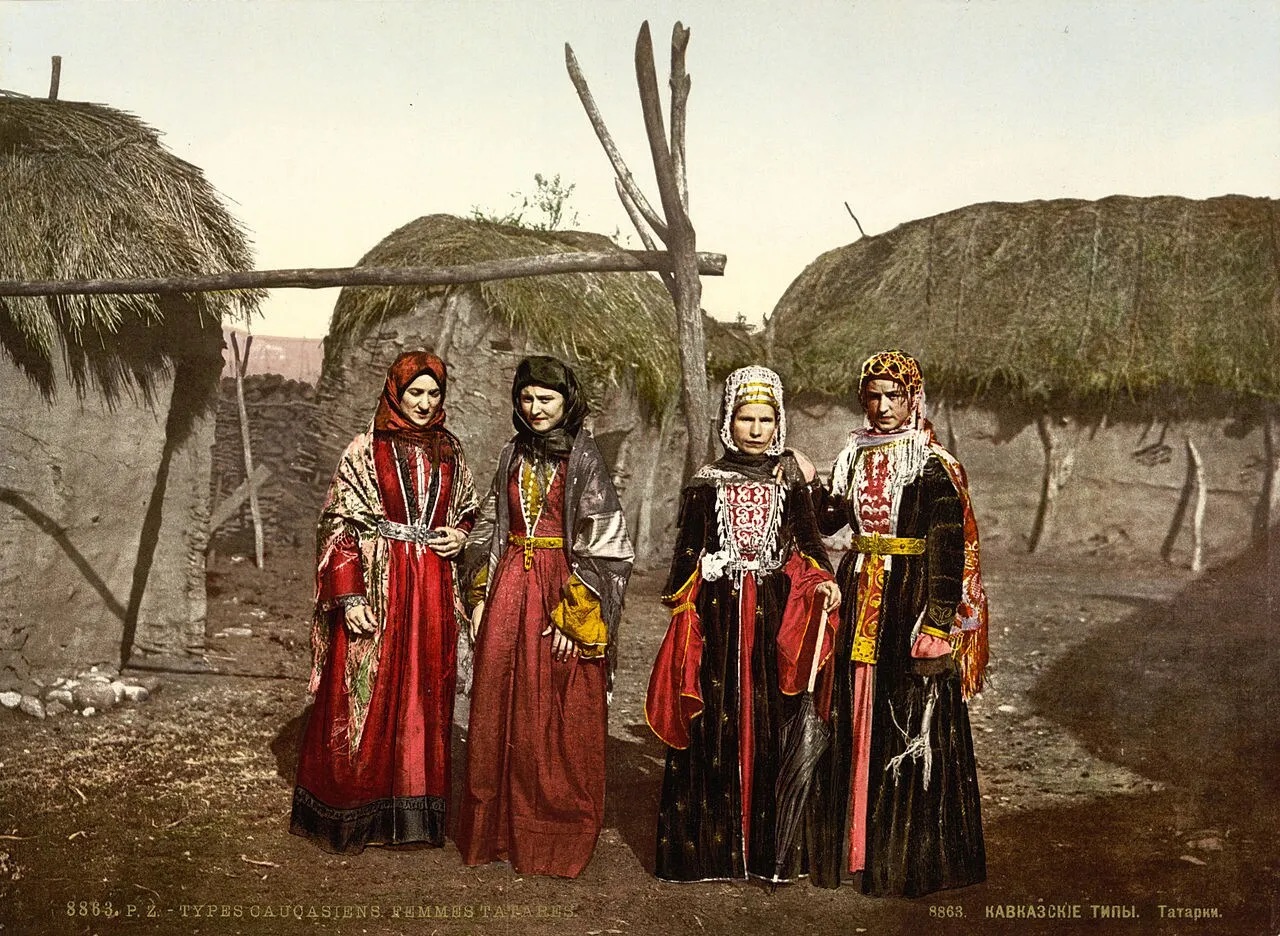 Some will say that immigration enriches a society. They mean this in a sense of tolerance and equality, but what starkly underlines it is the assertion that a culture is in need of enriching by another. This is itself fundamentally against whatever the stated reasons for immigration are – it is a qualitative statement that measures out one culture against another. Although liberals will happily quip that being anti-immigration is racist and that they are all for equality, they simultaneously believe that some cultures are deficient somehow and in need of supplementing. It is, and always has been, a racist statement – but frequent readers will recognise that is not in itself a negative. The issue is that it’s a form of discrimination directed sharply against the self, which is the opposite of how humans are supposed to function. We are meant to like our own ways. 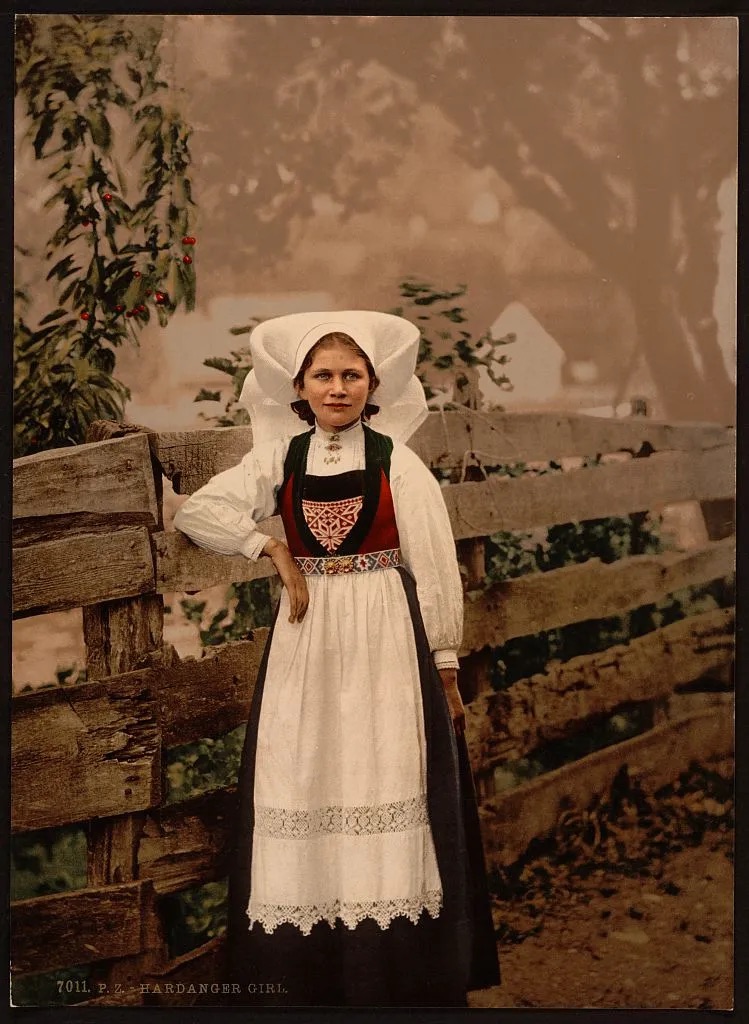 In older media from way back before the Great War, you can see a clear sense of respect between cultures despite fierce rivalries. The Turks have their way, and the English have theirs, and both work very well in their own place with their own people. It could not ever be any other way. 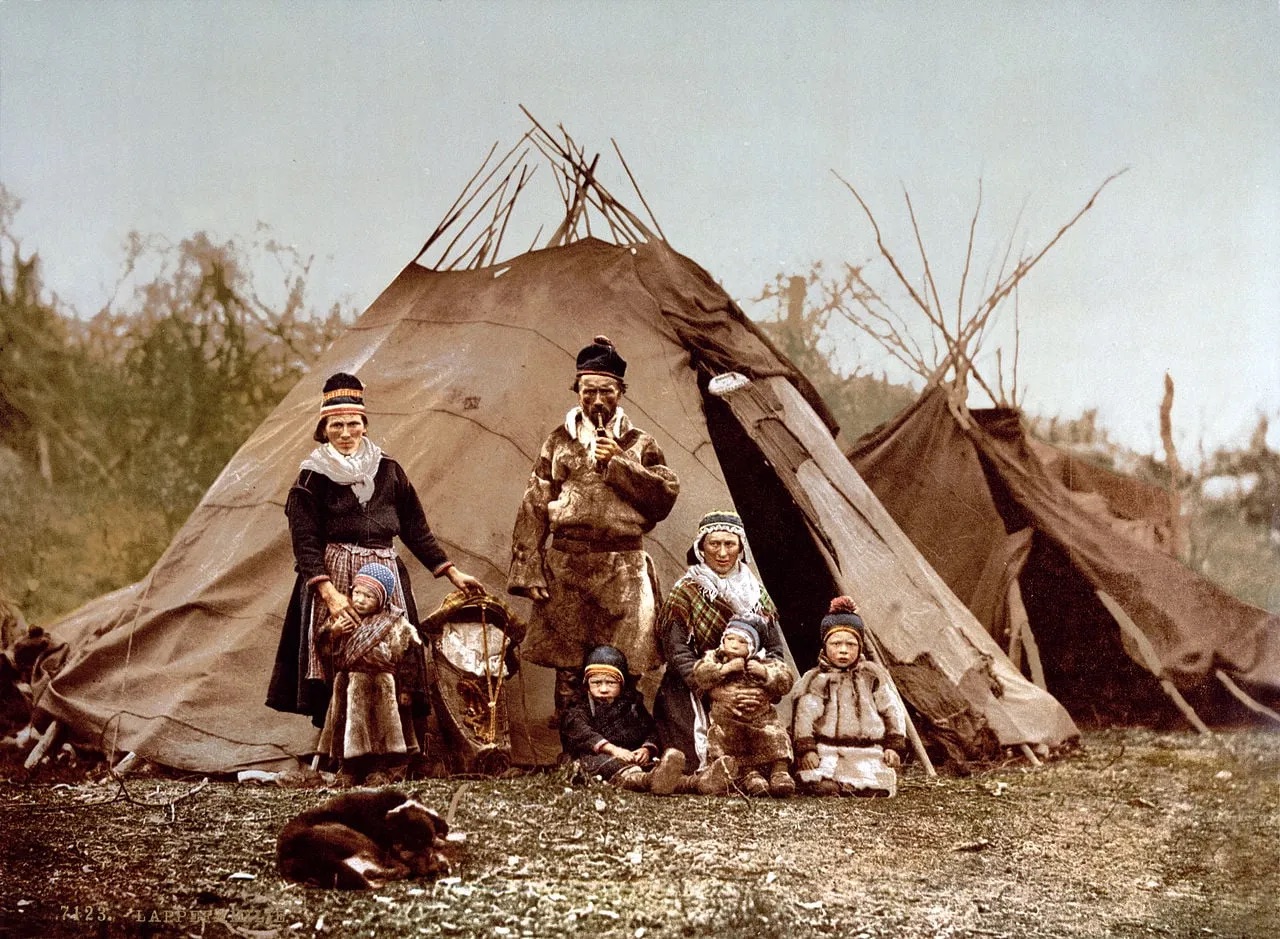 It isn’t quite the world we were told it is – nations were not setting about to completely wipe each other out like we’re told they were. Ironically, it’s the Great War that largely changed this paradigm, as the terms against the central powers of Germany and Austria-Hungary were so total as had never been meted out on a defeated nation. The Great War was a civilisation-breaking moment, and the Treaty of Versailles which condemned the losers, although intended to repay the incalculable debt of death, was a dishonourable act of hot-headed vengeance. It set up WWII, and the resulting denazification program which was deployed against Germany was eventually expanded over the entire Western world, even over the victors. It was the birth of a secular story of original sin, whereby every nation had something in the past to be ashamed of and to make amends for, and that in turn broke down the will to resist that greatest of all taboo subjects – immigration. 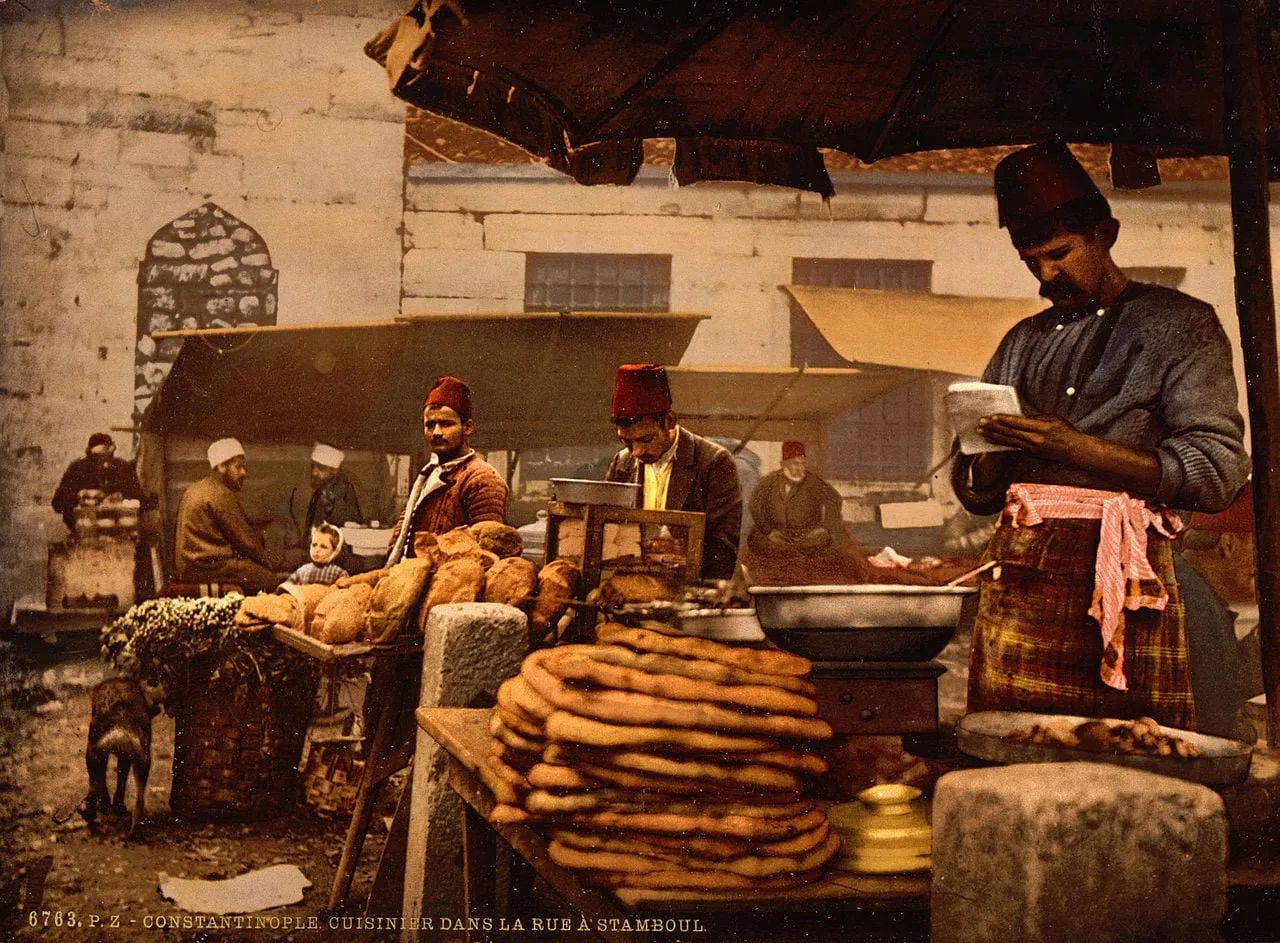 Although there are more nefarious reasons to explain this overwhelming tide into Western countries – such as ancient ethnic and religious grievances, sinister technocratic plots, naively idealistic globalism, and other reasons which are themselves undeniably true – there is a much simpler one. I think that these other reasons are largely opportunistic. It’s important to first understand that immigration is a drug which provides a quick, temporary boost while the downsides only come much later. Conveniently, those downsides often line up to be visible well after the ruling party is looking at being out of office. It creates a tension that can never be resolved. Something similar has happened other times in politics with other issues. In Britain during the 1990s and early 2000s, Prime Minister Tony Blair made a big point of saying he would be tough on crime (which was rising because of, you guessed it…). To go with this, he changed the way that crime statistics were reported so that it looked like his policies had made a significant impact. It was basically fraudulent, as it relied on public self-reporting of crimes instead of actual police statistics, but it worked in that it achieved what he needed it to politically, and the press was able to take his government’s statistics and run with them. By any other measure, actual crimes went up during his tenure, but by the official record they dropped dramatically.

You can see how this becomes a problem. How’s this relevant to mass immigration into Australia? Well, imagine yourself as the opposition party leader in the case of the UK as outlined above. You can jump up and down and make a stink about it, but when the time comes for you to review these laws, the minute you change anything you are condemning yourself to be the leader under whom crime went back up. Although wiser observers would see what you were doing and why, the average person would get the media sob story and you’d be condemned by everyone, at least until it was much too late. Men such as Ian Smith of Rhodesia, Enoch Powell in England, and others have worn this heavy mantle in the past and are still demonised by many, despite all their worst predictions coming to pass and even being nearly optimistic compared to how things have actually turned out. So now think of yourself as a political leader in Australia, or Canada, or New Zealand, or wherever – your opposition has this forbidden weapon called immigration which can be quickly raised in order to make the economy spin up. It looks absolutely fantastic on their record – jobs go up, GDP goes up, tax revenue goes up, real estate goes up. The big line just shoots up and does what liberal economists expect it should do. So now as opposition leader, you could try to go cold turkey and cut the immigration, but it would probably devastate a lot of industries that relied on the unfair conditions created by mass immigration, so politically that isn’t really an option because it’ll just look like you destroyed the economy by being racist. The big line would go down. In sum, that’s basically it, that is pretty much the whole reason immigration keeps going up. The price of bringing it down is too high, and ratcheting it down slowly can just be undone by the next government.

This motivation may seem simplistic and cowardly, but what kind of person do you think goes into politics in the first place? The ancient Greeks talked about this – Socrates asked his reader to imagine that a surgeon was making his case to a jury of children on what had to be done, while his opponent was a sweet shop owner. Who is the crowd going to choose – the one that says killing the infection will be painful, or the one who promises treats for all? Eventually the surgeon is going to stop trying. This is realistically what we ought to expect from democracy. The sort of people who run for office are actors and status strivers. You occasionally get an honest soul who thinks they’re doing good, but even in trying to appear as though they are doing good they will be undercut by their own intentions and the machinations of the careerists around them. The minute someone stands up and says they are stopping immigration and it’s going to be extremely painful, they essentially give themselves a losing position, even without the charge of racism being added on top.

The chart above relates to something mentioned earlier in the article. It’s from a studythat maps out human relations to their environment, starting at the self, going out to family, neighbours, society, and even to nature and the universe. The colour temperature indicates the sense of moral responsibility felt toward that group. As you can see, conservatives value things in a much more historically-normal sense, indicating that family and close relations are a much more immediate sense of concern. Liberals value things that are far away from themselves, far removed from their actual ability to influence, things like the environment and the universe. A sense of concern so abstract from oneself can only be managed by a system of enormous scale – a government or large, influential corporation, a mass in which they are but one tiny interchangeable part. The liberal is the mass-man, the creature of post-industrial society, the deracinated and cultureless consumer, whose existence is so catered to that he turns his attention and care out to the furthest reaches of perception and will happily leave his own family to want. It is exactly this bizarre kind of new human that pushes for and accepts immigration, because their concerns are completely untethered to immediate reality. It is this kind of person who sits in Rome at the last ever gladiatorial circus and complains about his popcorn being stale while Vandals and Goths are mere miles from the walls. Out on the fringes where history has run its course and the edicts of the civilised are but memories, there is true freedom, and despite it being within grasping distance he will never lift his arms to reach for it.

The images used in this article are colourised photos from the 19th century. They are not reconstructions or paintings, they are real people living out authentic cultures, being as they are, without any sort of pretense or even conscious effort. It isn’t just the world of authentic, traditional cultures that sits far out of our reach in our world of mass immigration, it’s the ability to unconsciously exist and to simply be as we are. Everything now is undertaken with a degree of self-awareness that past generations could not imagine. Immigration is perhaps the greatest crime ever conducted against human cultures, for it does not simply stand an invading army against defenders – both of whom know their duty – but it pits two groups of wholly innocent people against each other for mere economic efficiency. Different people do not naturally get along at scale. In a just world you and I would have no opinion on how the Chinese or Indians conduct themselves, and in so doing we could not be anywhere near as racist as people are capable of being today. Liberalism has created its own boogeyman, and it has set the guillotine over its own neck.