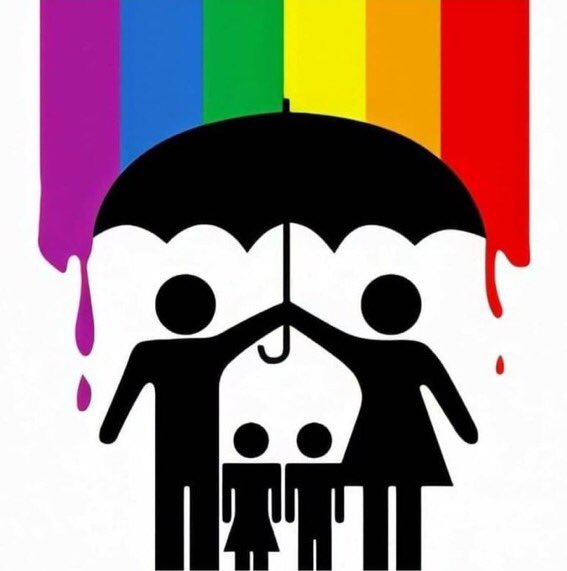 Catallaxy Files is the Australian version of Ace of Normies. Most of the writers and commentators on the site are of the deluded conservative type. (Although it is important to note that the original site was shut down about a year ago and two subsequent sites emerged from those wanting to keep it all running). Not all of them are so deluded, but enough of them are so as to make the generalisation accurate.

A few years’ ago when the Australian gay marriage plebiscite was being pushed through, I was one of the few dissenting voices over there trying to warn people that the harmless gays were not so harmless as they claimed to be. My attempts to raise awareness of the realities both of the sodomite lifestyle and the type of individual who revels in such practices were met with scorn and incredulity. Gays were harmless, don’tcha know? We should just let them all get married and then that will be the end of it. We are the enlightened conservatives who want to welcome everyone into our great modern community.

As it turns out, the folks over there in Catallaxy land are getting a tad uncomfortable with the steamrolling homosexual thunderpunk that just keeps rolling on and on.

We live in a less censorious age than did our forebears when it comes to matters of sexual behaviour. That’s a very good thing for the most part. Hanging for the crime of buggery is a tad beyond the pale. It’s good that our Western societies are tolerant of different sexual orientations and are understanding and supportive of people who believe they would be more comfortable taking on the outward appearance and manners of those who don’t share their biological sex. At the same time, toleration and understanding are not the same thing as endorsement; and certainly not praise.

This is what is known as the curse of the moderates, or what happens when reality catches up with your attempts to be socially inclusive. Smith claims that our less censorious age is a good thing for the most part, but his only evidence for such a stance is the fact that hanging for buggery was not all that it was cracked up to be. No reasoning for this opinion is offered. What must then be inferred is that our ancestors who were inclined to string up sodomites were beyond the pale.

On the other hand, previous generations who lived in such dark times were not plagued by the ramifications of unfettered homosexual behavior which we are forced to endure today. Among which are pedophilia, rampant pornography, the sexualisation of children from an early age, (with the corresponding immediate loss of innocence), and the state sponsored medical mutilation of children and teenagers.

Hanging a few faggots from lampposts seems like a small price to pay in comparison.

Homosexuality and gender dysphoria are aberrant. That sounds harsh, so let’s say they diverge from what is normal in human behaviour. Unless this is acknowledged things can go awry, as they have. Acknowledging that something diverges from the norm shouldn’t lead to condemnation but it should lead to probing questions and caution. Are you sure you feel that way, is reasonable and sensible to ask of any young person who believes he or she is gay or is in the wrong body? Instead, perversely, in a 180 degrees turnaround, our society tends to be censorious of those daring to ask such questions. Why, because homosexuality and gender dysphoria have been normalised; exalted even in some circles. All kinds of harm result. There is a balance to be found, which hasn’t been found.

Smith and those of his ilk want to have it both ways. They want to be permissive with regards to aberrant behavior but at the same time they want to be able to condemn such practices when it suits them to do so. But you cannot take the lid off the box of homosexuality and then leave it to the sodomites themselves to work out where your own invisible line between tolerance and condemnation exists.

Here is the Australian Centre for Professional Learning’s official document on teaching homosexuality to primary school students. The document seeks to push the normalisation of homosexuality and gender dysphoria for children as young as the age of six, while actively suppressing normal heterosexual roles. In other words, if little Tommy wants to play with toy soldiers this will be something to be frowned upon and possibly discussed with his parents. But if he wants to play Barbie dolls then this will be top marks for little Tommy.

Read the document and rage. It is no coincidence that such official policy is being pushed in the classrooms of primary school children. It is a direct consequence of the normalisation and acceptance of sodomite behavior.

Contrary to what Smith claims, there is no balance to be found. There exists no line where the perverts and sodomites will back off and be happy with what they have. Either the tap is open or it is closed. In other words, once you let them in then they will keep pushing their degeneracy until we are forced to do something about it.

There was a very good reason why these types of people were strung up from lampposts. Now we are finding out why.