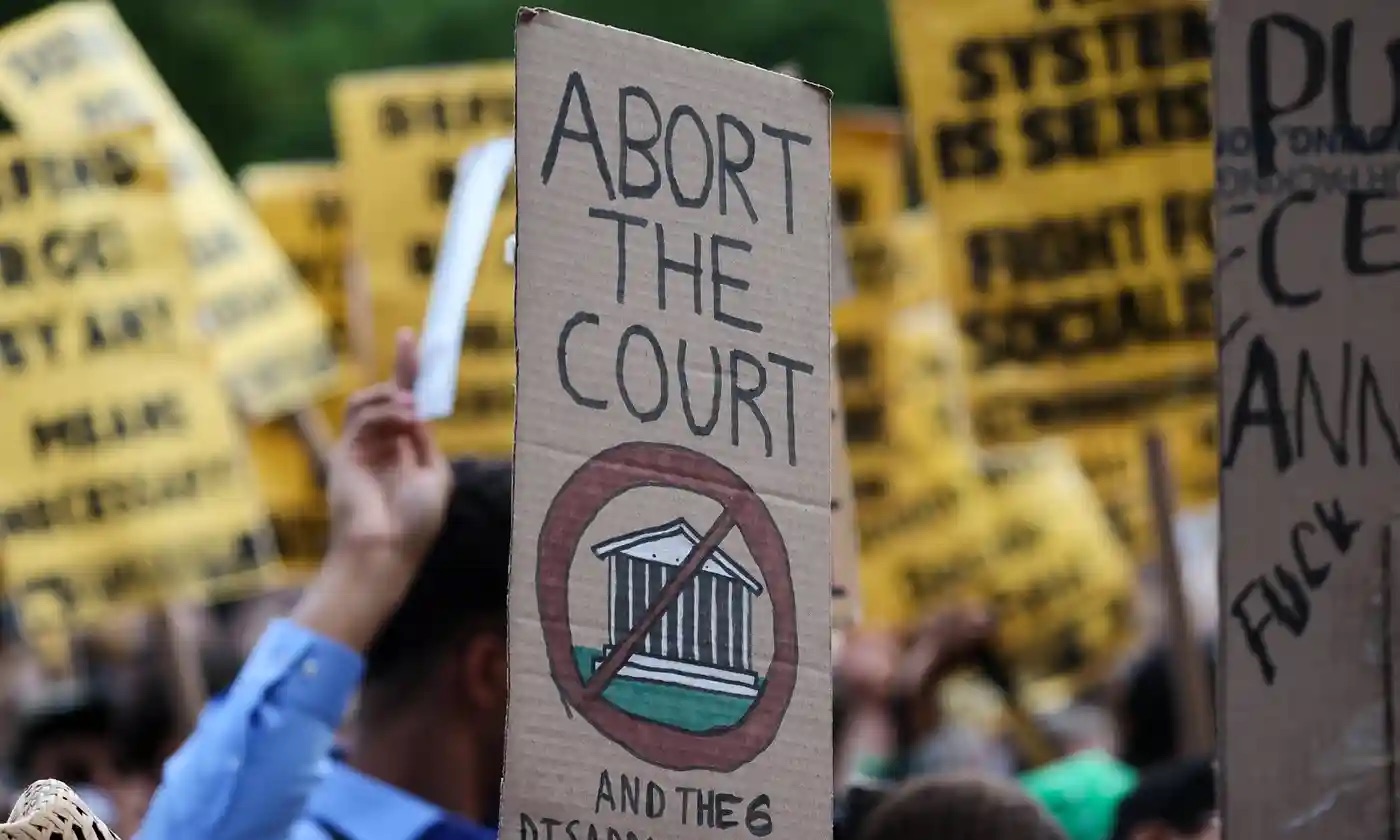 Millions of movement conservatives are celebrating today over the US Supreme Court’s decision to overturn Roe v. Wade, the 1973 Supreme Court decision that absurdly established abortion as a constitutional right.

We need not spend too much time contemplating the correctness of this decision or the absurdity of the original ruling. It is obvious and intuitive that the US Constitution does not grant the right to kill unborn children and the decision that claimed it does was based on a predetermined political goal, not some objective assessment of the law.

While this is a great victory for those that have been campaigning for years against abortion, we have to ask ourselves, why would the system back down on this issue now?

There are a number of possible reasons for this decline, one of them being the general decline in the pregnancy rate across all races. This would indicate that abortion rates are a lagging indicator of fertility rates, rather than a cause of declining fertility.

Additionally, the Supreme Court has not outlawed abortion, despite what the most insane hair on fire liberals on twitter would have you believe. They have simply said that in theory any state could outlaw it and not be violating a constitutional right. There is still the fight over which states will actually ban it, and what those bans may look like, a political battle that could take several years and get lots of attention. Will “morning after” pills, which are responsible for more than half of abortions, be banned by any states?

While this is a great victory for those that have been fighting this fight for years, a significant change in real world outcomes from this decision is unlikely.

In other words, this is a concession the system could afford to make to conservatives.

After 40+ years of Reaganism and the complete failure to change the social direction of the country in addition to policies that lead directly to the economic decline of Whites, more and more White people are asking themselves what is even the point of the GOP? Why vote for them if they never get anything done? The answer to that has always been the Court. We can’t afford to let these crazy liberals take over the Court.

But with recent liberal decisions on immigration and trans rights coming from this supposedly conservative Court, even that argument has come into question.

And this is the ultimate reason behind this decision. It is political theater at its best. It won’t have much of an effect on actual outcomes, and it gives a big incentive for Whites to reinvest in the GOP and the conservative movement for supposedly “getting things done.”

Right now at a time of increasing anti-White hate, violence, discrimination and disenfranchisement, and a GOP that not only refuses to do anything, but even refuses to acknowledge the existence of White people at all, we should not be fooled into following these people again. Our position should be to thank them for the concession, and still refuse to support them. This is not only the principled stance, it will require ever greater concessions from the GOP in the future as they scramble to try to retain White loyalty.