I haven’t been to the movies in over a year, but I kept hearing good things about The Northman and when I found out it was leaving Australian cinemas this week I decided to get off my bum and see it. This movie cost $60m to make, which means for it to be considered a success it needed to make 160m. So far it’s made about $40m. Which is a shame as it’s well worth seeing.

I love historical movies, I love seeing how people lived in different times and in different places. But I also want it to really feel like it is a different time and place. I don’t want to see current attitudes, clothes or hairstyles. I want to be transported to another time and place. I often have to compromise, to accept the things that are given and to ignore the things that are too much like today. With this movie you don’t have to. It is the movie the Vikings themselves would have made.

The modern world does not intrude into this story and that is the great strength of this movie. It looks and feels like that period of history, its attitudes are of that time. Here we have a movie where everyone is White and where the main character takes part in a slave raid. It does not pander to modern attitudes. Instead it takes the past seriously and shows us something that we would never see or be a part of.

The other thing that I really liked was how Norse mythology and mysticism was a big part of the film. It is an extremely pagan film, even if it starts with the legend AD 895. It shows a pagan world view uncompromisingly, its glory and its brutality. There are parts where it is unclear if something is really happening or not, but that fits perfectly. Because this is a saga, an epic tale that is historical and mythical at the same time.

So do I have any complaints?

Actually most relate to the female cast – Anya Taylor-Joy  is both beautiful and extremely odd looking. In The Critical Drinker’s review of the movie he asked if she was an alien. Although her acting is great.

Nicole Kidman can also act, but her face is an abomination to man and God!

You really can have too much plastic surgery and she is well beyond that point. It was the one thing that took me out of the movie.

Thirdly, why does the Valkyrie have braces on her teeth?

Last is that it can be hard to understand what is being said at times, sometimes they speak English, at others very accented English and at others in Old Norse.

Okay none of these are a deal breaker and none of it relates to the plot or action. This movie looks amazing and it is well worth two hours of your life, check it out. 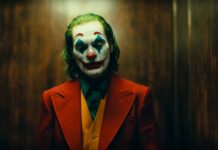 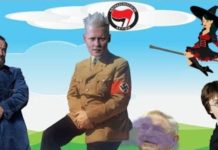 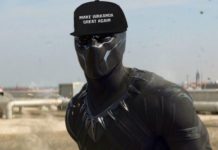 Why Black Panther Deserved an Oscar: A non-Racist Review