Video games have long been a cornerstone of White popular culture. Whether you appreciate them or not, their impact on White society has been very noticeable to the point where they play a significant part in many people’s lives. From the humble Solitaire to the complexity of the Elder Scrolls saga, games are now everywhere. But this industry has changed massively, and not for the better. What used to be a pleasant pastime has quickly become an obsession for some, an obsession that is now weaponised against us as a people. And with that, has come a loot chest worth of leftist ideology.

Back in the golden age of games, coders would manage to use so many tricks and techniques to squeeze and compress their code into the very finite storage mediums of the time. In the 80s and 90s, cartridges and floppy discs could hold very limited amounts of information and therefore, in order to create something of real quality, a high level of skill and passion was required in the coders. These people would stay awake into the wee small hours, trying again and again to write code in such a way as to make a working product that fit the limits of the storage. They had to be good and they had to make a product that was good.

Then along came the advent of the CD ROM and suddenly, things changed. Games could now incorporate proper 3D environments, stereo music and even video. I can remember seeing Virtua Fighter on the Sega Saturn back in 1994 in a local computer shop, my young brain couldn’t quite understand what I was seeing, it was amazing. And so, the coders of the limited storage day now had free reign to use their skills but with a lot more scope for padding things out and adding a lot more detail. And the gaming world took a giant step forward. Things were good, but it wasn’t to last. 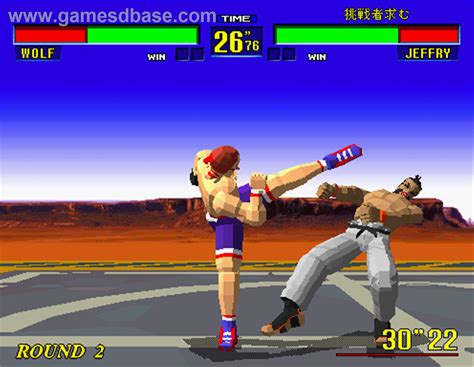 The problems started creeping in because production of games had become much cheaper. Companies didn’t need to make plastic cartridges with silicone chips or plastic discs with magnetic tape. They could mass produce on shiny plastic discs. So now a game didn’t have to be that great in order to justify the price of production. They could afford to take risks and make substandard products and still make a profit. And boy, did they do just that.

The industry started to fill up with games that just shouldn’t exist. Shameless cash grabs and low quality efforts started to spring up and increase their share of the market. You still had masterpieces but you had a lot of tat as well. And the skilled coder started to become a rare breed. Companies didn’t need to employ them. Nowadays, even with huge teams of people making games, software is released half finished or full of bugs and it’s down to the end-users to fix things. The industry has become lazy.

But not just lazy. It has become horrifically subversive. “Woke” culture has a firm hold on the games industry now. The anti-White narrative is quite obvious today. War games MUST have women on the front lines, and there MUST be Black soldiers fighting for the Russians in World War 1. In role playingg, there seems to be a need for an LGBT person / group and that aspect MUST play a key role in the story.  White men dominate the bad guys, even if you are up against an African warlord, there’s a White guy pulling his strings. We tend to think of this as being a very recent thing but even back in the days of Grand Theft Auto 5, anti-White narratives were in full swing. The two White main characters are an absolute mental case that’s overly violent and a chubby man with a failing family life. His wife is bored of him, his daughter wants to be a porn star and his son is fat and plays games all day. The young Black lad is the most normal and rational of the three. Calm and collected, thoughtful and cautious. How sadly predictable.

Occasionally, something will slip through the net but it’s becoming rarer these days, much like the film industry. It’s doubtful we will ever see something like Skyrim again. For those not in the know, a side story in this game is the battle to see if Skyrim will be ruled by the Nords, a White Viking/Germanic like people who are native to the land, or ruled by the Thalmor, a species of elf from a faraway land that look sort of human but have obvious long noses and large ears. These elves are very subversive and are working at banning Nordic religion and heritage. It’s all very familiar. But we wouldn’t get that today. 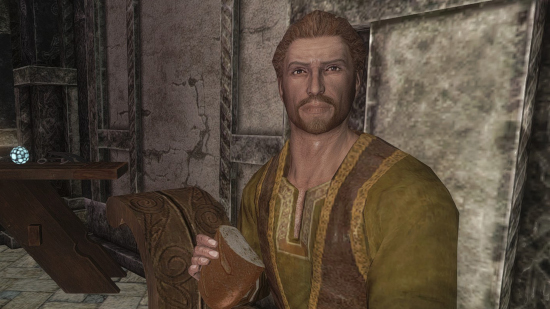 Another contrast of recent games with games from the past is the concept of “life” within the game. Back in the day, playing Super Mario World and being hit once meant death. You’d lose a life and go back to the start of the level. As time went on, the “health bar” was introduced and there were various ways to top that back up, in Castle Wolfenstein you could eat food for example. But now, it’s regenerative health. You take a few hits in Call of Duty, the screen goes red, you take cover and your character recovers ready to go again. This shift seems to have happened across many styles of games but it’s always there. This, to my mind, brings in a warped sense of reality to the gamer, especially if they are young and impressionable. The idea of finite time/life/ammunition/magic etc. it is mostly gone from modern games. Everything becomes more disposable because, unlike reality, there’s always an infinite supply of whatever you need.

The other issue I have with today’s games is that you don’t have to go out and buy them, you can simply download them, for free sometimes. Back in my youth I had to save and then go out and buy a physical copy of the game. Now, you get free games each month with your console. This is another way to shoe horn in all the ideology no one ever asked for. If a game is going to cost £29.99 (or was that just the good old days) and you know it’s full of pro lesbian themes and anti-White narratives, Joe Normie might not part with his money. But if it’s free, he might just have a go. Even more so for the kids that are into games. They don’t have that kind of money so they’ll happily take the free stuff and be exposed to all kinds of nonsense ideology.

And lastly, with a lot of these games, a downloaded copy is the preferred option rather than a physical copy. No box, no manual, nothing to actually own, just 1s and 0s on a hard drive. No cartridge to eject, blow on and re-insert to make it work. No skilfully drawn or graphically created box art. In my opinion, the gamer is missing out on half of the experience by not owning the actual game and anything that accompanies it. And potentially, if the internet goes down, if their account gets blocked, if some server is hacked, they cannot actually get to the games they apparently own.

The games industry, like the movie, music industries and even TV, is hitting lows that shouldn’t be possible. It’s cheap, soulless, anti-White and a time sink. It’s had all its positive qualities removed and all its elite creators replaced. And we shouldn’t be giving it a free ride just because we enjoy some of it. The same as we don’t give TV any free passes. A lot of people in our circles have binned the entire concept of watching TV due to its anti-White nature. Newer games and consoles should go the same way with nationalists. I’m not suggesting you don’t play games if you enjoy them. I’m writing this in a room with an old Super Nintendo and an Xbox 360 after all. But I am suggesting that we push back against them the same way we generally do against TV, music and movies. They all come from the same place. They’ve all been infected. They’re all anti-White to a large degree and they all distract us and our people from the horrors of multicultural Britain and its debt-based economics.

We all have a monumental game to play in our day to day lives. There are no “continues” and no regenerating White cultures in this game and currently, it is on the “Hard” setting. We only have one life each and we need to make it count for the greater good. You might not want to play, you might think it’s too hard or you might think that the result of the game won’t make a difference to you because you aren’t taking part. But that’s not true. We are all involved and a based NPC*, that says all the right things but doesn’t take part in the main quest, is still just an NPC.

Play your part by playing the only game that matters.