I don’t know where I heard it, or did I read it… But whichever way it entered my mind the thought of Klaus Schwab as ‘low hanging fruit’ remained with me for a while. It somehow didn’t figure.

And after chewing it over a few times during the following week I realised what the problem was, Schwab isn’t ‘low hanging fruit’. Both he and it are vulnerable, it to being picked and him to criticism and scorn, but the two are separated by agency.

Low hanging fruit is a victim of incident, luck and nothing else decides that it should occupy the easily accessible branches, whereas Schwab had a role in creating his vulnerability.

The fruit is, Schwab does.

Schwab has created a persona that invites contempt. He’s a self-made soft target. Of course that doesn’t make criticism of him any the less valid, it’s only in the case of low hanging fruit that its situation mitigates criticism of it. Not so Schwab.

This raises an interesting issue, the point of this essay, Schwab’s intention: Is the outcome of his doing intentional or not?

He’s the western elite’s front-man. He’s the public face of the hidden few. And yet he’s become a figure of fun, through his own endeavour. He’s somebody you can’t take seriously; see him and laugh. He’s the nutty pensioner who wants to implant a microchip in everybody’s head. And yet his intention, one supposes, is to convince.

It’s hard not to wonder at his methods. They’ve led him to be seen as some sort of half-comic half-menacing nut. How does this benefit the NWO (New Western Order)?

Or was the idea to create a visionary genius but something went wrong and they ended up with crazy Klaus. It’s as if he’s painted a bullseye on his back and his actions and persona have been designed specifically to encourage us to take a shot.

Schwab’s messianic enthusiasm for transhumanism raises a question mark. He thinks the answer to the problem is immortality and that it can be achieved by becoming half machine. No, don’t laugh, he’s not insane, honest. It’s what he believes. It’s the fantasy he and his ilk pursue to keep their minds off their fear of their own mortality. It’s pitiful. But it’s revealing. It’s a clear illustration of the mindset that’s responsible for the disaster we see all about us: The refusal to face reality. 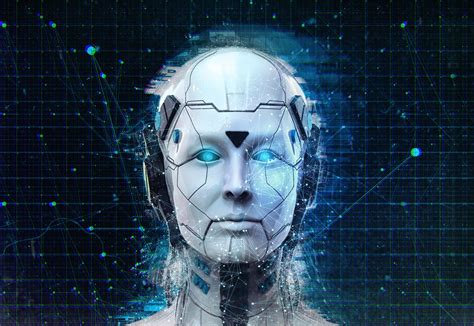 Schwab’s penchant for kitsch, ‘futuristic’ and unintentionally ironic fancy dress outfits encourages the conclusion that he’s a Star Trek fan who wears Captain Kirk pyjamas and whose last words on retiring for the night are ‘beam me up Scotty’. Does he really think this is the image to cultivate credibility and influence?

This is the man whom the would-be rulers of the west have chosen as their representative. In 1969 Schwab was at Harvard studying public policy and being mentored by Henry Kissinger – and if that doesn’t set alarm bells ringing I don’t know what will. Two years later in 1971 he and his wife set up the World Economic Forum (WEF) under the idea that ‘the world is best managed by a self-selected coalition of multinational corporations’; Schwab’s aim is the ‘replacement of the democratic model’. Later on Mr and Mrs Schwab set up Young Global Leaders to identify future national leaders and manipulate their thinking towards world government.

Schwab is an influencer tasked with changing the world. He wants to tighten the tyrant’s grip. In what way are these aims furthered by Schwab appearing to be unhinged? Or do we misunderstand him?

Perhaps the self-conscious German accent Schwab employs whilst speaking English is natural not contrived, maybe his spaceman costumes are futuristic not idiotic, and maybe his carefully manicured Dr Evil appearance is just how he looks and not the work of conspiring make-up artists.

Klaus is by design or he’s not. He either intends to project gravitas but unintentionally comes over as gormless, or he is intentionally gormless.

Who can forget ‘You’ll own nothing and you’ll be happy’? This was pure Schwab. Only the gormless would expect it to be well received. It was a classic example of projection gone wrong: Because the WEF are happy for you to own nothing, they assumed you’d be happy to own nothing.

If this was an attempt to get people on board with the ‘great reset’ it is ineptitude of the highest order. Did they really not play this one out before committing it to the public? How was it no one anticipated the obvious checkmate question, ‘If we won’t own it, who will?’

This had to be a cock-up. The haste in which they whipped it from view suggests they’d not anticipated the reaction. And these people are supposed to be smart. You’d have thought Schwab and those that direct him would work everything out beforehand, precisely what needs to be done and when and how to do it. Mistakes are going to happen, but it’s inconceivable that they’d have Schwab in position if they didn’t want him there.

Is it a Machiavellian plot in which Schwab has us perceive him as a fool in order to somehow better control us – if it is it’s unclear as to how it works.

His WEF has a finger in every pie, politics, industry, art, entertainment, mass media and society, and each is working to undermine national sovereignty and replace it with fascist corporate control. Klaus Schwab fronts this massive power grab. This time the king isn’t in the ‘all-together’, he’s wearing a Spock outfit. Maybe his ego persuaded him to go public too soon.

Schwab is a man of his time. You can bet he was one of those that in the 1970s was predicting we’d all have flying cars by the turn of the century. Obviously Schwab was chosen by someone who actually believes that outward appearance has nothing to do with inner workings. Only a liberal mind could come up with a Klaus Schwab, someone who thinks things are not as they are but as he wishes them to be.

Schwab is by design, his problem is that he was designed in the 70s. He’s going on 85 for goodness sake! Give it a rest grandad. He doesn’t see his own hypocrisy and arrogance. Nor does he see his absurdity. Like all globalists he’s convinced himself he’s right and he’s determined to cling on until the end. Schwab is a man of grand ideas with no experience of life outside his carefully tended bubble; who else would try to convince people they’d be better off owning nothing?

Schwab and his ideas are a desperate rehash of communism and they belong to yesterday. And it’s a nice irony that his repellent persona is helping undermine him.