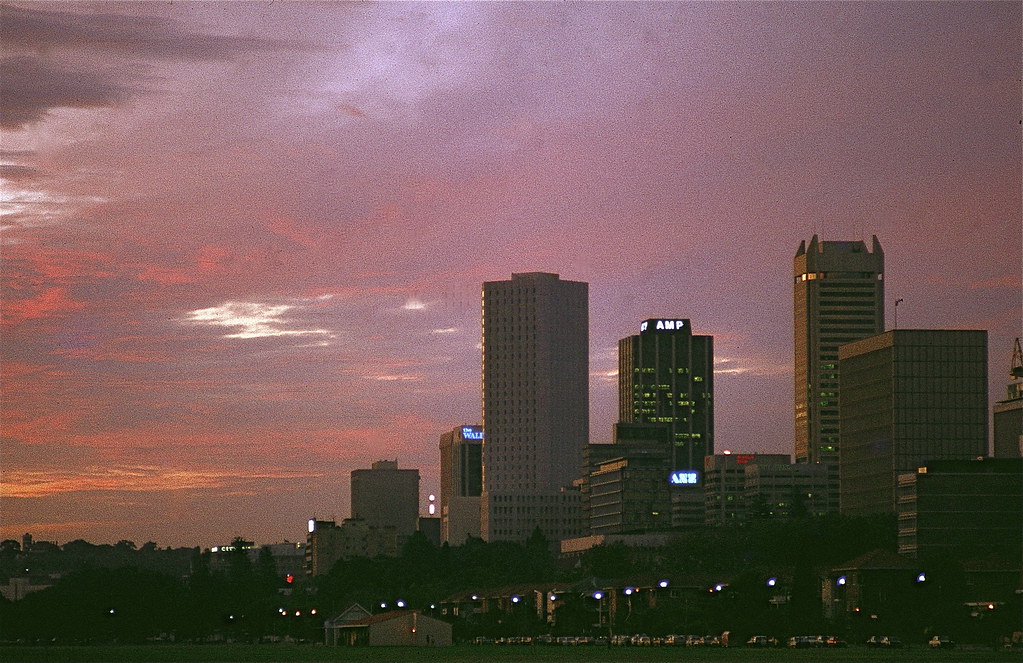 Growing up in Western Australia and coming of age in the late eighties was a privilege, an awareness of which only increases with time. That period was the culmination of a good few decades of prosperity, but most importantly, it was a time of innocence, when public and social life was uncontaminated with the extreme viewpoints and vitriolic rhetoric to which we are now exposed on an endless basis.

In the eighties, the evening news was the evening news. As far as manipulating the population against a common enemy, the worst that could be described was whichever team was playing the West Coast Eagles that weekend. Perth was loud and brash and coming of age, the hosting of the America’s Cup in 1987 the defining moment of putting the town on the map.

P.J. O’Rourke famously included Perth in his list of parts of the globe whereupon time spent there in a manner of getting away from it all was more akin to a trip to Dante’s Inferno. But when you’re breezing in and out on a five day rotation, genuine authenticity can appear phony and fake. Perth had no pretensions of itself; what was offered on the plate was what you got. And the goodies for this kid at least were substantial.

Remember, this was the time before massive immigration, so when we went to school the foreign kids were Italians and Greeks; we even had an Asian kid from somewhere in the Malaysian region. He was a good friend because we didn’t see race. The exception to this were the aboriginal kids. The town versions were trouble, big trouble in a very dependable way, so you avoided them and if something became unavoidable you stepped up and gave it your best shot to finish it as fast as possible. The country versions were the opposite side of the coin, great kids with intimate knowledge of the paddocks and brush swept forests and scrub land, such that a day spent in their company was a continual process of acquiring knowledge of the land in which we were born.

Because there was no mass immigration, the city was not overdeveloped. Duncraig and Greenwood were the northern limits of the town, with the Gnangara pine plantation being out in the country as far as we were concerned. Hillary’s harbor and everything north of it didn’t exist. It was empty beaches as far as the eye could see. Beaches to which we went religiously on the weekends, first as sulky teenagers with our families, and later as brats with our own cheap cars and a whole different list of fun things to do. Camp fires on the beach at night, burnouts at the low tide mark; or the epic fun of tying a rope to the rear of a car, kneeling on a boogey board, and doing your best to keep it on the water as the car roared along the hard packed wet sand and the waves shot far up onto the beach and receded just as dramatically. Hit a section of dry beach that had been water only a few seconds before and your ride would come to a halt in a tangle of sand and limbs.

Rottnest Island was another favorite haunt, in summer or winter. Twenty clicks off the coast by ferry, the price of which was in reach for even the most frivolous of fifteen year olds. The ferry would slowly move down the river until it got out onto the open ocean, and then it would power up for the crossing which we spent out on deck with the salt blast in our sun burnt faces, or cowering inside if a winter gale had spoilt the serenity of the passage. Rottnest was the people’s holiday island, bereft of private property and blessed with an abundance of cheap holiday cottages available for rent from the local authorities. The island bakery was an institution, as was the pub when we all finally hit the magical age of eighteen. We had our favorite surfing spot out on the point, but Geordie Bay was our hangout of choice, the waves lapping the protected beach and the best looking girls went there bar none.

In the winter it was the rolling hills of Dwellingup and the Blackwood river catchment where we spent our time, whitewater kayaking among the forbidding stands of Karri and Jarrah forests. Once again it was a family affair, and this continued even when us kids were old enough for our own vehicles. We brought our mates and girls with us; new paddlers on the river were known as “mugs”, as in, “it’s a mug’s game”, and much mirth was had at their expense. Kayaking as a sport was so rare that if another vehicle on the long drive down was seen with one of the new plastic boats on the roof, then both vehicles would pull over; perhaps to team up if we were going in the same direction, or maybe to get updates on the river conditions if one group was going home while the other was still on their way down.

There was, of course, no internet in those days and no mobile phones either. Plans had to be made, way points designated, and times worked out so that different groups could come together from around the city. Friday nights we spent in Northbridge, a seedy rat hole now but back in the day it was mostly harmless while being impossibly cosmopolitan and daring. The list of clubs was legendary – Aqua, Limbos, Hannibals with its neon sign of an elephant, the trunk darting up and down as it tried to entice you inside; Geisha, Pinocchios, Universal, and The Brass Monkey pub where most of the night’s activities began. We must have spent hundreds of nights in that quarter over a handful of years, and never a problem did we have.

In our suburbs, life was a pleasant continuation of the years before. Wide streets with hardly any traffic, safe for kids to spend as much time outside as they were able. All the neighborhood kids knew each other, and our domination of our individual patches of turf continued as our bicycles grew in size over time. Every house had a quarter acre block, and housing units were just about unknown. We walked or cycled to school, whatever the weather. Our parents were divorcing so some of us had to split our energies, and we were truly latchkey kids. We had a fierce independence such that when we finished school for good almost all of us moved out of home. Looking back, the ones that didn’t flee the nest were those whose families had stayed together and where mum didn’t work.

After our parents divorced, our mum got a flat down in Maylands at Tranby On Swan, a working class abode that sat on the banks of the Swan river. As young teenagers we spent entire summers at the little jetty with its diving tower and platform, artfully bombing the floating schools of brown jellyfish, their broken pieces floating to the surface and seeming to rejoin together as they floated by. The summers were hot, mind blowing hot. Our schools had no air conditioning, and an afternoon math class in February was about as bad a torture as one could wish upon a worst enemy. In 1987 Perth went over ninety days where the daytime temperature didn’t drop below 35 degrees celcius. After school we would scab a lift to the beach, usually City Beach or the appropriately named Scabs beach. The car park would burn your feet but the hundred meters of blistering white sand was even more treacherous. We learnt to surf and be chased by girls, and as the sun would go down in a fiery ball into the Indian Ocean, we would head up to one of the many snack bars and order the best vanilla milkshakes known to man. Then the only thing left to do would be to figure out a way to get home before the estranged oldies realised that we were at neither of the parental abodes.

We never knew how good we had it.