Martyrdom is not something that one takes on. It is granted through those that see the actions being done. We take on their struggle and we ensure that it does not perish with us and we fight in the name of the man who perished. In the struggle of our survival, we have our martyrs but so do those outside of the circle.

The conservative movement as a whole has been re-engineered courtesy of Donald Trump. Whether we like it or not, we have no way back to the pre-Trump experience of politics. His electoral pitch sounded like fresh air, akin to the George Wallace Presidential campaign of ’68 or the Patrick Buchanan campaigns of 1992 and 1996. His whole life before electoral office was a representation of America as a whole: competent, powerful, rich, lucky, charismatic, energetic, et cetera.

His whole shtick was to “Make America Great Again,” and having the host of The Apprentice did make the emphasis needed compared to Clinton. His victory was memed on 4chan and on the internet and the establishment had their meltdowns. His election was seen as divine, not because of any deification of the man, but rather the odds that he had over the system. Such a situation compelled people like myself to support him if not for anything else. But the victory laps were all the more fleeting the longer one examines the Trump Administration from 2017-2021. The refusal to strip citizenship from millions of “anchor babies,” banning bump stocks, missile strikes on Syria, promoting a COVID vaccine, granting $38 billion to Israel and condemning White nationalism ad infinitum whenever the media asked for it. It made for a bitter pill to swallow for his voters. Meanwhile a special breed of this crowd insisted that Trump’s mistakes were calculated to outplay the establishment (which had already defeated populist movements in the past, but never mind that.) This became the Qanon movement.

Qanon is a troublesome subject. Not because of its definition but rather due to the nature of those that use the term and its principles. In any bookstore and its contemporary politics sections, it is bound to have at least one book whose politics conform to the globalist, Jewish-run order of the day. Whilst insisting that he was to be separated from whatever rhetoric Qanon supporters gave out, Trump was not above toying them around with words like, “drain the swamp,” or “lock her up,” if it meant a few more supporters on the table. Never mind the inaccuracies or the fact that it sounds like Operation Trust from the Soviet Union, just “follow the White Rabbit,” whatever the hell that means. Instead of thinking about the issues that harmed America such as immigration and demographics, tens/hundreds of thousands of people were told to “trust the plan WWG1WGA,” no matter how insane the Q-posts were.

Trump was their martyr for an ever shrinking seat at the table, which was being reserved for the protected species of the nation (American Indians, blacks, trannies, Jews, gays, et cetera) that was bound to crash and burn. For the normal-thinking person, they ought to have known something was awry the moment Trump stated the wall was to be a metaphor and not a physical one. They ought to have known not to trust the words of someone powerful and yet weak, of someone supposedly innocent yet having enough contacts with men like Jeffrey Epstein. Trump was seen as a symbol of America and his failures proved the assertion correctly. While George Floyd’s army of martyrs attacked city after city, Trump held a Bible out in front of a church. While words were said about law and order, people died and their homes and businesses were destroyed. They lost everything in that time and before they knew it, Joe Biden was inaugurated as President and their victory was nothing but a speed bump in the plan. Their friends marched on Washington on the orders of “Q” and after being denounced by Trump, they are now going to suffer humiliation or prison sentences or time in remand that BLM activists and rioters will never receive for burning down America and tearing down its statues. The hero worship worked out oh so well, until Trump denounced the demonstration on Jan 6th and told people he was fully vaccinated. But hey, at least we owned the left and trusted the plan, right? Right?

Compare him to an American martyr who never had the chance to win a Presidential Election—George Lincoln Rockwell. Born on 9th March 1918, Rockwell was a US Navy Commander who served in WW2 and Korea. He grew from a conservative outlook until he  formed the ANP in 1959. Rockwell was a counterweight to the Jewish-led Civil Rights Movement and its communist cadres such as Martin Luther King. He showed White Americans that there was no sin in defending the White Race nor was there a sin in stating “White Power!” For this heresy against the cosmopolitan designs of the Post-WW2 world order, he was made out to be evil and racist and all the slurs that are now slung at anyone today. This should not frighten you. If anything you should be smiling, they haven’t changed a bit from the 1960s.

Rockwell took on the US when it embarked on a total alteration of the system. The people no longer had to choose between the Republicans or the Democrats, but could choose a man who could stand for the survival of their way of life. Rockwell led 10,000 of his fellow White Americans through Chicago on the 10th September 1966 as a sign of resistance to a plan that was never consulted with the public and consequences that were never disclosed. Rockwell had managed to debate Stokely Carmichael earlier that year and came up with the phrase, “White Power,” as a counter to Carmichael and the Black Panther’s cry of, “Black Power.” Rockwell was shot on the 25th August 1967 by an irate member who inserted Bolshevik principles into the material of the ANP, long before his chance to run as President.

Rockwell showed that White America, and by extension the White Race, had the potential to fight back against the system and that he did not need to be born into power or money to have it. He worked for it, he struggled for it and with a thousand men he changed the lives of thousands more. His resolve inspired many, past and present and future. Even when dead, his words prove all the more powerful. Meanwhile, Trump has been bankrupt several times, had a man ghostwrite his famous book, married and divorced several times and flaunts his wealth as a reason for you to trust him on the next grift, whether it is Truth Social or whatever. If one judges by deeds not words, then the matter was resolved a long time ago, long before I was born.

“But you’re supposed to let them do it to you over here! What I am getting at in this country is that the Blacks vote Black, the Jews vote Jewish! Only the White People are stupid enough to divide themselves and cancel each other out into little Democrat and Republican teams and you got to cut it out! If they vote Black and they vote Jewish you got to vote White!” – GLR, 16th May 1967 at UCLA some months before his death. 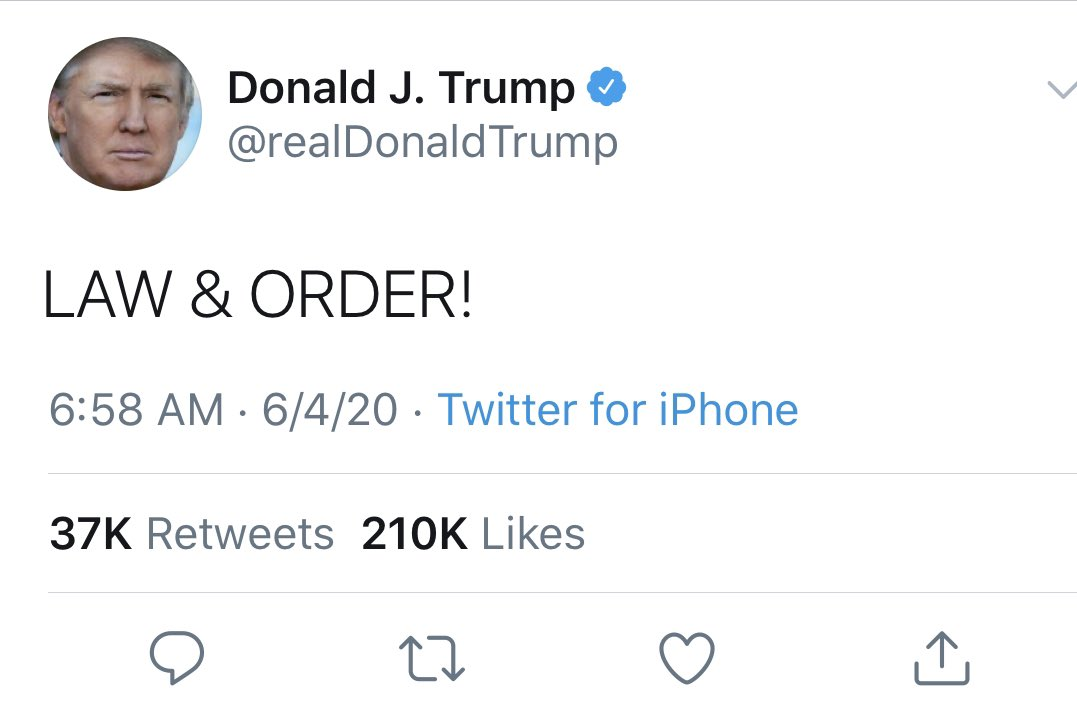 “Law and Order.” – Donald J. Trump, as America burned because of one black overdosing on fentanyl.

You can find The Australian Nativist at Telegram.