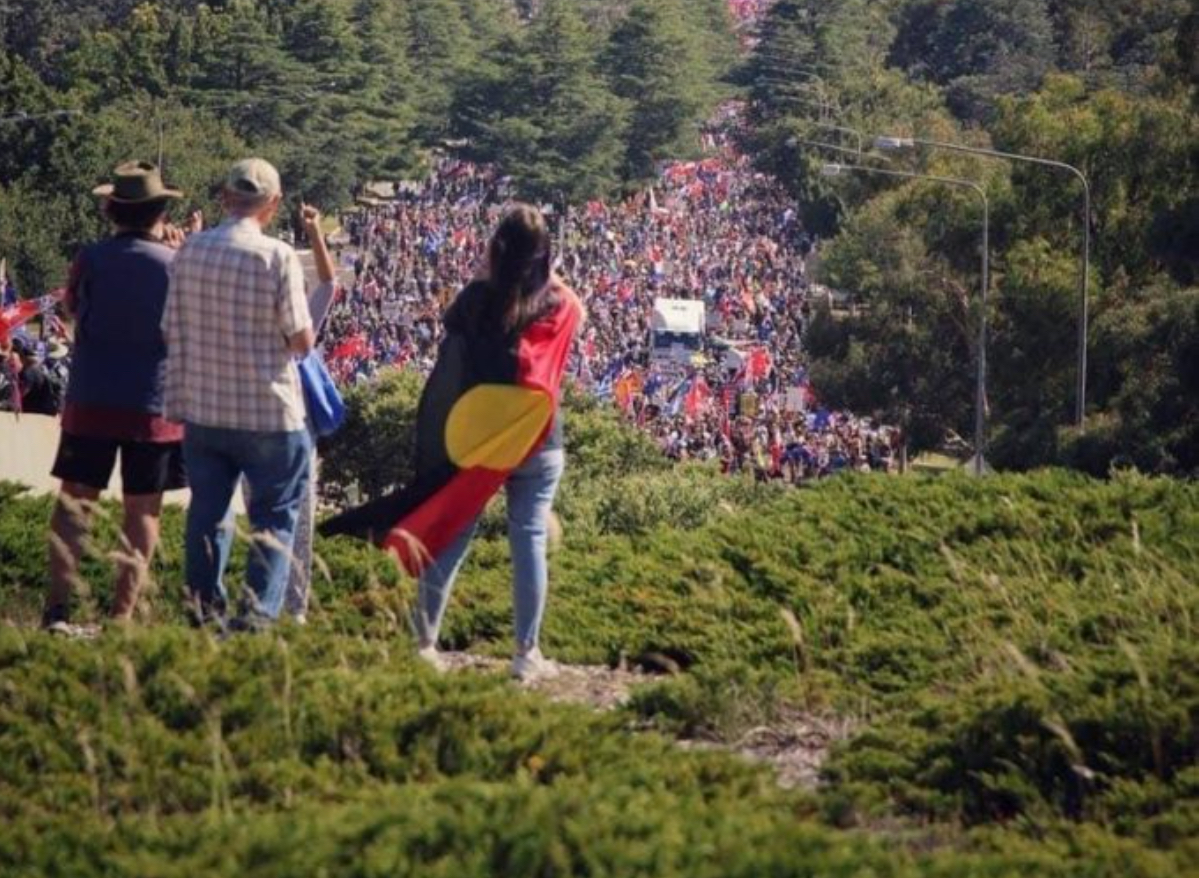 One of the great pet peeves I have with the Freedom Movement (TM) is the idea that they are fighting against the lockdowns and that they want to go back to normal. In other words, they want 2019 without COVID or the lockdowns. They want a return to a society that was already on the rocks, but didn’t want the personal strain of seeing those rocks before it hit the ship (so to speak). They do not want to see their day-to-day being violated any longer. The longer the protests wore on, the greater the sight they have of society. Of those that mock and those that are mocked. Some of the protestors are still in their cosmopolitan bubble, still out and about but with a few barriers here and there. Others have braved hundreds or thousands of miles only to be abused by police, beaten and manhandled by police and assaulted with strange devices (LRADs I believe it is) with little to no accountability from the government or the law as well as insults from the vaccinated public and from talking heads. The freedom protests insist that there has to be a change within the system and that if the system relents and abolishes the mandates, then it is over. This idea, after some consideration, is retarded on every scale imaginable.

These people insist that the system can be changed for the better, hence the desire for the UAP or AUS1 Party or any other party to win seats/and or government. The UAP, with 80,000 members and candidates slated for every House and Senate seat available, would show off the best chance but it would also be catastrophic once it is blown out of the water (and I believe it will be). Any person who insists that abolishing the mandates should be the goal is either a grifting liar or a hopeful dreamer yet to face reality. Understand that if you wind everything back to what it was in 2018 or 2015, back when everything was “sensible”, the people who took two years of your life will still have their jobs, their power and their money. Many insist on a Bill of Rights or trials for the culprits, all within the system obviously, but both ideals are farcical. Please observe the United States, where over 100 cities burned because one black man overdosed on fetanyl while the footage of such an event was edited, the trial was screwed up and the mobs were ready to burn if Derek Chauvin came out of it a free man. I have made this observation and many others have, regarding the United States: If every Amendment has been nullified or altered in its interpretation or in its execution, then threats regarding the Second Amendment are pointless. Hell, the 2A was altered courtesy of the Federal Firearms Act of 1938, the Gun Control Act 1968 and other laws (including the ban on bump stocks courtesy of Donald Trump). As for trials, there is neither the emphasis nor the condemnation needed for such an act. This doesn’t include the constant call to remain nonviolent as the state police use as many immoral tactics as it so wishes. Yes there is talk of all of this, but the Freedom Movement insists that by doing this it will end the struggle. That they can go home and enjoy a world circa-2015.

But they can’t. Too many years have been lost. Too many people have come and gone with the same message only to be damned. Pauline Hanson in the 1990s, Cory Bernardi and Fraser Anning are a few examples. The system could be wound back, but the people who profit from the mandates and goaded the population to take the vaccine, they would still be around. They would have billions of dollars to lobby the hell out of any government that dared to take its foot off the pedal and dared to take its eye from the Great Reset. Any Freedom Movement person that watches the “celebrities” such as Monica Smit, Aussie Cossack and Avi Yemeni should know that they are all grifters. Smit recieved $350,000 for 28 days’ jail, yet men like Thomas Sewell spend 7 months in solitary and receive nothing but contempt from those that would protest against the system. Aussie Cossack is a known foreign agent, having participated in events to usher in pro-Russian sentiment into Australia, yet he is running for a seat in the New South Wales Parliament. When confronted about his past, Cossack tried to intimidate the young man who simply wanted him to name the people responsible for our quandry: The Jew.

His pro-Russia shilling has become all the more apparent given the anti-White conflict in the Ukraine. As for Avi Yemeni, asides from being a former IDF soldier and a convicted wife-basher, he makes his way through every far-right movement and protest group and screws with it. The 2017 protests for South African Farm Attacks, the Australian Liberty Alliance (later called Yellow Vests Australia) and now this movement. The leaders all want their struggle and their comfort uninterrupted. They will urge for change but when things need to be said, they shut it down. Speaking of, I’ll need to say a few things.

What if the movement fails? 99 out of 100 protestors hope that the coming elections prove to them that the mood is changing: SA election in March, Federal between May or September and Victoria in November. Of course, we are hearing that mandates are rolling back or they are dropping in some cases, but they assure us that it has nothing to do with the protests whatsoever. No no, not at all. So, what happens when the Freedom Movements fail? Do you wait until May-September 2025 to get rid of a third-term Scomo or first time Albo? Many people are suffering now, they are suffering because they have been cast away from relationships and networks that they have built with their lives. They have been pushed over the line where they are regarded by the police as trouble and by online lurkers as filthy scum. How many can believe in reforming the system when the system gives nothing to them. It does not give back to those who have worked for their lives and it does not give to their children at all. Many march on the streets yearning for a life that is now manufactured, decadent and fake. The true Australians, the White Australians born and bred here, are found where they do not listen to mindless drivel and instead focus on outlasting the system by refusing the jab, boycotting the TV and divorcing themselves from anything that tells them that they are scum. This is not what our ancestors died for. They did not die so that we become slaves. They died free men and free women, forging their own destiny without a leviathan of fake and gay drivel. We must emancipate ourselves from the society that is no longer ours. This society is expedient, consumerist, decadent, degenerate, feeble, overgrown and ever-consuming. All due to a bastardisation of the White Australia Policy, protectionism, our racial spirit, the nuclear family and our soil, courtesy of the Jews.

So, come this Federal Election, vote for whoever you want. Because it means nothing. Get out as quick as possible. Divorce yourself from the banking system that will shut or freeze accounts like that in Canada. If you have land in the country with good soil and water, then that will be all good. Many people are going to see Scomo or Albo as their Prime Minister by the end of the year. Either way is pretty gay, we’ll say that much about it. Tens of thousands or hundreds of thousands will see their work crushed overnight. Boomers will have no idea what to do and neither will the youth. As for those who prepare to divorce ourselves, well, we’ll have the idea by then.

You can find The Australian Nativist at Telegram.