They’re going to need a lot more camps this time around: 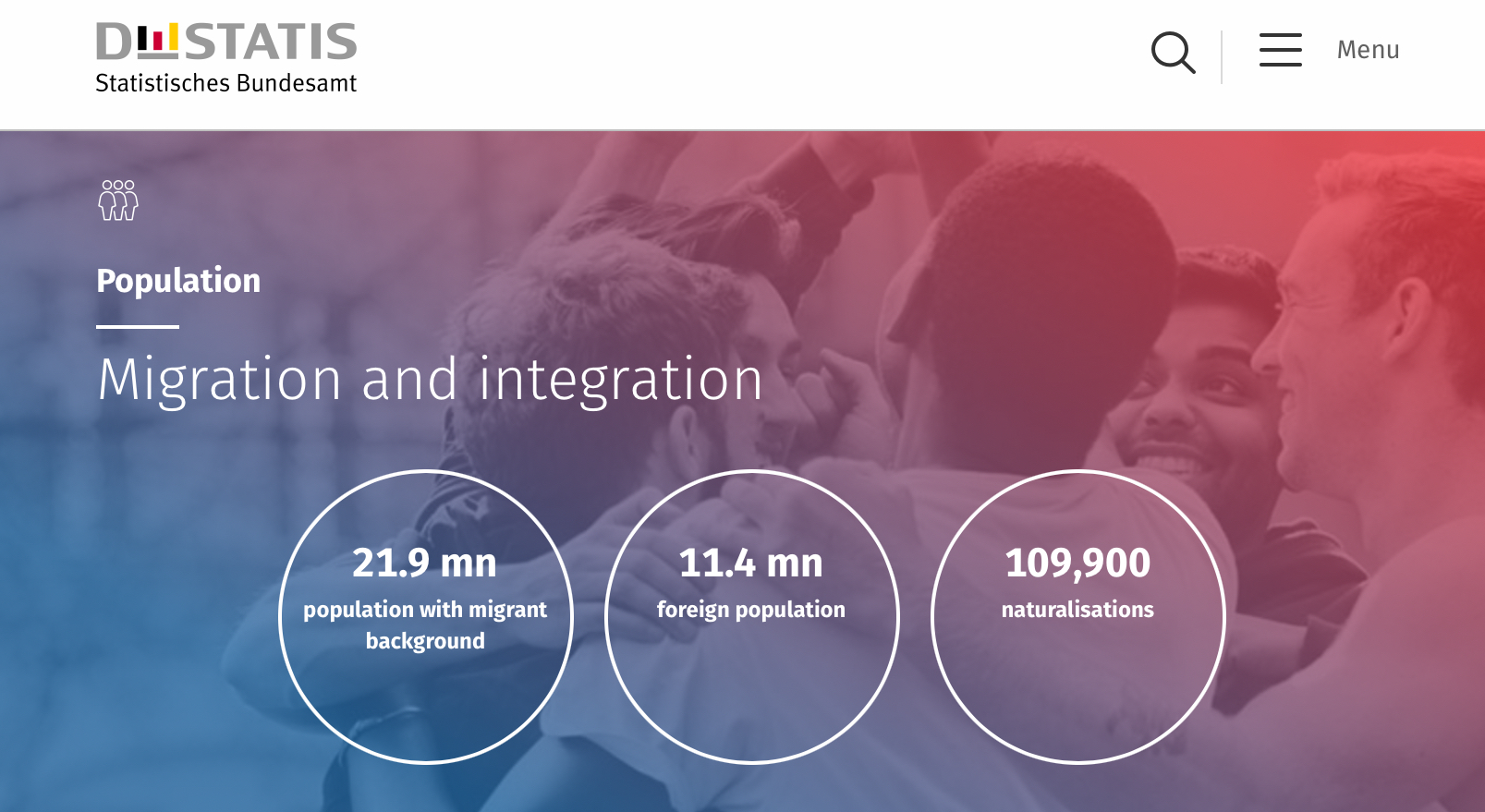 That’s over a quarter of the population. On with the story:

BERLIN, Feb 27 (Reuters) – Chancellor Olaf Scholz said on Sunday Germany would sharply increase its spending on defence to more than 2% of its economic output in one of a series of policy shifts prompted by Russia’s invasion of Ukraine.

Germany this week also halted its Nord Stream 2 gas pipeline project with Russia and agreed to send weapons to Ukraine after long resisting pressure from Western allies on both issues and facing accusations of being too dovish towards the Kremlin.

We have always been at war with Eurasia.

“We will have to invest more in the security of our country to protect out freedom and democracy,” Scholz told an extraordinary session of the Bundestag lower house of parliament on Sunday.

“Freedom and democracy” is code for mass migration, state mandated homosexuality and arresting Santa Klaus and beating up women for violating Covid restrictions:

German police arrest Santa Claus for violating COVID rules at the Christmas market in Stralsund. Yes, sadly this is real life, not a bad Christmas movie.pic.twitter.com/SzCk9e6Odg

Germany has long resisted pressure from the United States and others to raise its defence spending to 2% of economic output in the light of its 20th century history and resulting strong pacifism among its population.

I have a theory that a big part of the reason many Japanese men hide away in their bedrooms and Germany is being literally gang raped by diversity is because both countries foreswore military aggression after World War 2. If you’re not allowed to defend your women and children, what is the point of being a man? It’s no wonder they’re not bothering to turn up to life.

According to NATO statistics, Germany is expected to have spent 1.53% of its GDP on defence in 2021.

Scholz said the government had decided to supply 100 billion euros for military investments from its 2022 budget. Germany’s entire defence budget by comparison was 47 billion euros in 2021.

But the next generation of fighter jets and tanks must be built in Europe jointly with European partners, particularly with France, he said.

He also said that Germany had to move quickly to reduce its dependence on Russia as an energy supplier.

On Germany’s decision to send Ukraine defensive anti-tank weapons, surface-to-air missiles and ammunition after long refusing on the grounds that the country did not send weapons to conflict zones, Scholz said simply: “There could be no other answer to Putin’s aggression”.

An interesting article appeared on the UNZ Review recently, which argued that the American Regime provoked the Ukraine War to sabotage relations between Germany and Russia: 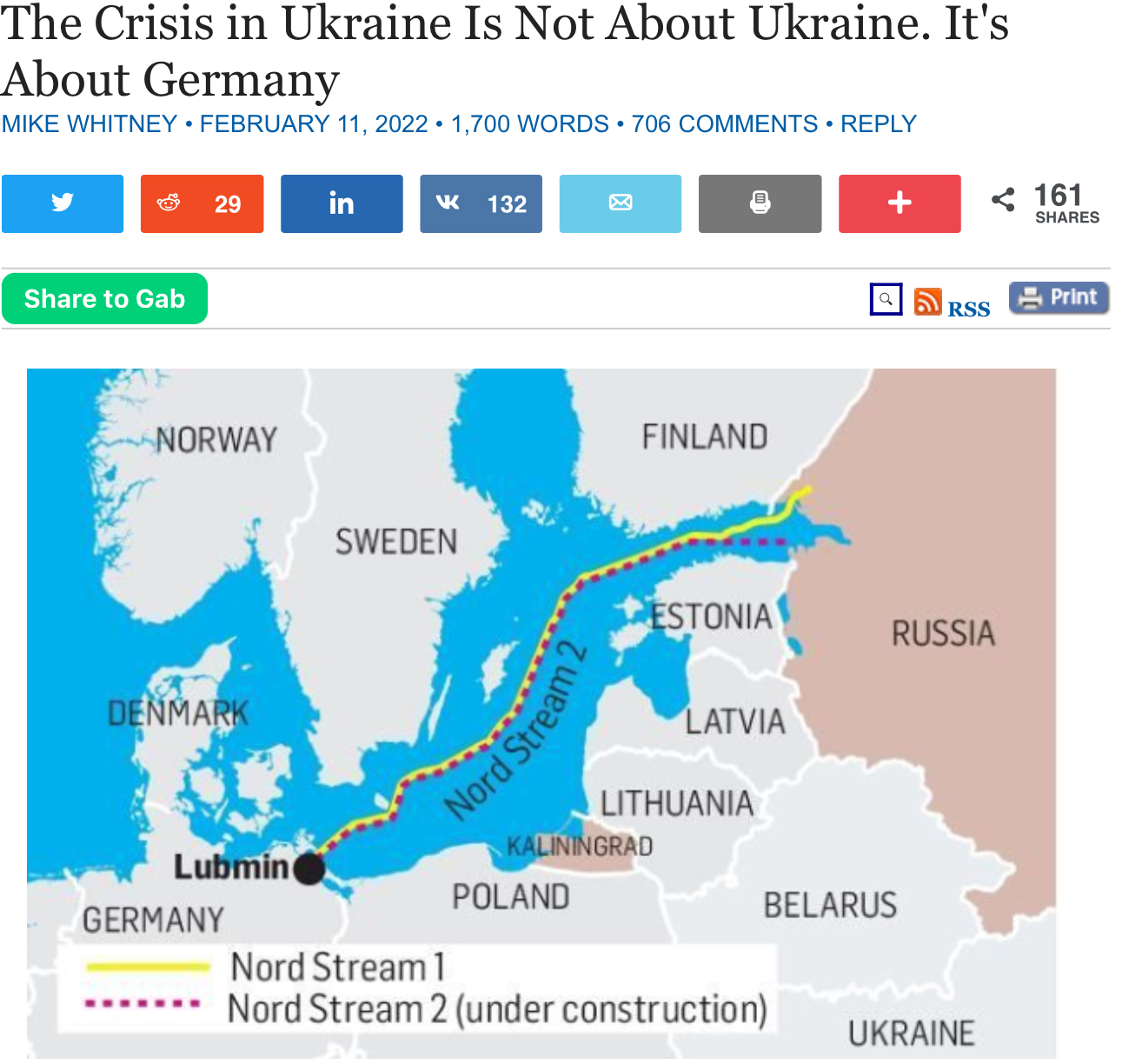 “The primordial interest of the United States, over which for centuries we have fought wars– the First, the Second and Cold Wars– has been the relationship between Germany and Russia, because united there, they’re the only force that could threaten us. And to make sure that that doesn’t happen.” George Friedman, STRATFOR CEO at The Chicago Council on Foreign Affairs

The Ukrainian crisis has nothing to do with Ukraine. It’s about Germany and, in particular, a pipeline that connects Germany to Russia called Nord Stream 2. Washington sees the pipeline as a threat to its primacy in Europe and has tried to sabotage the project at every turn. Even so, Nord Stream has pushed ahead and is now fully-operational and ready-to-go. Once German regulators provide the final certification, the gas deliveries will begin. German homeowners and businesses will have a reliable source of clean and inexpensive energy while Russia will see a significant boost to their gas revenues. It’s a win-win situation for both parties.

The US Foreign Policy establishment is not happy about these developments. They don’t want Germany to become more dependent on Russian gas because commerce builds trust and trust leads to the expansion of trade. As relations grow warmer, more trade barriers are lifted, regulations are eased, travel and tourism increase, and a new security architecture evolves.

In a world where Germany and Russia are friends and trading partners, there is no need for US military bases, no need for expensive US-made weapons and missile systems, and no need for NATO. There’s also no need to transact energy deals in US Dollars or to stockpile US Treasuries to balance accounts. Transactions between business partners can be conducted in their own currencies which is bound to precipitate a sharp decline in the value of the dollar and a dramatic shift in economic power. This is why the Biden administration opposes Nord Stream. It’s not just a pipeline, it’s a window into the future; a future in which Europe and Asia are drawn closer together into a massive free trade zone that increases their mutual power and prosperity while leaving the US on the outside looking in.

Warmer relations between Germany and Russia signal an end to the “unipolar” world order the US has overseen for the last 75 years. A German-Russo alliance threatens to hasten the decline of the Superpower that is presently inching closer to the abyss. This is why Washington is determined to do everything it can to sabotage Nord Stream and keep Germany within its orbit. It’s a matter of survival.

It makes for very interesting analysis, which brings to mind the adage that although history does not repeat, it always rhymes.