Two points made by XYZ News for nearly two years – the fact that most people classified as having died with Covid are elderly and had preexisting chronic conditions, have officially flipped from being “conspiracy theories” to an accepted part of the mainstream narrative.

Australian Bureau of Statistics data has revealed just that, and they even produced a nice graph to show everybody that we are right: 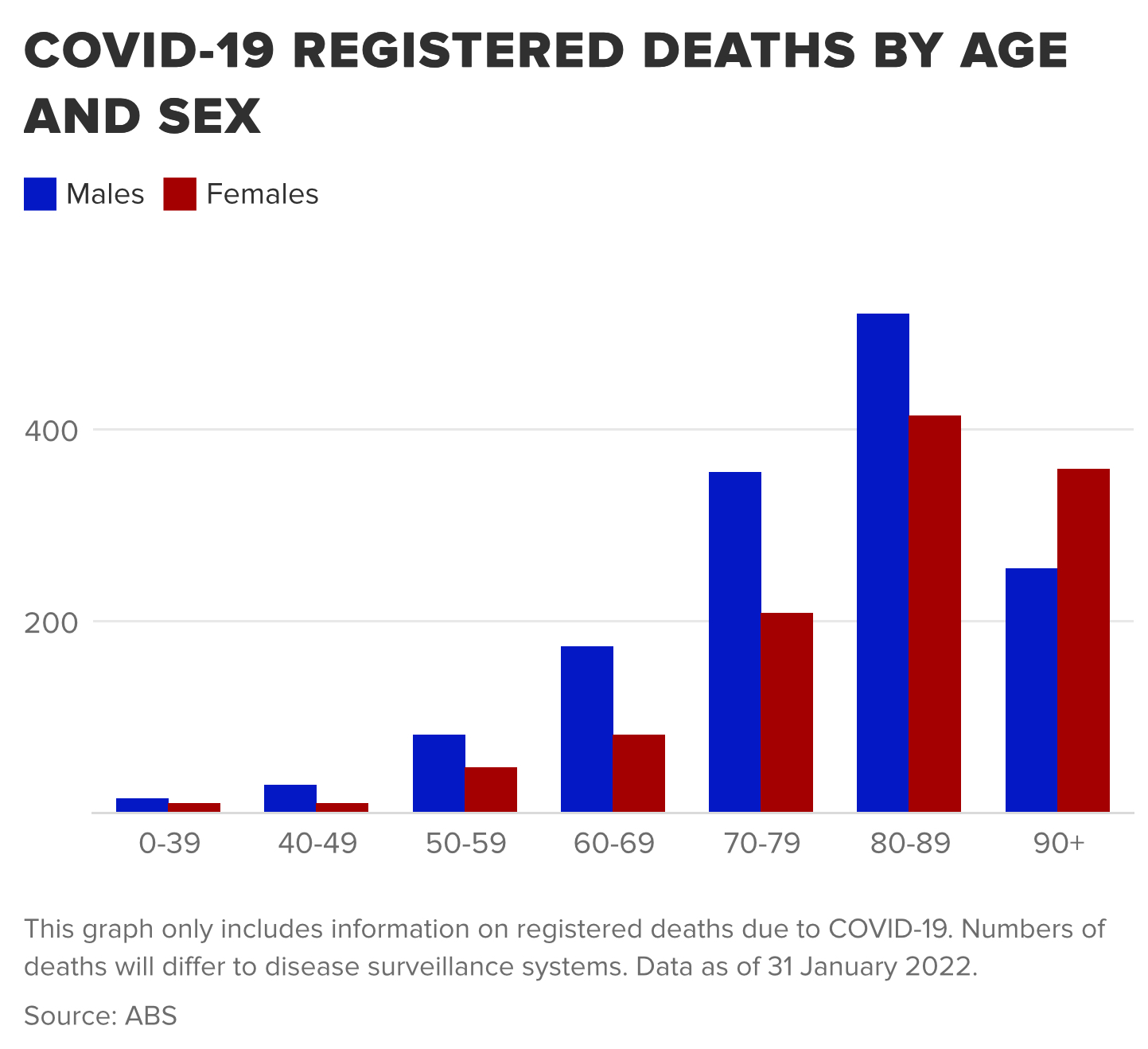 It’s not simply that the data has been made public, but analysis of the data, with the conclusion that the government’s response to Covid is overblown, is now mainstream as well courtesy of Ben Fordham:

Here is a nice summary of the data from the Lying Press:

More than 91 per cent of COVID-19 deaths recorded in Australia have occurred in people who had one or more other health issues, new data has revealed.

The Australian Bureau of Statistics (ABS) has just released information on the 2639 COVID-19 deaths that were recorded in Australia up until January 31, 2022….

Only 220 of the 2556 deaths caused by COVID-19 had just the virus listed on the death certificate.

Most deaths due to COVID-19 – 91.4 per cent – had other conditions listed, with the average person who died having 2.7 other diseases and conditions certified alongside the virus.

A total of 69.5 per cent of the deaths caused by COVID-19 – 1776 of them – were in people with pre-existing chronic conditions.

More males than females died of COVID-19, with 1428 deaths in males compared to 1128 deaths in females.

In life pre-2020 (hey yeah, remember that?) I was often warned that if I had a cold I shouldn’t visit old people, the sick, or families with newborns. The common understanding was that these groups had lower immune systems and could die from something which would make normal people mildly sick for a few days. It was an accepted fact of life and we developed social norms to minimise its impact.

What governments and the Lying Press have done since 2020 is take this simple fact of life, manipulate the data to make it sound scary, then relentlessly push the same scary narrative day after day, night after night.

Covid is simply the common cold, or the flu, rebranded.

The death statistics (if they can be believed) prove this. If it was a deadly pandemic worthy of shutting down the world’s economy for two years, it would slay young and old with no distinction.

But it doesn’t, and now they have admitted it.

It is one hell of an admission. Adam Piggott makes the strong case that the establishment is trying to back out of the entire debacle. One wonders what could possibly have forced the cabal’s hand….