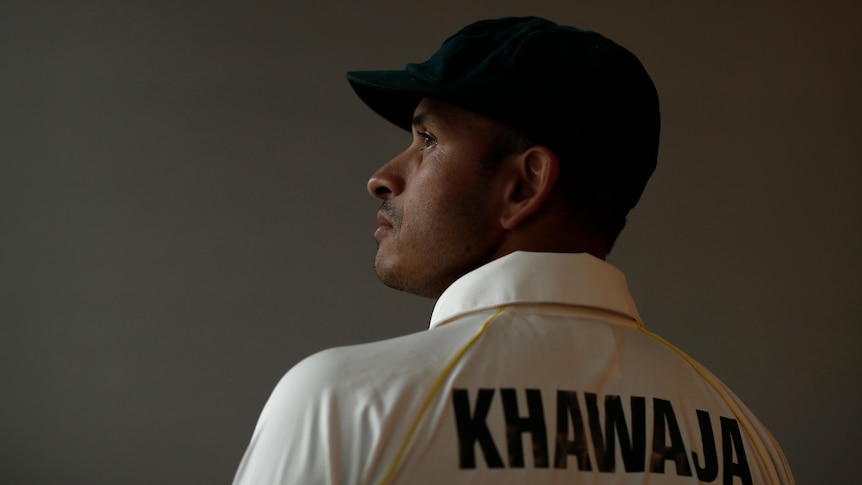 Years ago I was batting in the lower order for my cricket team’s 4th 11 (yeah, no trumpet blowing here) and I was batting with an old bloke with dodgy knees who couldn’t run. I tapped the ball to cover for a quick single, ran all the way to the bowler’s end, bellowed in the ear of the old man to run, he refused, so I ran all the way back to my crease and made it just fine.

I understand what it must be like for Usman’s teammates. At least when you’re bowling you can plonk him at 3rd slip and hope it sticks, or fine leg and tell the bowler to place the ball a metre outside off stump.

You know what Australian cricket really needs, though:

Now he’s ready to talk about race and how Cricket Australia needs to change to embrace all people.

We have an entire industry devoted to telling us that we need more “diversity” in everything, whether it is medicine, sport or garbage collection. Then when diversity is allowed into whichever field of human achievement has so generously opened its doors to diversity in the belief that they will be enriched by fresh perspectives and new ideas, said diversity advocates for one thing and one thing only.

“I think [conversation around race is] really important,” he said. “Because we’re such a diverse country, so many different, beautiful backgrounds, different cultures, and cricket for a long time has been straight down the line — this way.

“I think that’s one thing I’d love to see slowly change. [What] really hurts me the most is when I hear someone from the subcontinent or either second or third generation — who do you support? And they’re like, ‘Oh yeah we support India or Pakistan. We don’t support Australia’.

This is 100% spot on. Cricket matches at the MCG and SCG between Australia and any subcontinental side no longer hold a home ground advantage for the purported home team. However, this is normal and we shouldn’t try to change this. People of a nation naturally favour their nation. A nation is by definition a people.

“That hurts me because I love Australia. I love the Australian cricket team and I really want them to feel the same way.“

I almost want to feel sorry for Usman. He has been deracinated, like so many of us. I know Pakistan is not that great (mind you Australia will be in the same boat in about 15 years) but there is still a chance for him to return before he has lost that part of himself.

“I don’t want them to feel like they can’t get involved in that either. When we start seeing that, I think you know you’ve made some good inroads.”

He’s blaming Australians for his countrymen’s lack of Aussie patriotism. Apparently, it is our fault that Indians and Pakistanis show in-group preference for their own people. Usman has well and truly taken the diversity kool-aid.

In club cricket, Khawaja was surrounded by teammates and opponents from families new to Australia.

“Even when I was young there was a strong multicultural presence in cricket, especially from subcontinent backgrounds,” he said. “I mean, it’s a lot stronger now but Australia has grown in the last 15, 20, 25 years in terms of multiculturalism.

“There’s a much stronger presence now but there were kids of subcontinent background. I think that was very normal, something that Australia had for a long time.”

The Khawaja family moved from the city to Parramatta as young Usman began excelling in sport.

Multiculturalism was all around him, except when he began qualifying for representative cricket teams.

“I realised there were less and less people who looked like me and how predominantly white the game was. So that was probably the first insight I got — hold the phone, there’s something different going one here, I think I’m a little bit different here…

“I struggled as a young kid to support Australia because I just didn’t see any connection between myself and the Australian cricket team,” he said. “I felt like they were totally different, white-dominated, the VB drinking larrikins that I really struggled with in Western Sydney for a long time.

The rest of it goes on like that. He whinges about racism, without recognising the inherent, normal, completely natural and perfectly good race realism these last two paragraphs reveal still exists inside him, despite the programming.

Furthermore we will feel as though the team and the sport is being taken away from us and given to the foreigners to whom our country has been given away. Australian cricket had been one of the last holdouts our people could associate some form of national identity with, but the globalist enemy has now turned its guns on it and told us we’re not allowed to have it anymore.

Note that despite my clickbait headline and cheeky opening paragraph, I hold no animosity for Usman whatsoever. His comments reveal a disconnect between his innate nationalist desires and the multicultural conditioning which infects the minds of Aussies and Pakis alike. Both races naturally favour their own kind. The globalists understand this, thus they favour the natural racial preference of foreigners in Australia but dress it up in the language of diversity as a way of convincing Australians to forego our own natural racial preference.

Trust me, it will happen.

In turn, they will be replaced by yet more foreigners. The Australian economic system relies wholly on importing foreigners to grow GDP. It is essentially a black hole which sucks in people with the promise of a better life, as long as they get a mortgage. The debt slaves are never expected to reproduce above replacement levels, thus mass immigration must be set permanently to overdrive.

To escape this future hell, foreigners should return to their own countries, where despite the hardships they will be surrounded by their families, their culture and their people, living in the lands their ancestors conquered for them.

Similarly, Australians should understand that it is our right to live in and rule the land our ancestors conquered for us.