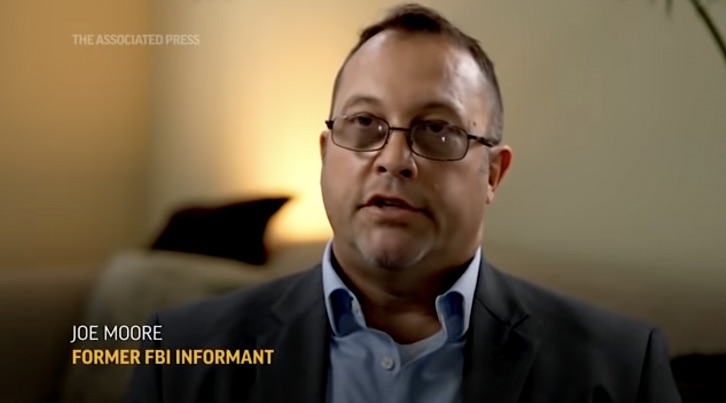 A new entry in the Associated Press’ series chronicling the purported heroism of Joseph Moore, a 10 year FBI informant who infiltrated the Ku Klux Klan, was publishedyesterday with an accompanying video.

Starting last July, the AP has published segments on Moore featuring FBI surveillance footage captured by informer during his time inside a Florida chapter of the KKK.

The FBI and AP hold that Moore’s actions thwarted a plot by a group of former racist prison guards to murder a black inmate. Moore served as the star witness in the case, leading to all three of the Klansmen being convicted. They are currently serving lengthy prison sentences.

During interviews, Moore — who has a history of mental illness — expresses that his life has been engulfed by paranoia over the prospect of the Klan taking revenge on him. Though currently living in the FBI’s witness protection program under a pseudonym, Moore alleges that KKK members have visited his home but does not provide any evidence for this despite the numerous cameras on his property.

Research conducted by National Justice reveals that a number of pertinent details regarding the 2014-15 murder plot centered in these stories have been omitted as a means to shading perception of Moore and the FBI in the most politically favorable light possible while simultaneously framing local police officers and court officers in Florida as murderous bigots.

According to the AP’s first article, Moore’s first interaction with law enforcement happened after being discharged from the US Army in 2002, where he was trained as a sniper but never deployed in battle. During this incident, he entered a hospital heavily inebriated and dressed up in tactical gear while suffering from a psychotic episode. Moore was then put in a mental hospital for four months.

In 2008, Moore entered the FBI field office in Gainesville demanding that they investigate a Sheriff’s office for arresting his brother-in-law. Moore spun up an unsubstantiated conspiracy theory claiming that the police had planted drugs on his brother-in-law for unknown reasons.

During this engagement, federal agents — knowing full well that Moore was both unreliable and psychologically unstable — recruited him to work for them as an informant inside.

The informant was then sent out to join various Klan groups to spy on them. Moore’s behavior was erratic and he revealed his work to his wife, which caused the feds eventually to cut ties with him.

Years later, the FBI reached out to him again asking him to join a Klan group in Northern Florida. Members of the Ku Klux Klan have not been accused in acts of terrorism or murder for decades, yet the FBI in Florida repeatedly opened unpredicated investigations in order to spy on the group.

By 2013, Moore was able to quickly rise to the position of Grand Hawk in the chapter, where he was tasked with group security. Moore wore a fake Purple Heart and told members that he had served in the Special Forces, which won their trust.

Moore appears to have stayed in character even when he was not putting in work with the FBI, telling reporters that he lost personal friends during these years for going around claiming to be a war hero when everyone knew he was not.

As Grand Hawk, Moore would tell other Klansmen stories about all of the murders he had committed and his abilities as a hitman. A number of Klansmen were afraid of him.

The supposed murder plot, as Moore and the FBI tell it, began in 2014, after the infiltrator had entered the group that previously was not suspected of criminal activity.

Moran and Newcomb were upset about the anguish Driver and his family were going through. Driver, a prison guard at a Florida prison, was jumped by a black inmate named Warren Williams, a repeat violent felon.

During the fight, Driver was bitten by Williams, and following a medical examination, was told he had contracted Hepatitis C, a serious illness that leads to liver failure.

Driver later learned that he had received a false positive. The Associated Press reported that he learned this weeks later, likely to obfuscate the vulnerability him and his friends may have been feeling when they responded positively to Moore’s tough talk.

Court documents obtained by National Justice reveal that Driver only found out he was not infected months after the FBI started pressuring the men to go along with Moore’s plot.

During the off hand chat, Moore asked Newcomb and Moran if they wanted to see the man who victimized Driver “6 feet under.” The men at first looked at each other, but ultimately responded affirmatively but did not do much else other than, at another date, take a drive with him to the area where Williams lives.

In other words, the FBI’s confidential informant suggested the idea, drove the plot forward, and planned to act alone.

Lacking sufficient evidence to connect the other Klansmen to their Hollywood-style murder plot, the feds got creative.

In March 2015,  the FBI got the supposed target of the murder, Williams, to pose as dead for photos. Moore then met with Moran in a parking lot to show him.

Video from the wire Moore was wearing show Moran expressing surprise and delight at seeing the fake image of Williams dead.

Aside from footage like this, obtained through over-the-top deception, the FBI’s evidence during the trial of Newcomb and Moran relied on the honest testimony of a mentally ill snitch they paid specifically to set people up and score convictions.

Moran and Newcomb were convicted and sentenced to 12 years in prison in 2017, while Driver ended up pleading guilty and getting four years. 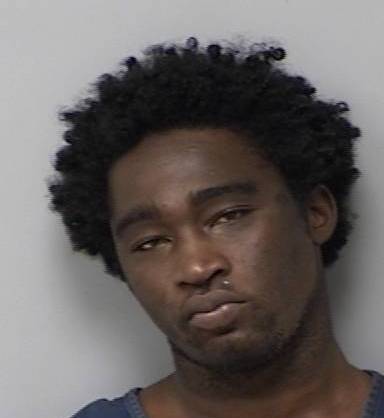 According to research conducted by National Justice, the Warren Antonio Williams — the man the Associated Press portrays of a victim of white supremacist violence — is a repeat violent felon who has been arrested numerous times in the last 10 years in the St. Augustine and Jacksonville areas.

In 2012, 36-year-old Williams was charged with assaulting a police officer, Aggravated Assault with a weapon, and numerous weapon’s offenses. His attack on Driver during incarceration came after he was given a lax plea deal by prosecutors, despite his history as a fugitive.

Williams has been arrested a number of times since “surviving” the 2014-15 FBI Klan plot, including for a felony in 2016.

Williams and his mother hold that they live in fear of the Klan coming for them. The AP journalist even remarked that their town, Palatka, has a long history of Klan violence.

In what can only be called an ironic indictment of both the media’s narrative and the FBI’s investigative priorities, the only violence Williams has been subjected to has been at the hands of a black man, Izell Gadson, who in 2018 shot Williams in an attempt to rob him at a Palatka bus stop.

No FBI, No “White Supremacist” Violence

Moran and Newcomb both appealed their convictions to higher courts in Florida.

They argued that the confidential informant was the sole actor in the murder plot and that they only expressed approval his actions out of group loyalty and fear of trying to stop him.

The murder conspiracy, in other words, would have never existed without the FBI going through great lengths to insert a paid provocateur with the intent of tricking people into the conspiracy.

In a 2019 ruling, the court’s rejected their appeals. They expressed deference to state’s evidence, most of which relied on the unreliable Moore recounting and contextualizing what transpired.

Ultimately, a fair observer can ascertain that the Florida Klan case was based on FBI agents wasting their bloated $10 billion dollar counter-terrorism budget to try and will fictional portrayals of white “racists” in television and movies into reality.