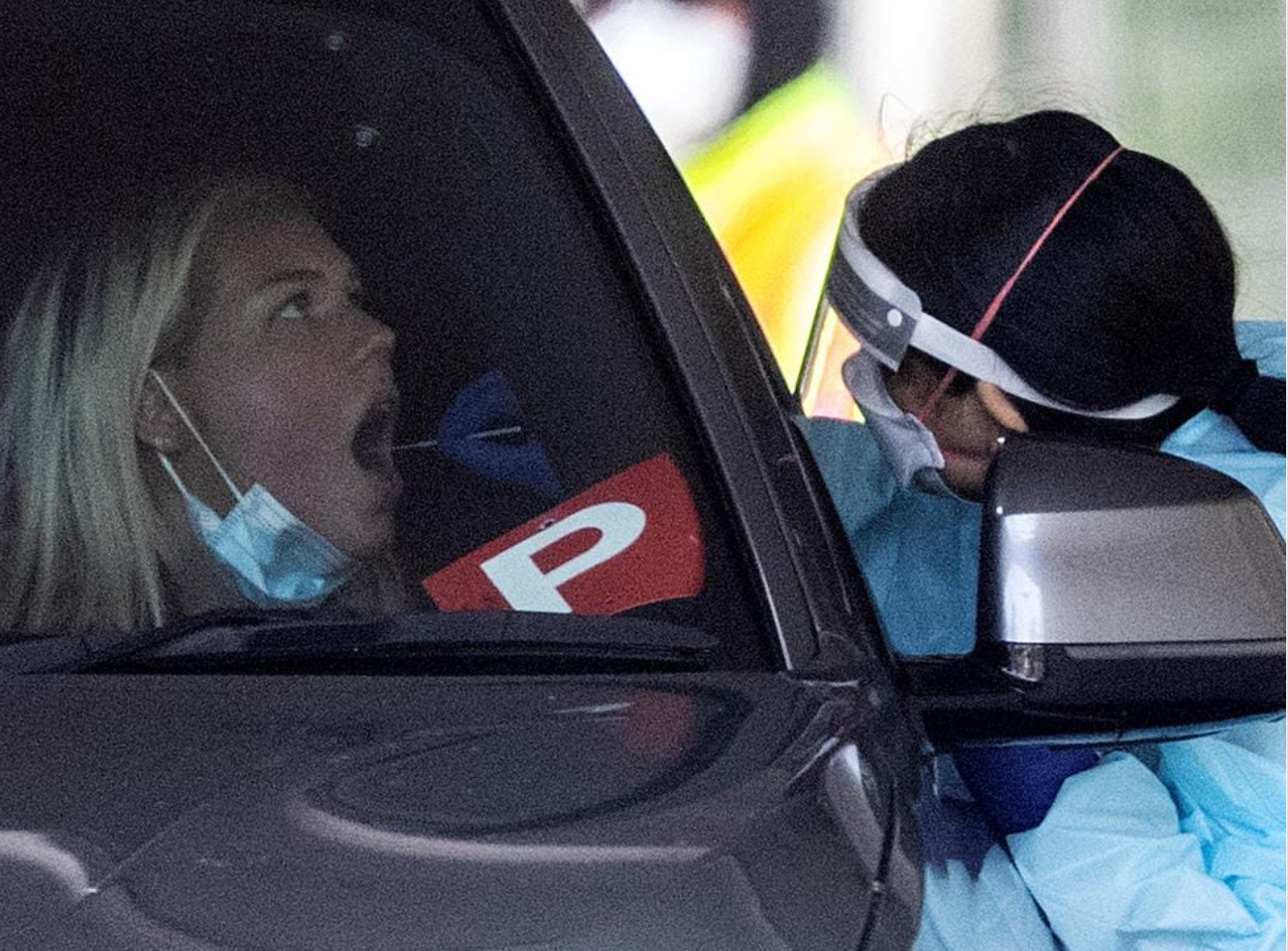 Anyway, I’ll describe it to you. It shows a young blonde Australian woman on her red P’s, with her facemask tucked below her chin, in a car getting tested at a drive-by Covid testing clinic. She has her mouth wide open as the nurse forces the swab all the way down. It looks very much like she is being forced against her will to do something which she does not want to do, something which under any other circumstance would inspire hundreds of thousands of words to be written about how we are being coerced into surrendering our bodily autonomy.

To put it more crudely, the government is Covid-raping us:

A leading epidemiologist says Australians will need a third and even a fourth dose of a COVID-19 vaccine as the country enters the next phase of the pandemic.

The warning comes despite more than 80 per cent of people aged 16 and over being fully vaccinated with two doses.

Experts have warned being fully vaccinated may not be good enough next year as iterations of the virus inevitably emerge and some freedoms, such as entry into certain countries may require proof of additional doses.

Here’s what you need to know about getting a booster shot.

There is an old adage that if someone says “trust me” you shouldn’t trust them. “Here’s what you need to know about…” is the Lying Press equivalent.

Some people thought it would be impossible for the Regime to maintain two contradictory narratives simultaneously:

Modernity is based entirely upon such contradictions. Race and “gender” are social constructs, but you can only change your gender, not your race. I could list more contradictions but my brain just gets tired when I do. Basically, normies are socialised to disregard these contradictions and just do what they’re told.

Rather than question why one became two, two became three, three became four and four became five, ABC readers will actually go along with it because they do’t want to seem unusual, or look ignorant of how vaccines really work to their woke public sector colleagues.

To put it more crudely, boosters are forever. You’re only ever one booster away from being unvaccinated. Compliance will not solve this.