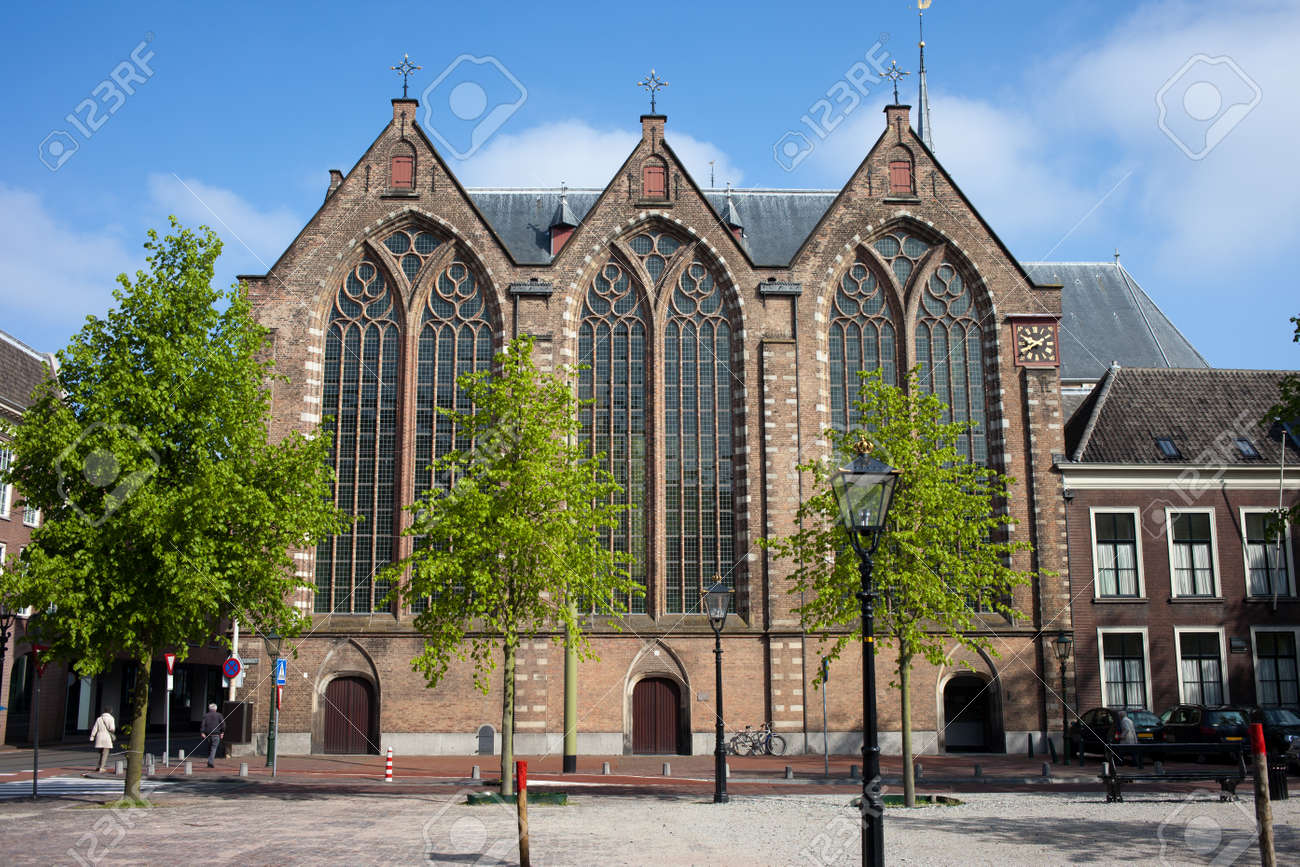 Last Friday I was in The Hague on business. After I had done what I needed to do I happened upon a large Catholic church that was open for the Rosary. I decided to stop in and have a look and to sit for a moment in contemplation. The church was large and magnificent, and on that Friday afternoon it had several worshippers dotted around its cavernous interior like lonely cargo ships from a scattered convoy.

I got to talking at the entrance to one of the church custodians. He was friendly and helpful, enthusiastic about his personal place of worship. I inquired after the Traditional Latin Mass that was advertised on the outside noticeboard. Was it still being performed in light of the restrictions? He assured me that even with all of the restrictions that the government had placed upon the church that they were still worshipping. I realised that he had misunderstood me and I clarified for him that I meant the Papal restrictions on the Latin Mass. He looked confused and was obviously unfamiliar with the recent Papal Decree on the topic. So it seemed that they were still performing the Latin Mass.

I sat for a little while, soaking up the atmosphere of both the church and those worshiping. After a time I rose and went to leave. I had to pass by a different door to exit. The door swung open for me automatically, as did the next one. Obviously the church elders did not want people touching handles. The font was not available to make the sign of the cross. Church in the time of Covid.

I took the train home to Leiden. I enjoy traveling on trains as the movement encourages the mind to wander in imaginative ways. And I got to thinking about the way in which governments all over the world had mandated controls on churches during this pretend pandemic. My own underground church has not followed any of these rules, but they are firmly outside the bounds of all authority figures, governmental, churchian or otherwise.

In short, Christian churches everywhere are beholden to secular governments. The separation of church and state has had the desired outcome that the state is in control. The idea that any church would direct its parishioners to go against the state is anathema to people today, including those within the church. It is ironic when discussing topics such as The Second World War that the same people who argue that the Church should have done more to protect those persecuted by Nazi Germany would fly off the handle if a church today encouraged acts of civil disobedience. But then, to the victors go the spoils.

In a secular nation the Church has no power. Its ability to influence the course of government grows exponentially less with each passing year. This is assuming that the Church would want to do so; those in power in the Church today are firmly on the side of history, that history being created by the militant secular world.

There was a time when the Church had a direct effect on the governance of the nations, and that was when we were ruled by monarchies. The king is responsible for his people and he answers to God. Thus he is held in check by the Church. Of course, there were monarchs for whom this did not work out so well, but as in the Church today, all humans are fallible. An institution that goes through rough patches reflects on us as sinners rather than on God.

When secular forces headed by Freemasons began the process of attacking monarchies and replacing them with republics and then democracies, their real target was the Church. That separation of Church and state had the effect of removing religious influence from the sphere of daily governance. The result has been the worst genocides and wars in history, along with the ongoing collapse of our societies.

Conservatives are routinely lampooned for their dogged instance that we can vote our way out of this. It is true that we cannot vote our way out, but perhaps those doing the criticising have not completely understood where that idea then needs to lead. If we truly want to regain morality within our nations then our only recourse is to return to what worked best. The very fact that the Church and the monarchies are so hated by our enemies should weigh heavily when considering this matter.

We need to return to monarchies that are answerable to God. To my shame as an Anglo-Saxon, Henry VIII began this mess and it has been downhill ever since. We must always remember that it is the Kingdom of Heaven, not the democratic republic of heaven. The secular world seduced us with ideas of participation in power and the unrestricted joy of the individual. Today we are a few small steps from being slaves and people are more lonely than Jonah in the whale.

How we go from here I do not know. I only know where it is that we need to go. And it is not more of the same. Today I will go to see that Latin Mass and to worship. And I know what I will pray for.