Some readers may remember when Trump proposed the idea of saving architecture; it was an executive order, trumpishly named “Make Federal Buildings Beautiful Again”, which would direct that U.S. government buildings with budgets greater than $50 million should be designed in classical and other traditional styles. It also banned brutalism and deconstructionism as architectural styles by name.

The “Design Excellence Program“, which since 1994 has worked to put contemporary art and architecture into the government, would itself be deconstructed, curiously such an influential programme doesn’t have a Wikipedia entry, and its own homepage has no information on its founders. Somehow I get the hunch that its “work” was never asked for by the public and never voted on. Like most other of Trump’s great ideas this one died in gestation.

The big difference and the reason why I still remember it was that this would have been one of the first active attacks on the demoralization campaign and was recognized as such by those invested in demoralizing the public. A lot of fearful articles were written calling it a most authoritarian measure. Wired used the following picture to describe what could be lost (in the future) in order to regain classical style.

Yes this isn’t a monstrosity dug up to mock modernist architecture, this is the positive example the demoralizers decided to use to persuade people that this idea is actually bad.

While reading those articles it was hard to make out if the author actually likes modern architecture (which is an emotion that I am certain is still unknown to man), if the author just hates Trump, or if the author engages in willing and informed propaganda for the demoralizers.

They did make sure to mention white European civilization as something unfortunate and disgusting that should be removed as quickly as possible. 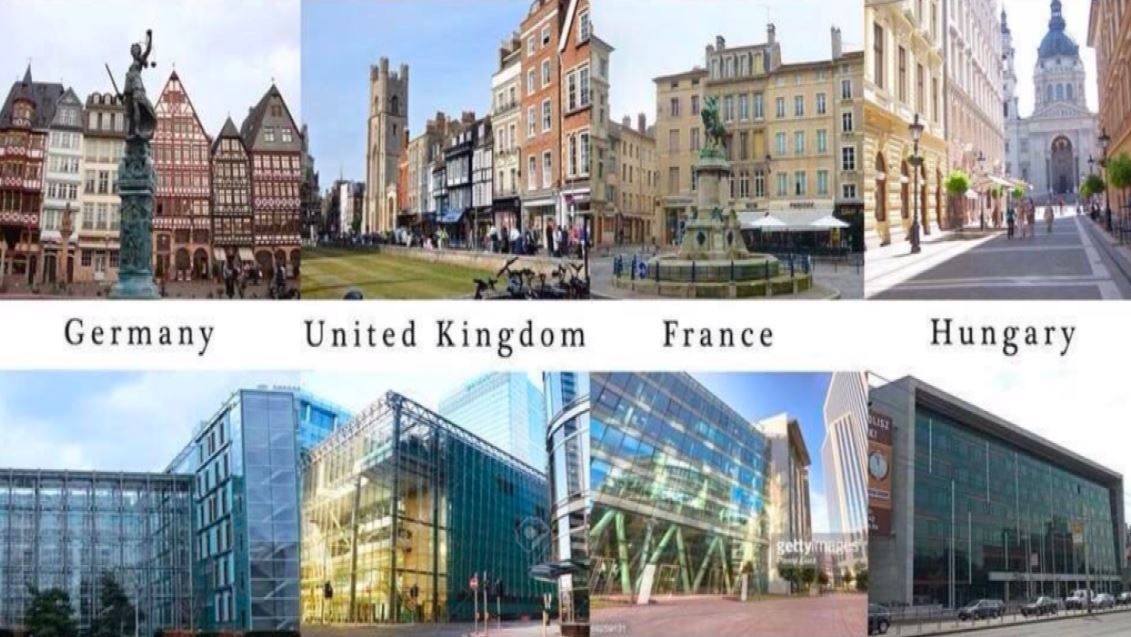 Some examples of traditionalist and modernist architecture from different European countries show the fundamental local character of traditional architecture, it can easily be differentiated. A person from Britain will have no problem picking out British houses from among other traditionalist buildings. Could he do the same with the modernist building? No because it didn’t grow out of him. This localism and familiarity must be destroyed to crush our spirit.

Trump has never been a 4D Chess player, he was a boomer, and he behaved as such. He didn’t understand that the same people he got all cosy with on certain issues pushed the rot he “fought”, and why all his fights against this rot end up to be fruitless.

Architecture is without a doubt the most important battlefield for the demoralizers followed by fashion. It is the thing nobody can escape, you cannot sew your own public building, it’s something they can force us to see every single day.

Another aggravating factor is that the ugliness of modern architecture, is not the maybe exciting shocking ugliness of a flesh wound that makes you recoil but also watch in fascination, it’s not a thrilling ugliness, it is a fully banal meaningless kind of ugliness that speaks to a lack of care and history. The kind of ugliness that makes you think “well at least it was cheap” (it wasn’t).

In the plot to erase everything that white people have created this is the foundation, it’s not the statues, it’s not the art, it’s not a black Alice in Wonderland that will fully demoralize Europeans. Global homogeneity will only be possible when no city has anything worth visiting, when every city has become the same, destroying our buildings is fundamental to achieve this, and destroyed they must be, hiding them behind giants made of steel and glass isn’t enough because everyone taking a stroll through the city will still gain a sense of awe and beauty and inspiration from just walking past a tiny old chapel in between an estate agency and the glass and steel international bank.

Around one year prior to this modern architects were salivating at the idea of being able to fully destroy Notre Dame while it was weakened by arson. The fact that this didn’t happen is the biggest success in the fight between good and evil I can remember.

Warning the following pictures are not suited for nationalist audiences. 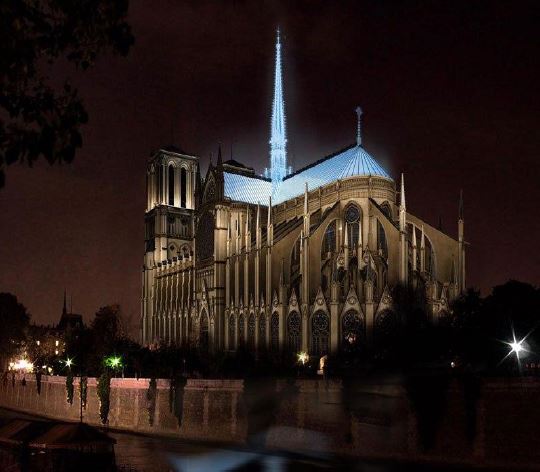 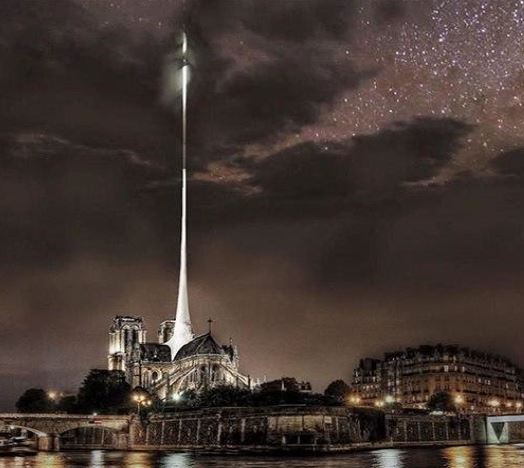 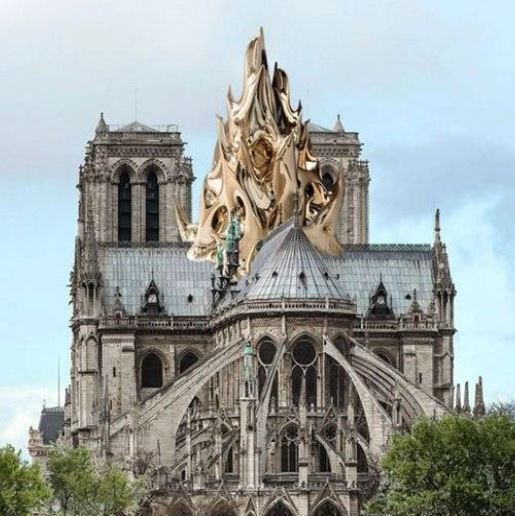 Every single one of those suggestions could have given this old European cathedral her death blow. Modern architecture is truly like a cancer that sucks out every bit of beauty and meaning of a building and leaves it hollow and disfigured.

How many people would have travelled to look at the golden flame thing Notre Dame? To be inspired by its glory?

I thank Christ that this assassination plot was averted and try to remember other cases of successful removal of modernism. 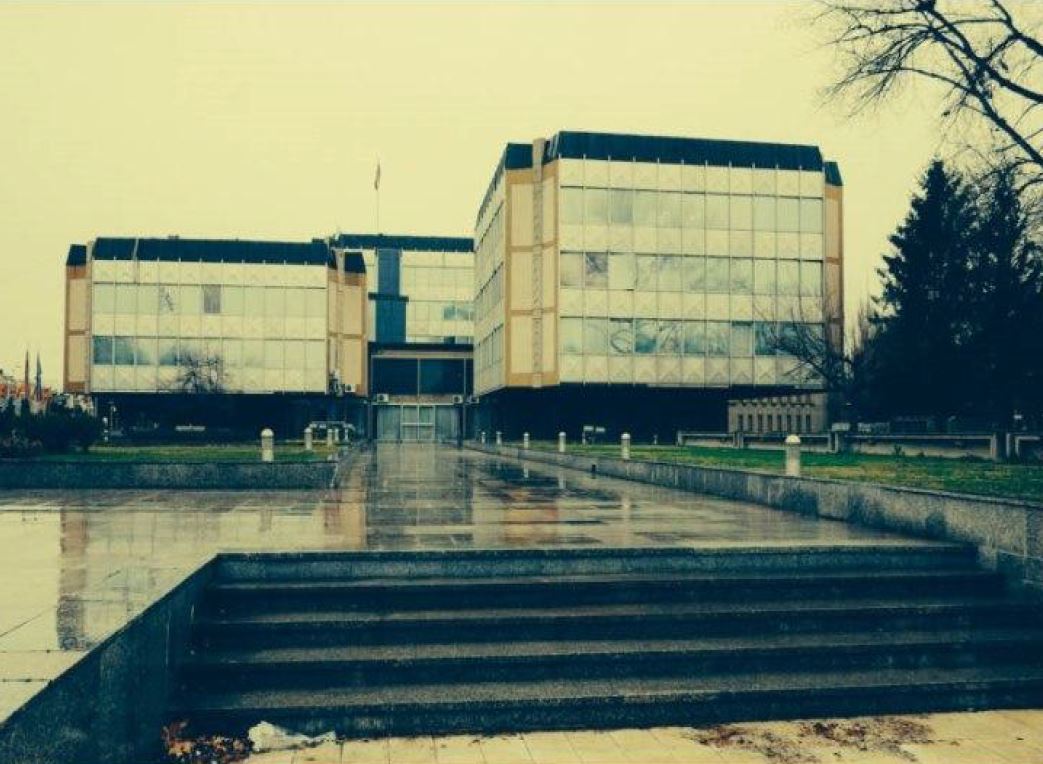 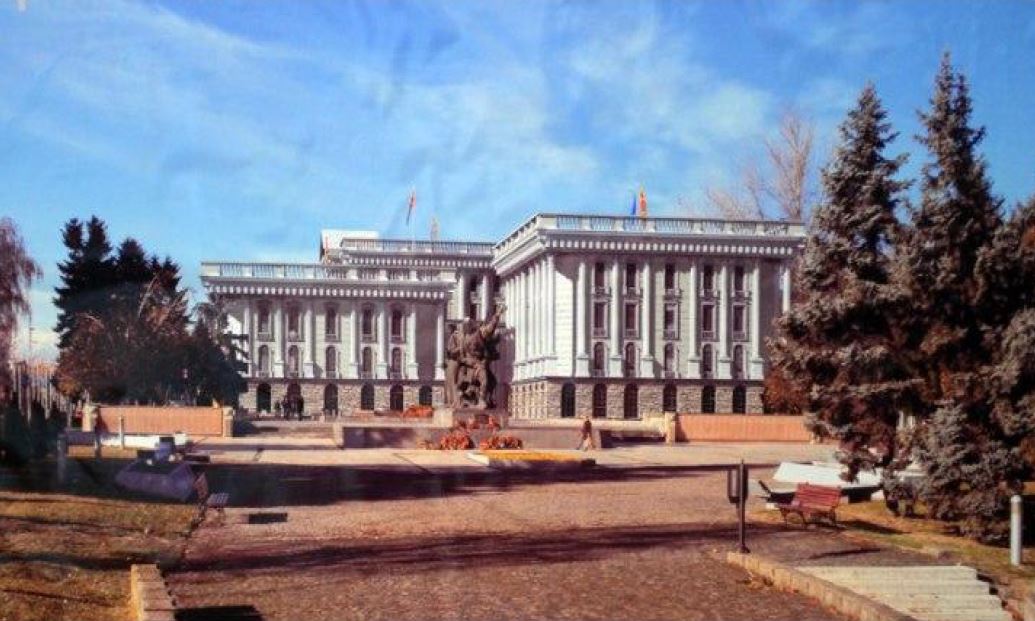 Like this beautiful example from architects in Skopje, Macedonia. It can be done.

There are many suggestions as to when we as a society started to decay – what moment exactly was it when our ancestors made the fatal mistake that led to boys dancing dressed up as prostitutes in night clubs to entertain adult men?

I think the moment we as a society started to go wrong was when we allowed our banks to build higher than our churches.