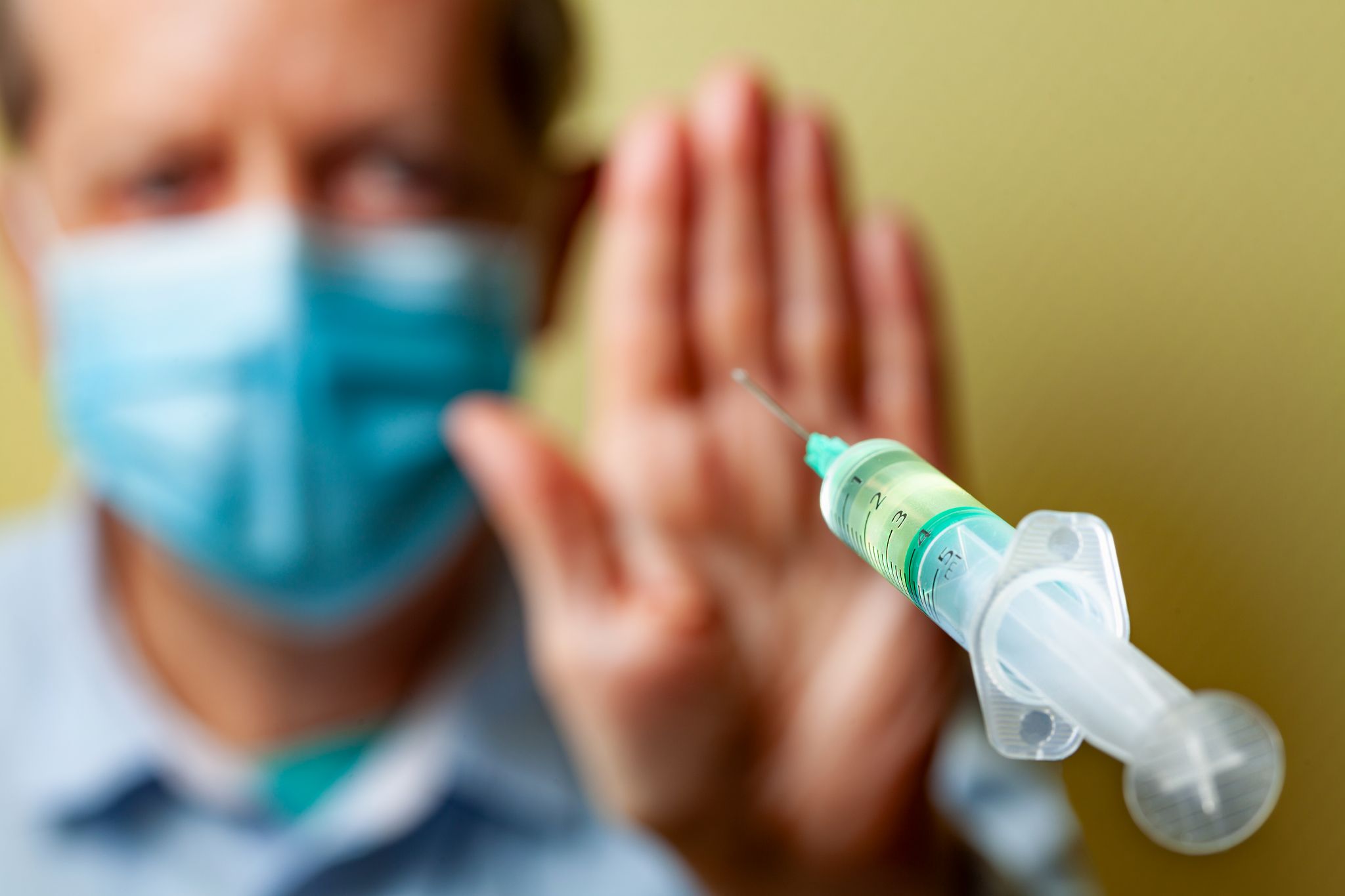 I am no stranger to vaccines. Over twenty years ago before I traveled to Uganda to take on the job of rafting the mighty White Nile, I dutifully received half a dozen vaccines in the arm, all at the same time. At the end the doctor asked me if I was okay. No problem, I replied, and then I keeled over as I was overcome by the wooziness. The doc looked positively alarmed.

I forget what the shots were for, although I do remember typhoid and yellow fever being among them. The point was that even though back then I already had a very healthy suspicion of doctors and the medical profession in general, when it came to vaccines I was as trusting as a newborn baby.

What the events of the last eighteen months have shown me is that the medical/pharmaceutical industry is not to be trusted on any level and on any subject. I will partake of their products only if I am absolutely desperate, and even then I will try and take as many opinions as I am able. Because they are indeed opinions, as they have always been. And it is indeed an industry, as it always has been. And they do not care about your health and welfare. They care about their bottom lines and not exposing themselves to government penalties.

And even then if they are big enough then the largest government penalties in the world will have no meaning to them. Look at this list of the twenty largest fines imposed on the pharmaceutical industry by the US government. Pretty impressive, huh? I bet you think that really shows those lying drug pushers who’s in charge, yeah?

Bullshit. The fines mean nothing. They are the products of a carnival show designed to convince you that the government is on your side. Pfizer’s $2.3 billion fine is merely hot air, a slap on the wrist. The reason that it is meaningless is because Pfizer still exists as an enormously profitable multinational corporation, as does every other company on that list. Those fines were negotiated between the government and the companies themselves, a negotiation whose end result was to bamboozle the public into believing that something was being done.

All fines are relative to the net income of the entity being fined. So Pfizer got “slugged” for a couple of billion. So what? They still made another couple of billion profit in that year alone. A fine that would actually mean something would result in the company itself having to be broken up and sold for scrap in order to be able to raise the required funds, as well as criminal prosecution for the board of directors. Such an outcome would serve as a dire warning to other companies in the same industry not to get out of line.

I used to watch The Big Bang Theory back in the day before it got a bit ludicrous with Omega level nerds landing all of those girlfriends. You may recall that one of the females in the series worked at a pharmaceutical company. There were many jokes regarding the highly unethical practices of the company in relation to developing drugs and the side effects of those drugs. Right in your face. They like to rub our noses in it while we pay money to laugh at the idiot box.

Back to vaccines. No more vaccines for me ever again. And if I am ever fortunate to have children if the good Lord wills it to be so, then no vaccines for them either. I’m no dummy. I have seen the exponential rise in autism rates over the last thirty years. When I went to school it was not only that no kid had autism; no kid ever demonstrated the symptoms of that condition. I’ve come into contact with kids suffering from severe autism; I never saw anything like that in the first twenty years of my life. When I was a baby we received a mere handful of vaccines. Now the kids are like walking pin cushions with all of the industrial pharmaceutical junk that they inject into these poor kids over their entire childhood.

This jimmied up crisis which has now officially reached clown status has finally woken my eyes to the all encompassing and complete moral turpitude that is the medical-pharmaceutical-industrial-complex. Its effect and interference on the everyday lives of people in countries like Australia means that not only if I have children will I not allow them to be vaccinated, but I will specifically reside in a country which does not interfere in such a manner.

But I am not the only one waking up. Many other ordinary people who trusted the system to have their best interests at heart are now finally realising that the very best thing they can do is to avoid contact with the government at any level. Because they now understand that the old Reagan line of, “I’m from the government and I’m here to help,” is far more terrifying than it was ever made out to be.