The ABC is under investigation for their biased reporting, so you would think that they would try to pretend not to be an establishment conduit and instead give both sides of popular issues until the heat is over. Well today they did just that.

Here is the ABC news feed giving a pro vaccine and an anti vaccine headline side by side to prove their commitment to non-biased reporting. Good try. 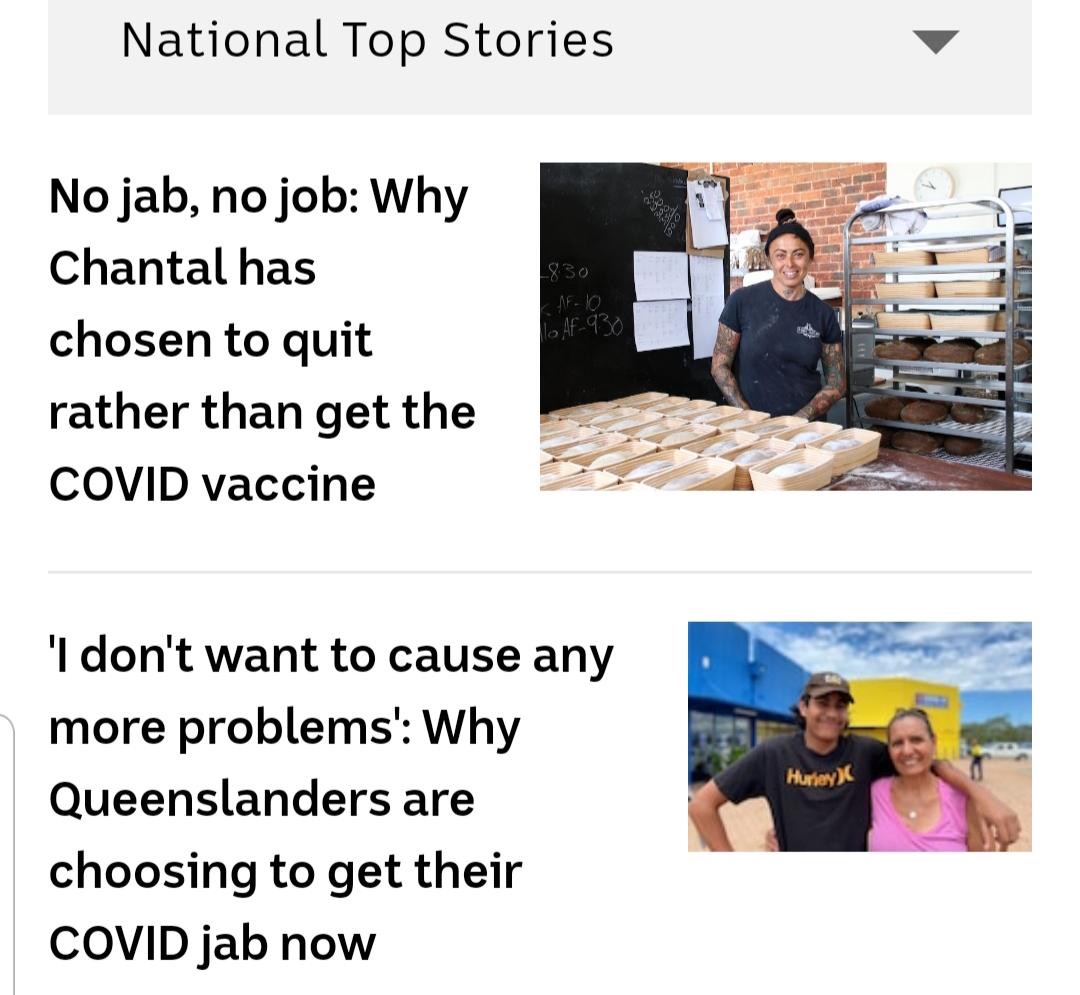 Now the first thing you learn when you study propaganda is to isolate and individualise your opponent’s ‘selfish’ opinion and to expand your position as the majority view that most people share.

Notice how Chantal is an individual covered in tatoos, with hands under the table in an awkward position, breathing on the food. Meanwhile, millions of Queenslanders don’t want to cause any more problems, so they are choosing to get THEIR jab NOW (actually they gave in to a demand). Also, the examples chosen are standing in front of a shop (which they are allowed into) in a happy relaxed way.

Ita Buttrose knows that most people don’t read their long winded manipulative articles, so they always have to insert the spin into the headlines.