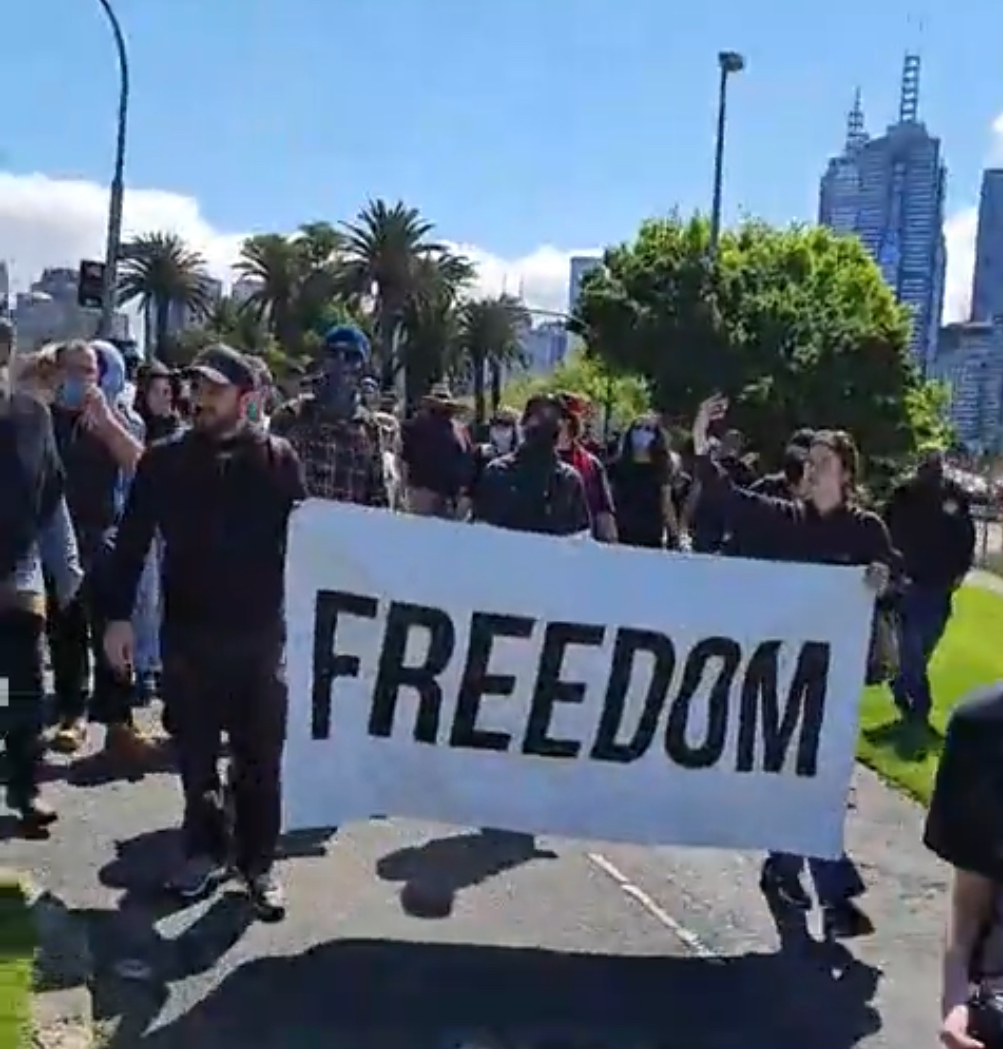 A peaceful protest against the lockdown and Vaccine Mandate has been held today in Melbourne’s Royal Botanical Gardens and Southbank. It was organised by the Vic Freedom Movement. You can watch the livestream of the entire march here.

A crowd of several hundred marched peacefully through the beautiful gardens on a beautiful Spring day in Melbourne, chanting slogans such as “My body, my choice,” “F—- Dan Andrews” and “Aussie Aussie Aussie, Oi Oi Oi”.

#BREAKING A protest group has gathered next to the Myer Music Bowl. No police with them yet but watching from above. pic.twitter.com/ZQ1VjBejV1

Back towards the Yarra after turning around at Southbank. pic.twitter.com/kAu00jQgxV 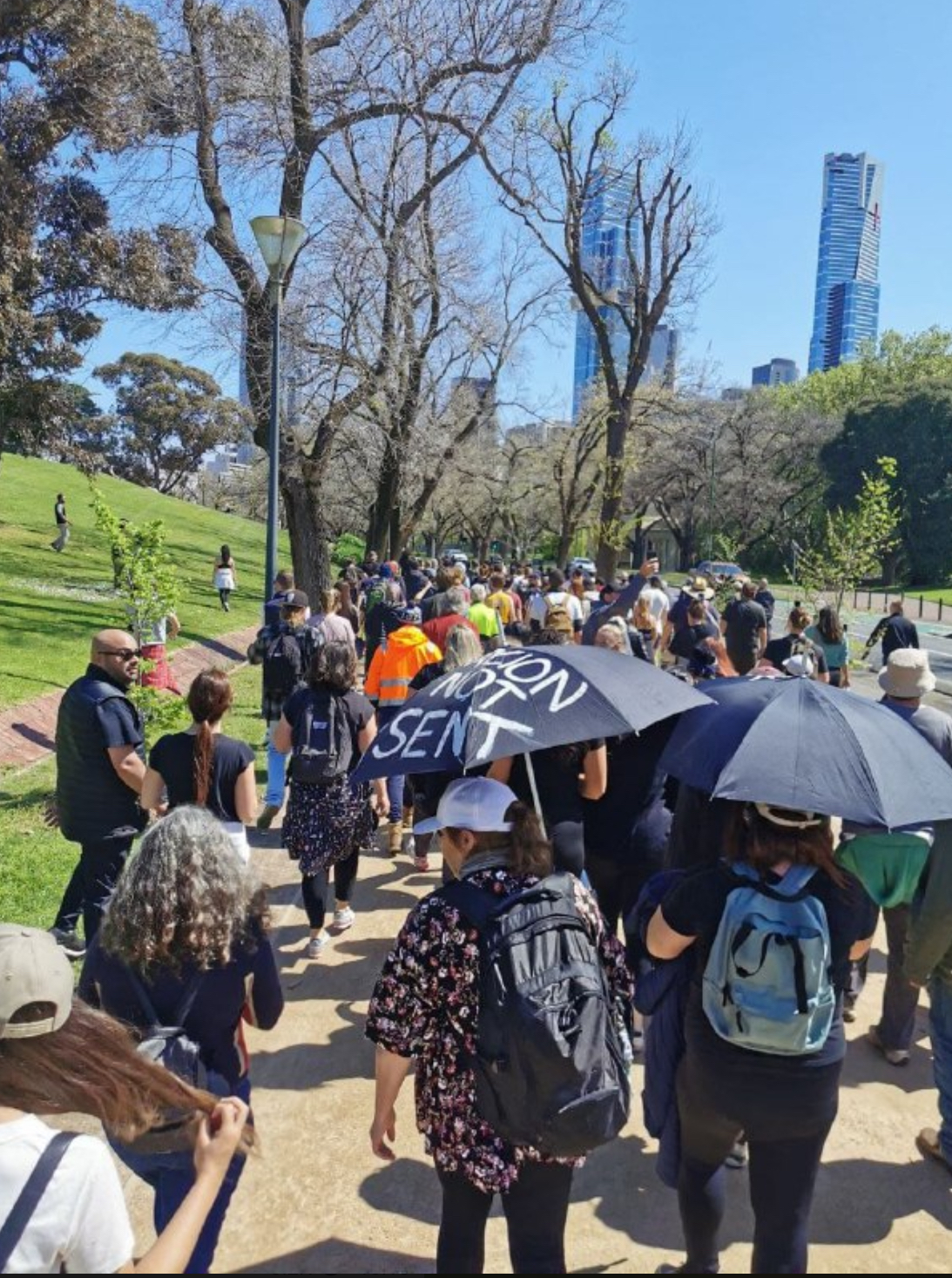 They made their way down to Southbank and marched peacefully through the arts district. 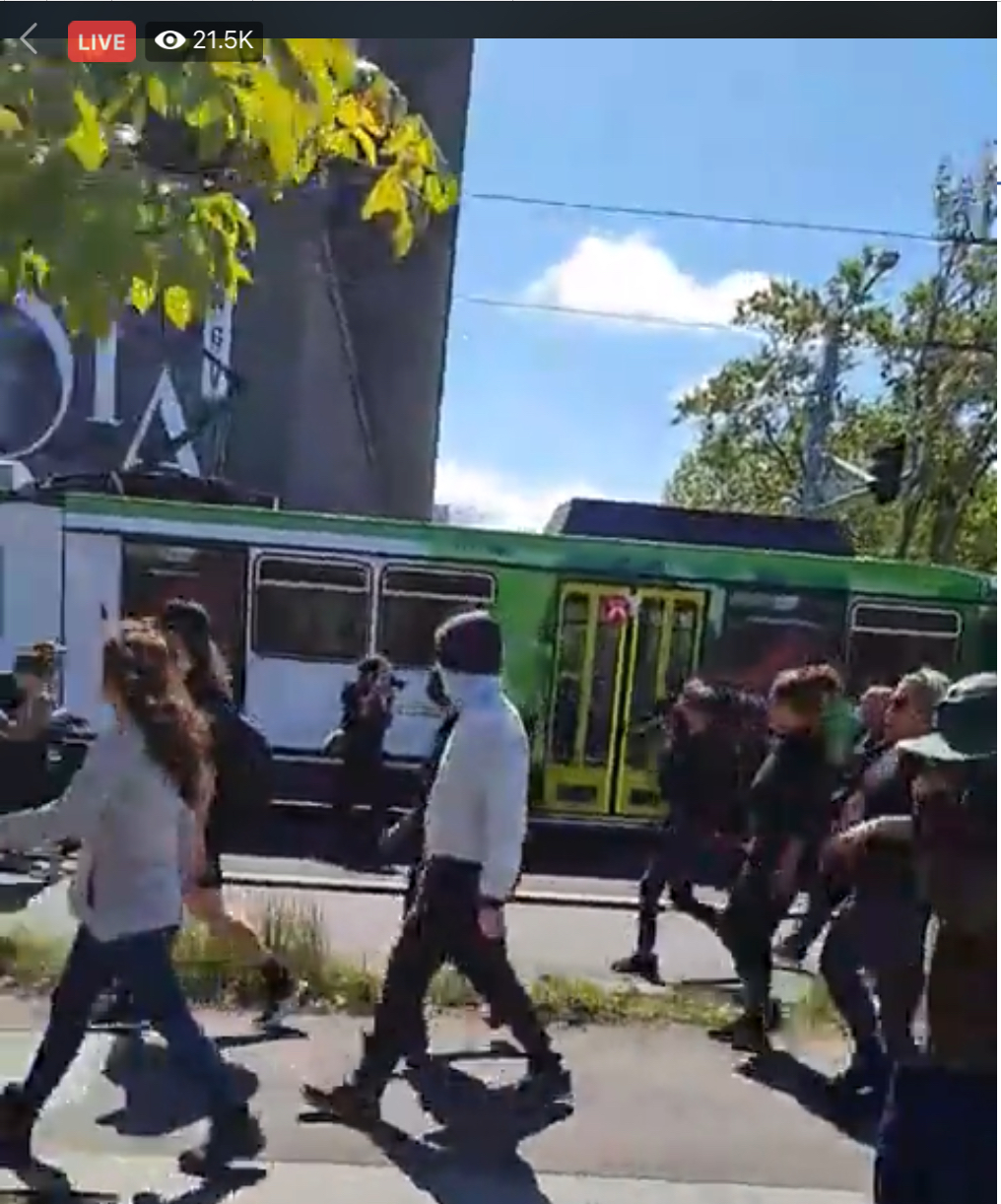 The XYZ has yet to confirm reports that police have arrested every person found inside ABC Headquarters for treason. 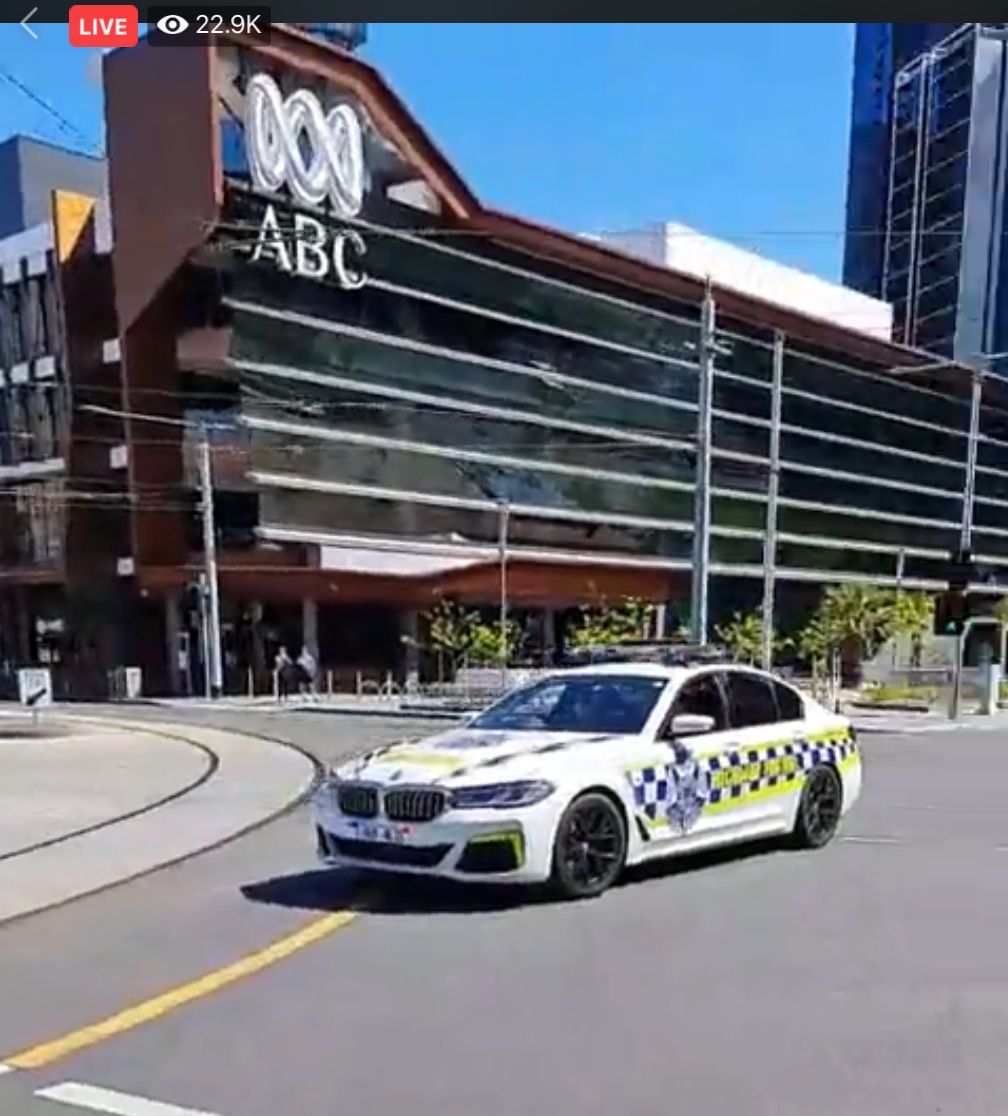 As they reversed course and headed back toward the Royal Botanic Gardens, a great exchange was made with Victoria’s security forces, with protesters shaming them for the brutality they have shown against their own people in recent months.

Riot police are stepping back for now as protester tells them how it is. pic.twitter.com/l6Iw6Ek3D8

Once the peaceful protesters had made their way back into the Tan, Victoria Police chose the time to swoops. They got the crowd running, then picked off the stragglers. 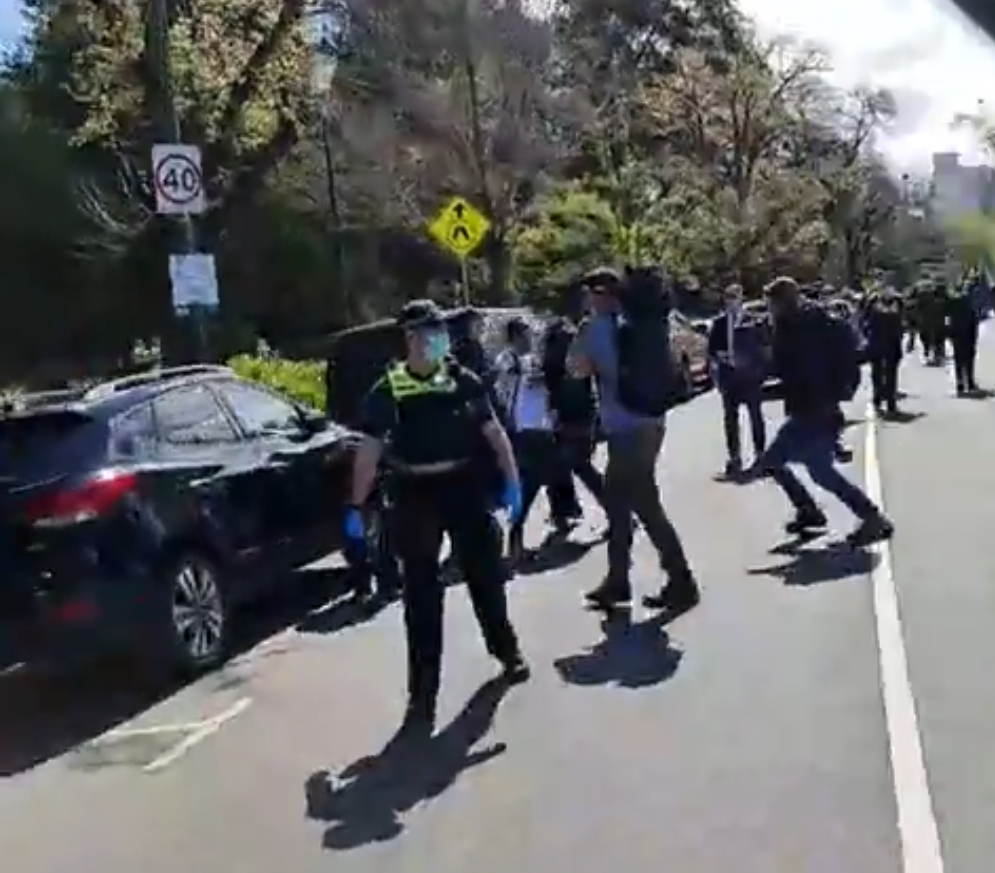 As usual they wielded disproportionate force in order to intimidate others from protesting against Victoria’s Covid Tyranny.

“For your own health” 🤔 pic.twitter.com/ITTkmgA5lt

Undoubtedly these will be the images flashed across the screens by the Lying Press, but it was clear from the entire video of the march that the situation was entirely peaceful until police assaulted rally attendees. 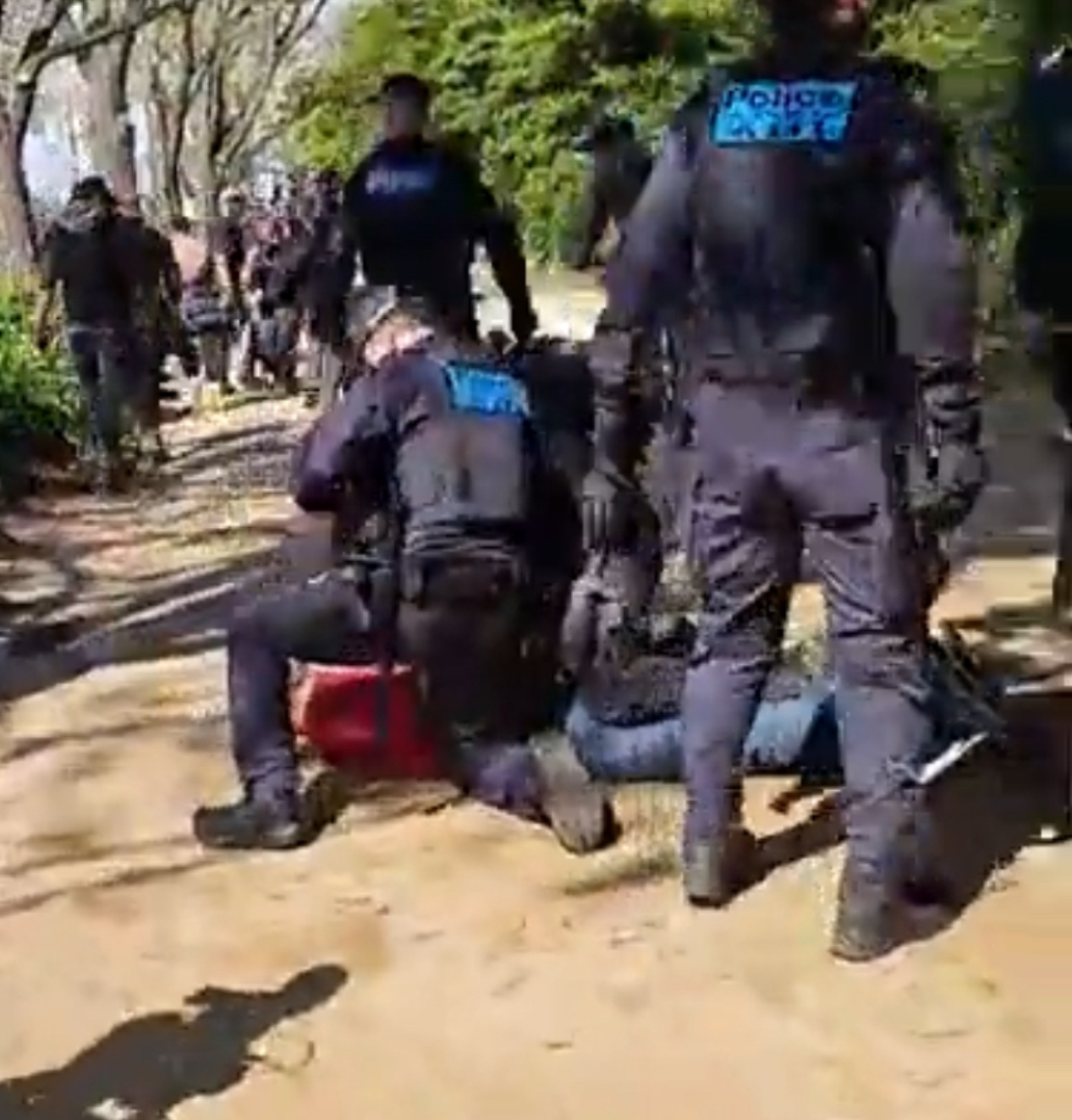 Today’s peaceful protest revealed the most sophisticated level of planning and organisation seen so far by rally organisers. The Vic Freedom Movement arranged for rally attendees to arrive early in cells and blend in. 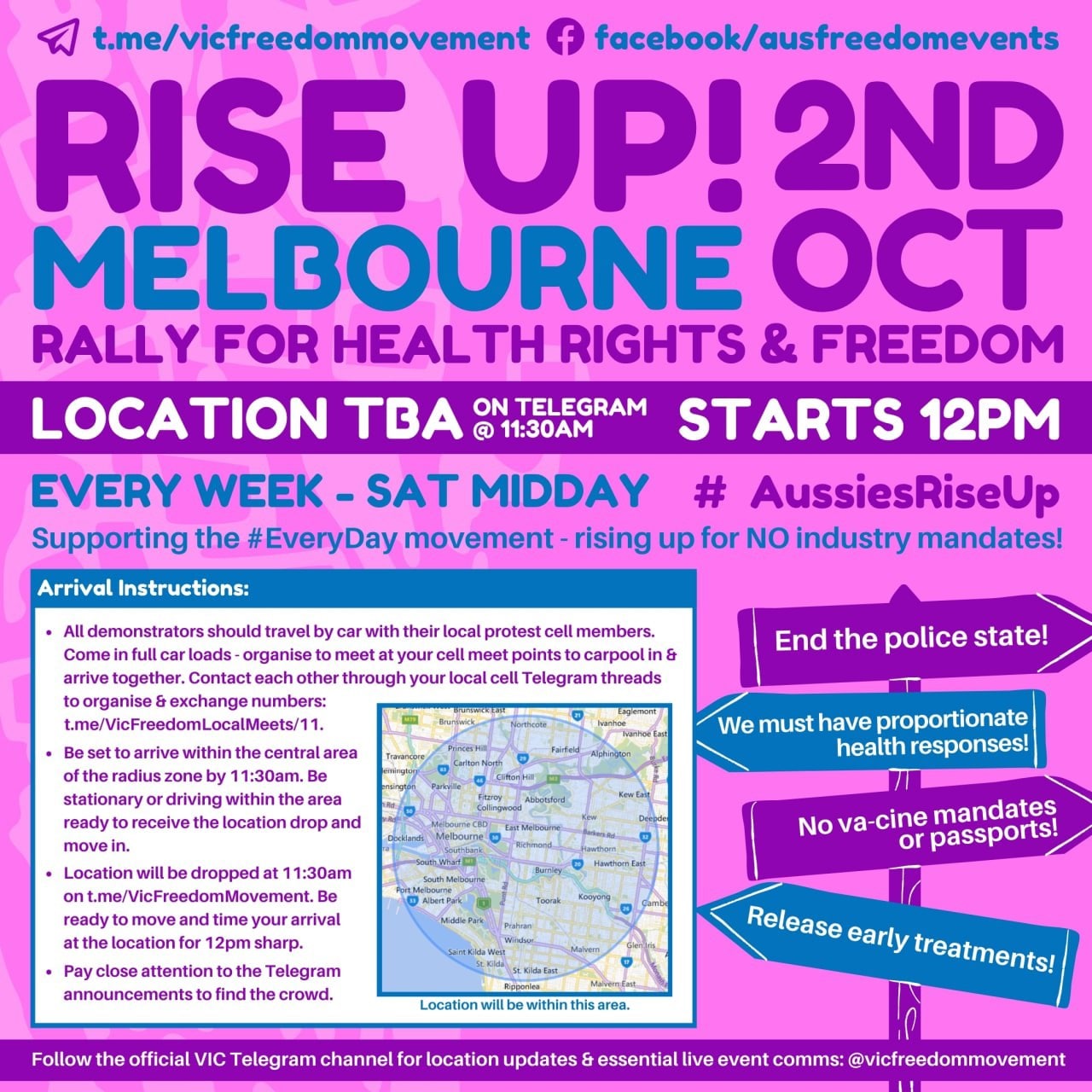 They posted regular updates in a clear, easy to read format and made it clear that official informatioon would flow from just one place, their Telegram page. 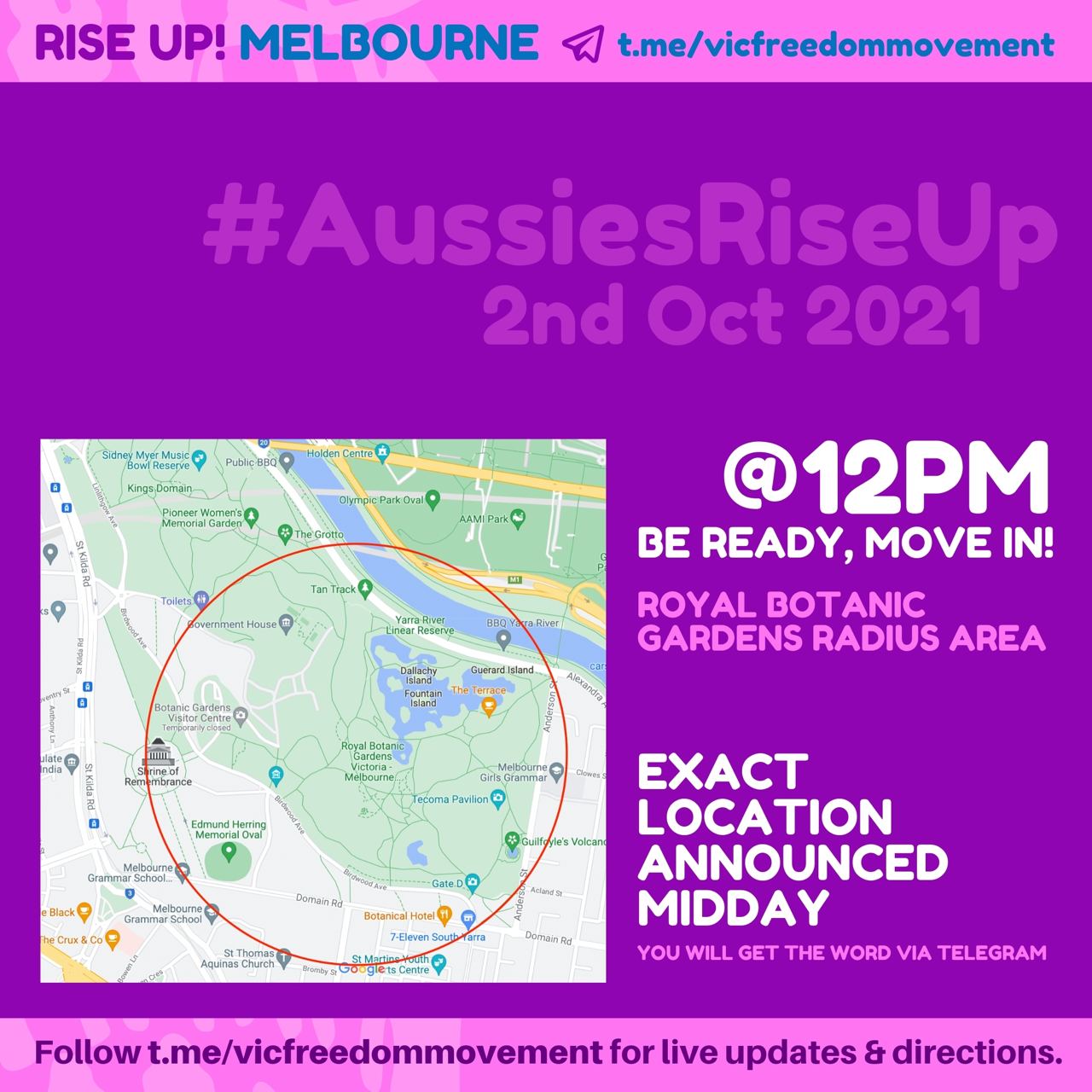 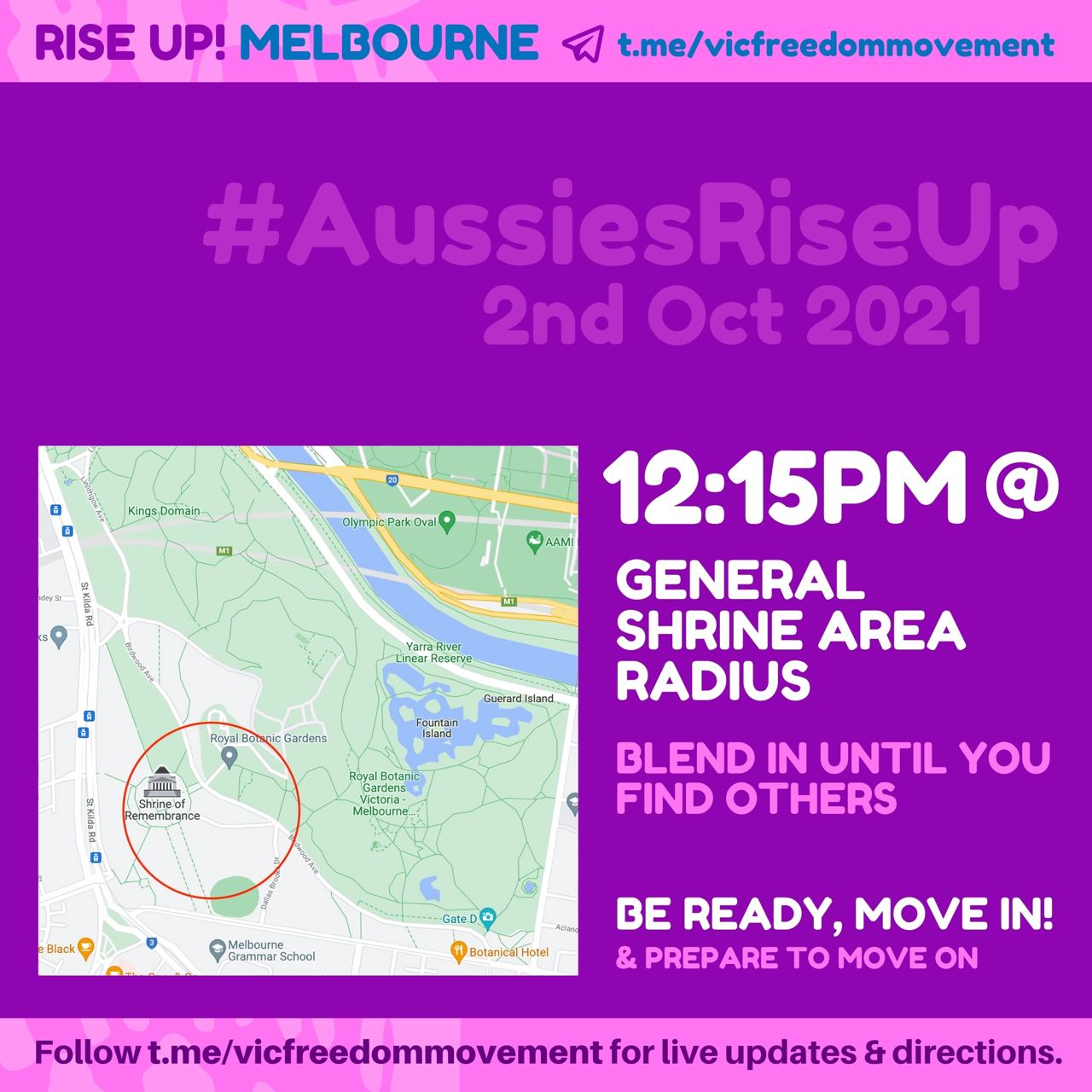 It was clear that a leadership group was directing the march, making sure everyone kept together, and even using units on bicycles to send comms up and down the line.

Highlighting the improved organisation of the freedom movement, it appear most of the crowd got away, were able to disperse and blend in with other people in the park, and are massing in preparation for another march down Chapel Street. This indicates that people are prepared to accept the risks involved, and follow very clear instructions in order to gain moral victories over the Victorian Regime.