A protest has been underway in Acland Street, St Kilda, Melbourne, emulating protests carried out in France against the vaccine mandate. People are dining on the footpath along the busy restaurant strip to protest against discrimination towards the so-called unvaccinated in Victoria.

Check-in with QR codes is mandatory upon entry to all venues. Now, not only do you have to let the government know where you are at all times, you must be vaccinated to enter restaurants, bars and clubs.

Any business owner who enforces this is a rat and deserves to have people camped out the front. It doesn’t cost anything to eat on the side of the road and if the French can do it, so can we.

Naturally, Victoria Police are there to enforce the no-pineapple-on-homemade-pizza mandate. 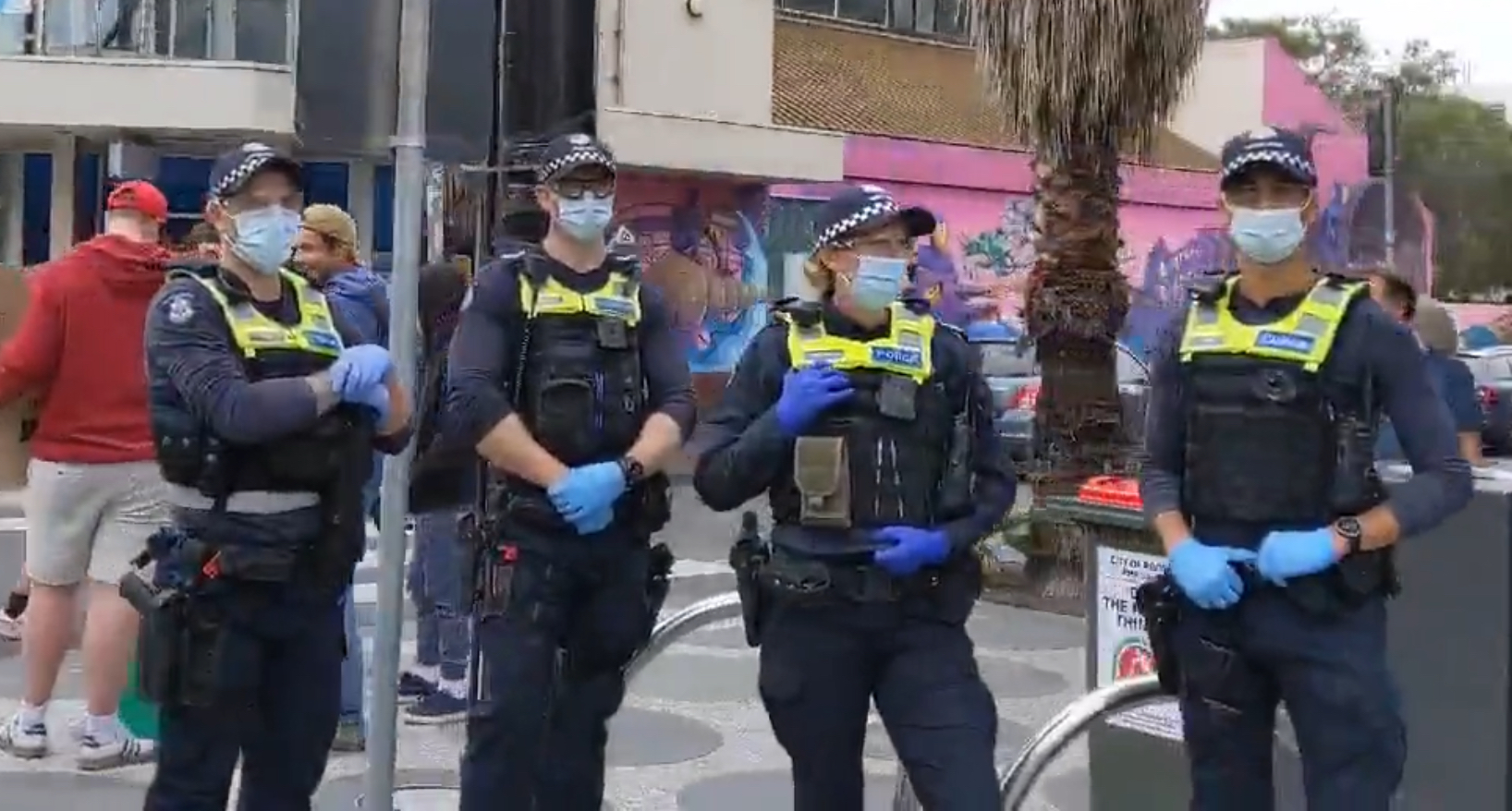 They arrested somebody who poured milk into his tea before removing his teabag.

Seriously, this is our life now. You are not having a nightmare. This is real. People are eating on the side of the road in St Kilda because segregation is law in what used to be known as the lucky country.

Show me your coffee cup! pic.twitter.com/4p36uEzzQa

Wow…government “Covid” Marshalls or whoever they are muscling private businesses…that bloke was so cool and calm 👏🏻👏🏻👏🏻 what a disgusting state Vic is becoming https://t.co/szM3vVsx40 pic.twitter.com/MLFXo4nIe8

The Regime is hoping that if it fines business owners over $100,000 for refusing to ruin the life of their employees, people will just roll over and take it.

Just heard from a colleague
Vicpol pull over a work dual cab Ute for a traffic check.
Cop asks if the boys are vaxxed. Boss is ok. 2 young workers not vaxxed.
Boys fined $5000.00 each
Boss fined $110,000.00
This in Victoria yesterday

Blocking a tram is rather mild, all things considered.

Everything she said was true.

Something tells me we’re still in the phase in which future historians will refer to as “the calm before the storm”.