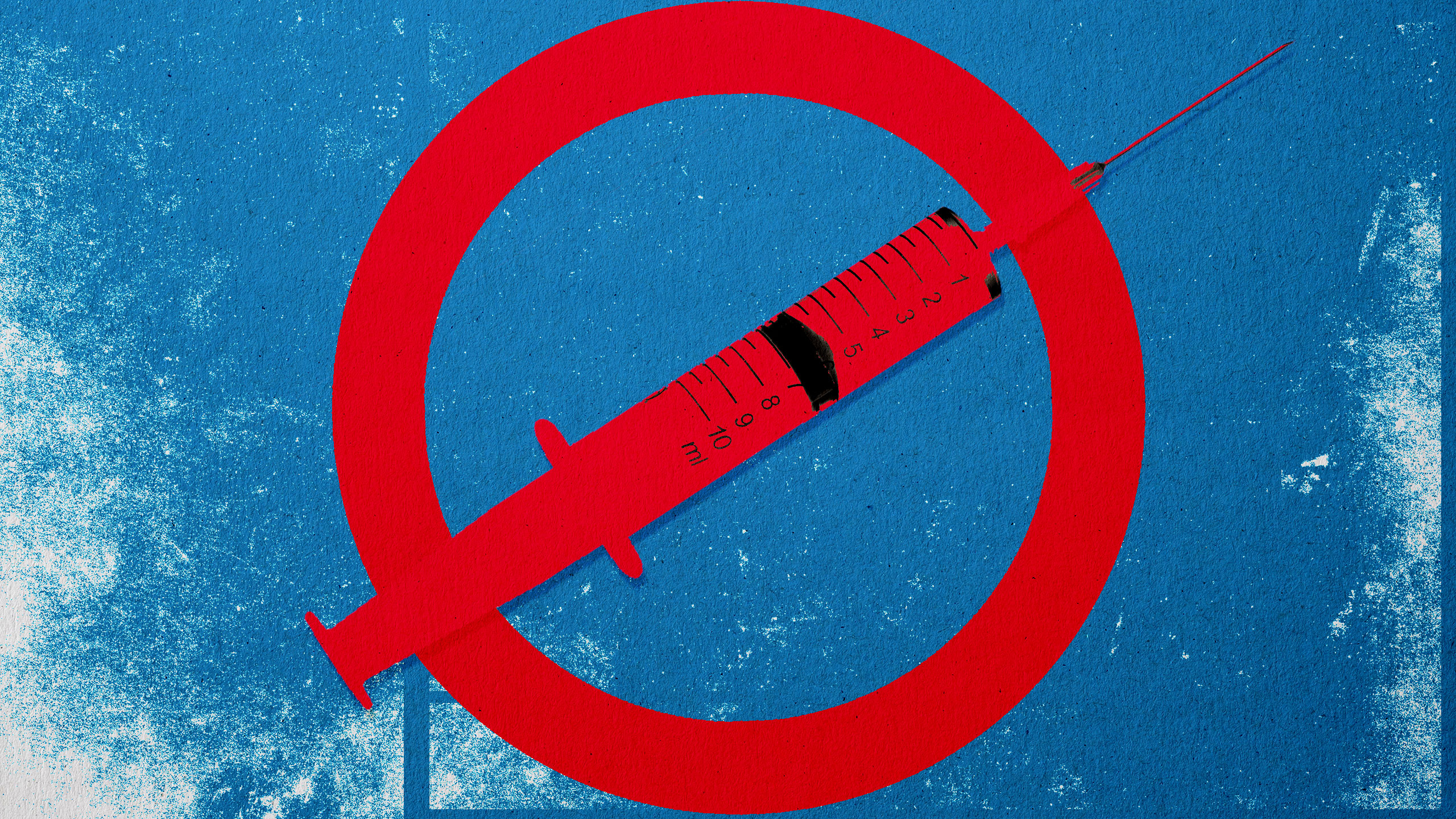 Western Rifle Shooters has a post up with a bunch of videos about the poison you-know-what. Included is a quote from Andrew Anglin which got me thinking. 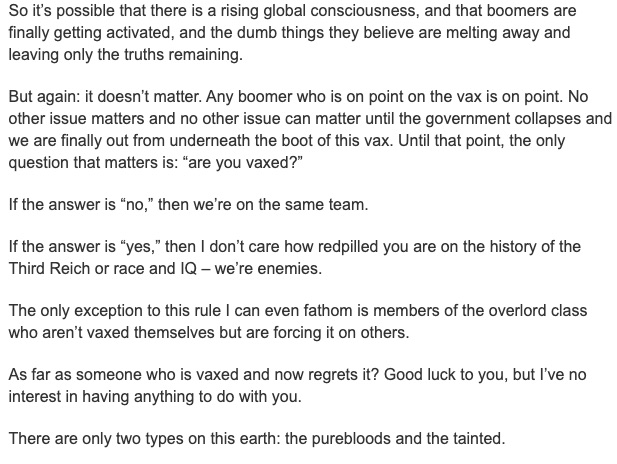 This is of course assuming that all those who have submitted to be poisoned won’t, in fact, die of their poisoning. I mean, if there really is a great die off then most everyone whose skin tone is as yours will be on your team. Unless it goes all Mad Max style with robber barons and the like raping and pillaging and then it’s every squad for themselves.

But if that doesn’t come to pass then there is an interesting question to be asked.

How will you know if someone has been vaxxed or not? I mean, apart from the drooping eyelids and brain aneurysms.

So if this turns about, and the vaxxed become the actual lepers of society, what’s to stop them just throwing away their vaxx cards? Deleting the obedient app from their phone? Claiming to be a pureblood when they are, in fact, one of the dirty tainted.

Nothing will stop it, I suppose. Oh sure, the “medical profession” will come up with some “test” that will prove that you have not been vaxxed, and I have an opera house to sell you on a nice harbor. The same cowardly and traitorous scumbags who actively sided with the enemy to create this entire charade of doom are not going to be the ones who then retroactively get to declare who is pure of blood and who is a tainted zombie. No fucking way on earth that is going to happen.

So how will we know? This is where small communities really matter, and they matter right now. At this moment. They’re taking lists? Fuck them; we’retaking the lists. I can count on two hands and a foot how many people that I know haven’t taken this shit. They’re on my list, as I am on theirs. We had better start building up our lists because there will be no way to know if someone is a poisoned troll or not.

Consider marriage for the sake of raising children. In the daunting future that awaits us. Would you like to know if your bride to be is of pure blood or not? I bet you would, I bet you would indeed. So how is that going to work out? Are you just going to take her word for it? Or is she going to have to come up with some serious bonafides? As are you. She’ll want to know that your bloodline is also of the purest not vaxxed, not even a little bit, type.

Perhaps there will be future professions based around this quandary. The vaxx detective. Checking up on your social media history, among other places. If you think I’m joking then please be most rudely disabused. The world has changed. After this has moved to the next phase then the world will consist of three parts:

Those who got vaxxed.

Those who didn’t because it was their diabolical plan all along.

It’s not just time to choose sides. It’s time to prove which side you’re on. Because I ain’t going to believe a cotton-picking word that comes outta your lying mouth.