Slavery is “the White man’s burden”, we are often told. The idea is that slavery defines the United Kingdom and will stain us forever.

The fact is slavery has existed in every period of history, and just about everywhere. Both the Greeks and the Romans operated such a system, as did the ancient Egyptians. It’s in the Bible, and the Muslims had it by the bucket load.

I have never, ever heard of slavery being anyone else’s “original sin.”

The following is taken from an article in the Jamaican Gleaner from 15th October 2015 titled ‘Africa’s role in slavery’:

The great early 20th-Century black writer of the Harlem Renaissance, Zora Neale Hurston, bitterly complained that “the white people held my people in slavery here in America. They had bought us, it is true, and exploited us.

“My people had sold me… My own people had exterminated whole nations and torn families apart for a profit before the strangers got their chance at a cut. It was a sobering thought. It impressed upon me the universal nature of greed.”

African kings were willing to provide a steady flow of captives, who they said were criminals or prisoners of war doomed for execution. Many were not, but this did not prevent traders posing as philanthropists who were rescuing the Africans from death and offering them a better and more productive life.

When France and Britain outlawed slavery in their territories in the early 19th Century, African chiefs who had grown rich and powerful off the slave trade sent protest delegations to Paris and London. Britain abolished the slave trade and slavery itself against fierce opposition from West African and Arab traders.

Slaves of all types were sold in open bazaars. The Arabs played an important role as middlemen in the trans-Atlantic slave trade, and research data suggest that between the 7th and the 19th centuries, they transported more than 14 million black slaves across the Sahara and the Red Sea, as many or more than were shipped to the Americas, depending on the estimates for the transatlantic slave trade.

Tunde Obadina, a director of Africa Business Information Services, has acknowledged the importance of Britain, and other Western countries, in ending the slave trade. “When Britain abolished the slave trade in 1807,” he has written, “it not only had to contend with opposition from white slavers, but also from African rulers who had become accustomed to wealth gained from selling slaves or from taxes collected on slaves passed through their domain.

African slave-trading classes were greatly distressed by the news that legislators sitting in Parliament in London had decided to end their source of livelihood.

Mali only legally abolished slavery in 1960 and hundreds of thousands of people are still enslaved there in 2015, despite the law.

Ghanaian politician and educator Samuel Sulemana Fuseini has acknowledged that his Asante ancestors accumulated their great wealth by abducting, capturing, and kidnapping Africans and selling them as slaves.

Ghanaian diplomat Kofi Awoonor has also written: “I believe there is a great psychic shadow over Africa, and it has much to do with our guilt and denial of our role in the slave trade. We, too, are blameworthy in what was essentially one of the most heinous crimes in human history.”

In 2000, at an observance attended by delegates from several European countries and the United States, officials from Benin publicised President Mathieu Kerekou’s apology for his country’s role in “selling fellow Africans by the millions to white slave traders”.

Muslims were even more enthusiastic about enslaving white people. Between 1530 and 1780 they caught and enslaved more than a million white, European Christians. During the 16th and 17th centuries, Arabs took more white slaves south across the Mediterranean than the number of African blacks shipped across the Atlantic!

Mostly, Muslim pirates captured European ships and stole their crews. In just three years, from 1606 to 1609, the British navy admitted it had lost 466 British merchant ships to North African pirates [Counting European Slaves on the Barbary Coast Past & Present, August 2001].

The Barbary pirates attacked and plundered not only those countries bordering the Mediterranean but as far north as the English Channel, Ireland, Scotland and Iceland, with the western coast of England being raided at will. 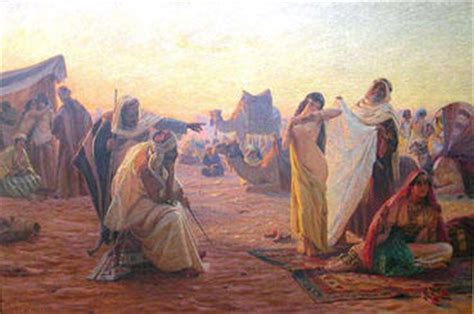 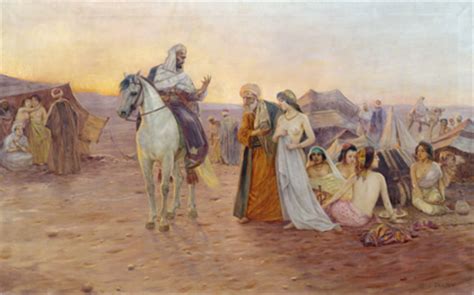 Partly as a result of an inadequate naval deterrent, by the early 17th century the situation was so bad that an entry in the Calendar of State Papers, May 1625 stated, “The Turks are upon our coasts. They take ships only to take the men to make slaves of them.”

Barbary pirates raided on land as well as at sea. In August 1625 corsairs raided Mount’s Bay, Cornwall, capturing 60 men, women and children and taking them into slavery. In 1626 St Keverne was repeatedly attacked, and boats out of Looe, Penzance, Mousehole and other Cornish ports were boarded, their crews taken captive and the empty ships left to drift. It was feared that there were around 60 Barbary men-of-war prowling the Devon and Cornish coasts and attacks were now occurring almost daily.

Muslim and Barbary pirates organised huge, amphibious slave-catching assaults that practically depopulated the Italian coast. In 1544, Algerian raiders took 7,000 slaves in the Bay of Naples in a single raid. This drove the price of slaves so low it was said you could “swap a Christian for an onion.”

After a 1566 raid on Granada in Spain netted 4,000 men women, and children, it was said to be “raining Christians in Algiers.” Women were easier to catch than men, and were prized as sex slaves, so some coastal areas lost their entire child-bearing populations. One raid as far away as Iceland brought back 400 white slaves.

It was a tradition to parade newly captured Europeans through the streets so people could jeer at them, while children threw garbage at them. At the slave market, both men and women were stripped naked to evaluate their sexual value. In the North African capitals—Tunis, Algiers, Tripoli—there was a big demand for homosexual sex-slaves. Other Europeans were worked to death on farms or building projects.

Unlike now, there were no limits on cruelty. Slaves were not just property, they were infidels, and deserved whatever suffering a master meted out.

For a man, there was a fate even worse than being a sex slave. Hundreds of thousands became galley slaves, often on slave-catching pirate ships. They were chained to their oars 24 hours a day, and could move only to the hole where the oar went through the hull—so they could relieve themselves. If the men were rowing, they soiled themselves.

Galley slaves lived in a horrible stench, ate rotten food, were whipped and suffered infestation by rats and lice. Their job was to row until they died, and to be tossed overboard at the first sign of weakness.

Muslims have taken slaves for as long as there have been Muslims, which is about 1,400 years.

Slavery is somebody’s Original Sin, but it’s certainly not the White man’s.