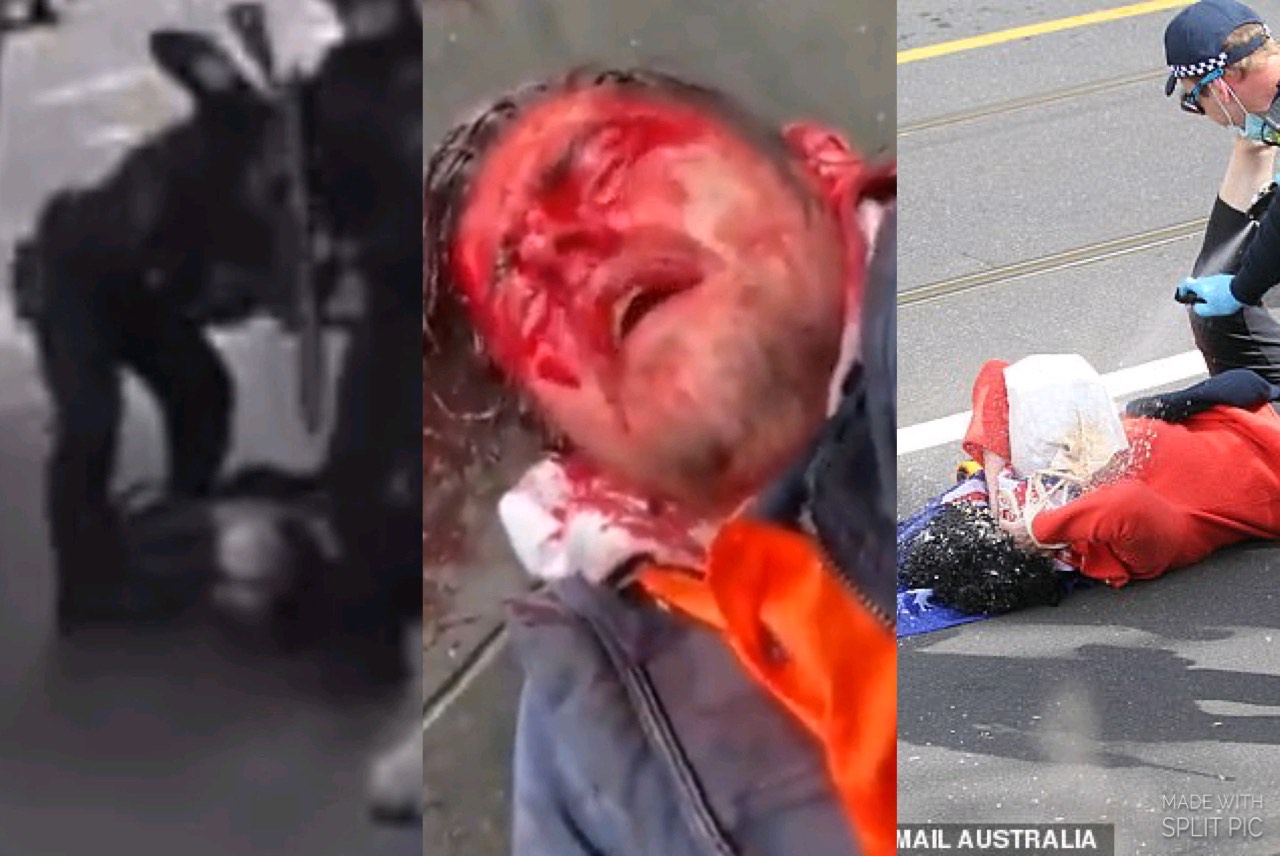 In the 1980’s Northern Ireland was segregated between two groups that hated each other. The police and the army were protestants and served Westminster. The Catholics were in rebellion and wanted a single Ireland under rule of Dublin.

In the holy land, the police and army are Jewish and the rebels are Muslims.

In Melbourne the police are Australian and so are the rebels.

When the police took off their uniforms in 1980’s Ireland they went home to a community that didn’t have any Catholics living near them.

When police and military in Israel take off their uniforms they don’t have to worry about their next door neighbour being a Palestinian suicide bomber.

When Melbourne police go home, they should probably start wondering if their neighbour’s relative just had his head kicked in by one of his colleagues or if their grandmother was shot in the face with a rubber bullet, or if their daughter was pepper sprayed for not wearing a mask. Perhaps they should be asking the Premier if the quarantine camps can be repurposed for homes for serving officers. Separate from the people that they are paid to oppress.

Police in Melbourne have loved turning up in the middle of the night to arrest peaceful protestors from the day before, after they have been identified. One has to wonder what will happen to police if they become identified by people in their community who have a grievance? What kind of calls at midnight can they expect in future, if they continue doing what they have been doing?

Because I know what happened to Protestant police and Israeli military when they were identified by the enemy out of uniform in the enemy’s territory. I also know how much worse the reaction was when people in the same community are discovered to be traitors.

Yes this article is written for police to read. WAKE UP YOU BLOODY IDIOTS! Only you have the power to stop this. Only YOUR non compliance will be effective. Because of all the different parties engaging in the oppression of the Australian people, only YOU will face the physical backlash and consequences. This is NOT a threat. I do not and will not incite or participate in any such activity. I simply know human nature, current reality in other parts of the world and history. I also know what happens after such things start happening and I would rather not have to deal with such a situation.

So wake up you bloody idiots in uniform! A few days ago, I saw a video of a cop in full body armour carrying a “non lethal” rifle (what a con that description is) telling a protestor that he agreed with him on the (non) virus and the tyranny of the lockdowns, but he had to do what he was doing because it’s his job and he needs to pay his bills. I cannot think of anything I have seen or heard over the last 18 months that has been as disgusting as this. I am surprised police aren’t being lynched outside their homes already. Even Dan Andrews has more honour. At least that traitorous prick actually believes in the dystopia he’s helping to bring about.

For goodness sake Australian police, don’t you know just how many chances people have given you already? Do you not understand that these are the people who stood up for you time and time again over the years that you are now brutalising? The tax payers. The hardworking people of this country who always voted for your interests whenever the subject of law and order came up on TV. You live amongst them. They consider you part of their community. And once they decide that you have betrayed them and cannot be redeemed, GOD help you! Nothing I say will stop them. Nothing anyone says will stop them. I would simply find myself swinging from a tree by the neck, next to you, if I even tried.

You are not in 1980’s Northern Ireland. You are not in Israel. You are in Australia. You live amongst the people you are terrorising and you are on a path to destruction, which cannot end well for anyone.