With this in mind we can look at the vaccine passport rules and mandates being implemented in a different light.

Currently in France a person can be arrested and jailed for between six months to a year for entering the premises of cafes to sit down if they are unvaccinated or not carrying proof of CoVid vaccination. You can’t work in France without a vaccine passport in most professions. The result has been that many people have quit and the country’s economy and basic services are collapsing.

Here in Australia, we now need a vaccine passport to travel between States. Truckies have reacted by saying they will simply stop moving goods and blockade the border.

The problem is that, unlike in previous generations, where National Strikes would bring Governments to their knees due to bringing the country to its knees, a complete economic collapse is what the Globalists actually want and need. There is no Great Reset without a great collapse first. The more mayhem, the merrier.

There is only one way to fight back and that is to refuse to change your way of life. Truckies should storm the borders, not blockade them. People should turn up to work at cafes in France even if fired and continue serving people until the police arrive to escort them off the premises and jail them. Once released, go back and do it again.

Whatever insane rule that is imposed, it needs to be vigorously ignored or defied. Make them arrest us for living our lives normally. All of us. 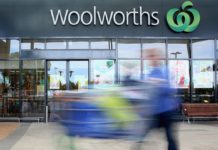