Australia’s dyke soccer team lost in the semifinal to Sweden at the Tokyo Olympics and nobody cares, except for the dykes at the ABC. 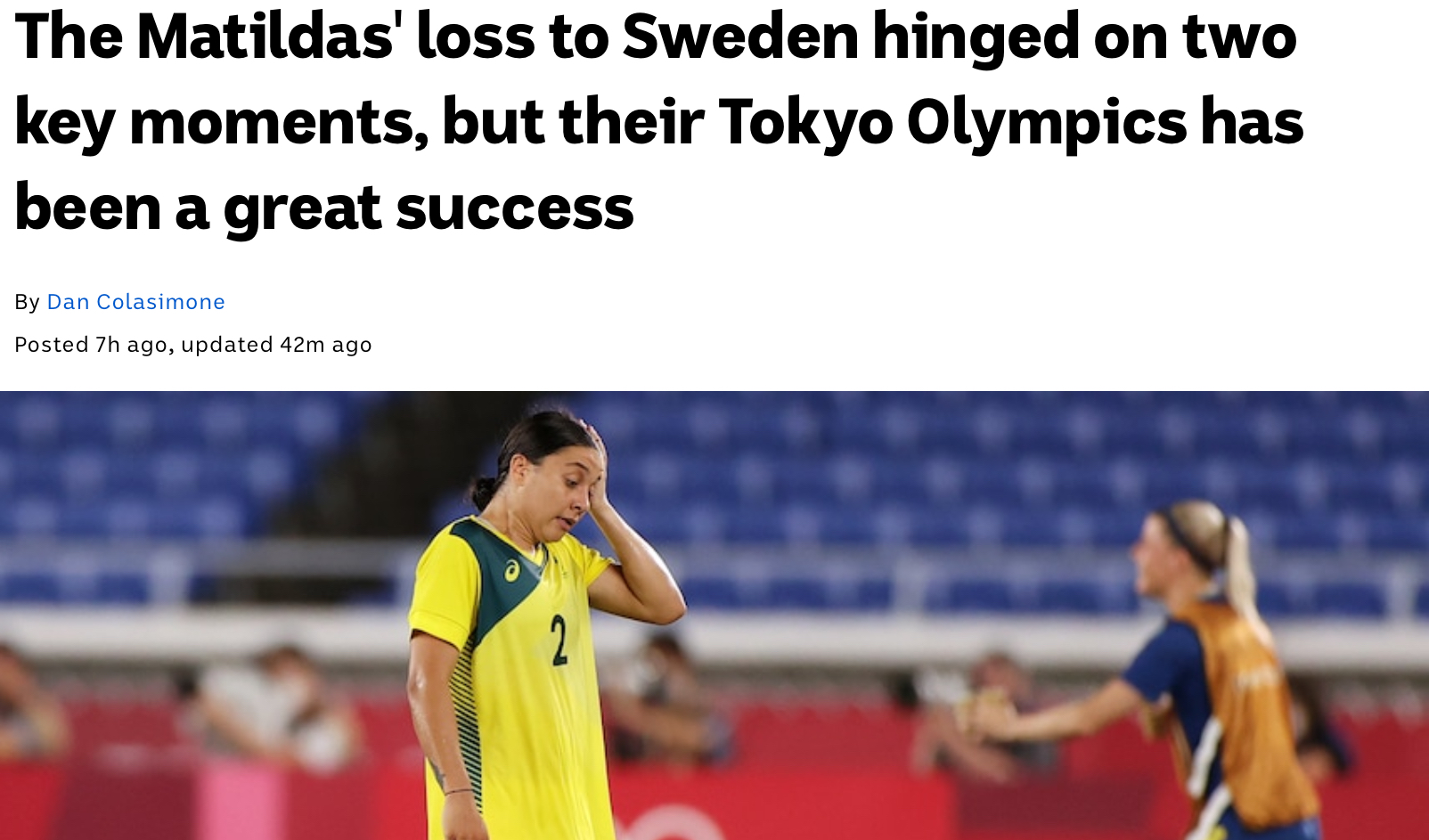 America’s dyke soccer team lost as well, and ordinary Americans are celebrating the fact that somebody, anybody, beat the freaks representing the complete opposite of American values. Even if it’s Canada.

Even ticket takers have been prepared to join the gloating. 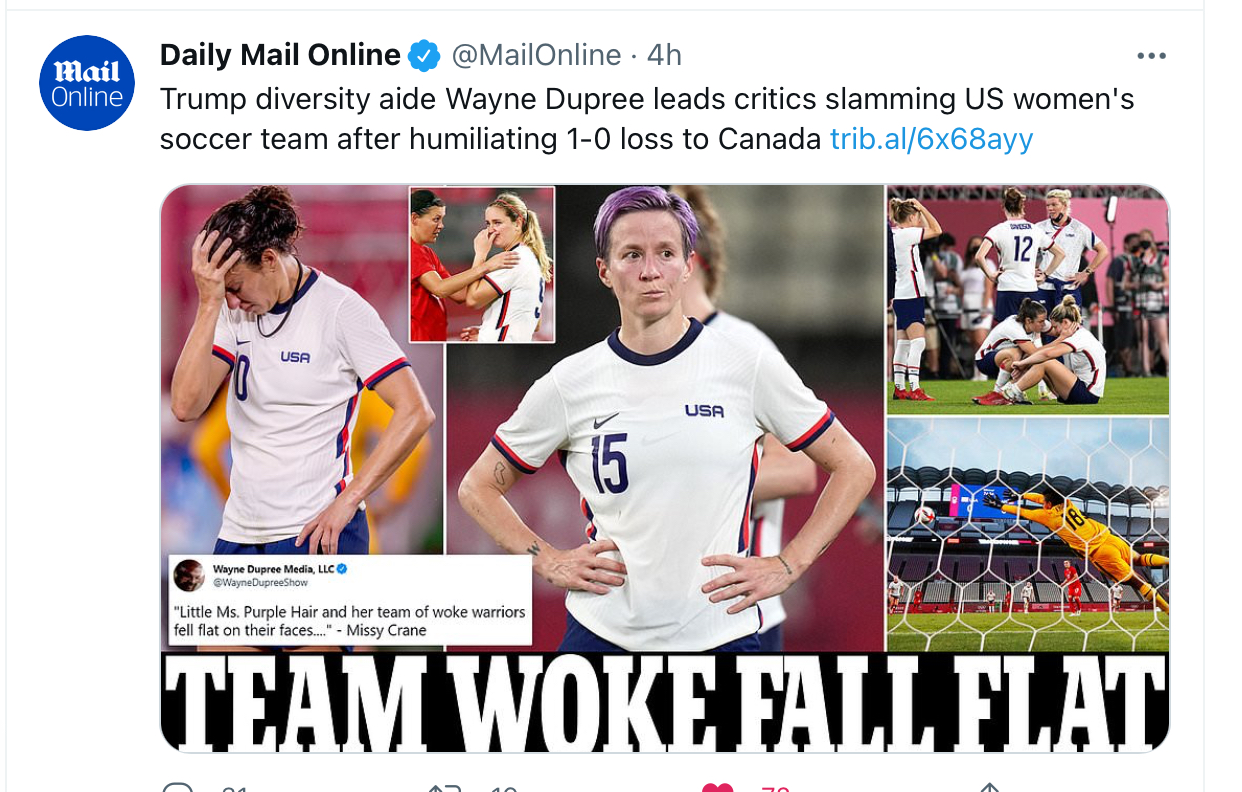 And the derision is spreading to other sports.

Maybe if #RavenSaunders took as much effort in protesting she would have won gold 🤔#WokeOlympicshttps://t.co/IkPd9X54n1

Meanwhile White guys everywhere are smiling after two Italians beat a field full of negroes to win the both the high jump and 100 metre sprint gold. The Aussies didn’t make it but the wogs came through. 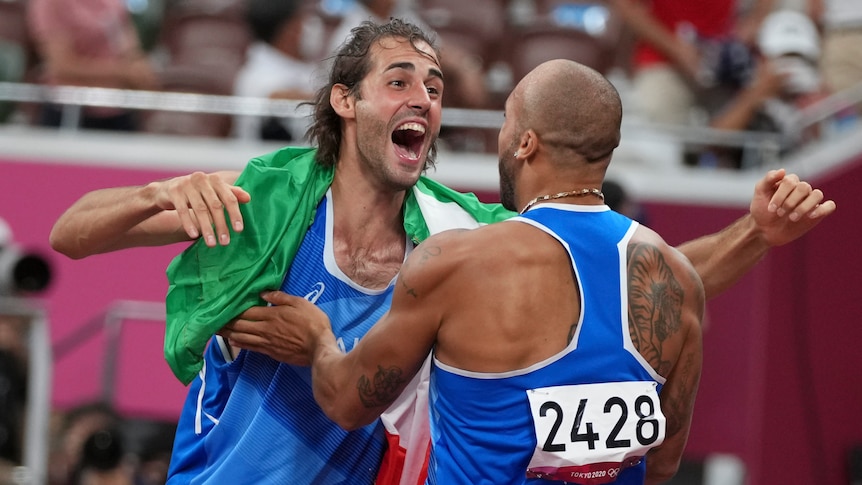 It caps off a brilliant few weeks of Aryan victory over negroes after Cuck Island’s Kalergi soccer team lost the Euro2020 Final to a solid Italian team full of solid Italians. And that’s the thing. The jews have packed our sportsball teams so full of negroes that White guys are starting to notice. The logic of the argument that so-called “minorities” need more “representation” in public life so that they don’t feel “marginalised” by not seeing enough “people who look like them” cuts both ways.

When White guys see White guys being replaced in our sportsball teams it makes our replacement in the rest of public life personal. Many were happy to have less responsibility, to abdicate their duty to secure the existence of our people and a future for White children, so long as the slow morphine feed of sportsball remained. Sport is the opium of the White masses.

Now watching sportsball is like being repeatedly kicked in the nuts and White guys aren’t going to take it any more. When we see our club, our region or our country being represented by people who reject our culture and our values, or by people who are not even our people, we’re not going to barrack for “our” team any more. We are going to openly barrack for the “other” team.

We’re going to barrack for the White guys.

And for those prepared to leave the world of lies behind, we are going to collectivise and actively build a new world outside the system that seeks to destroy us.