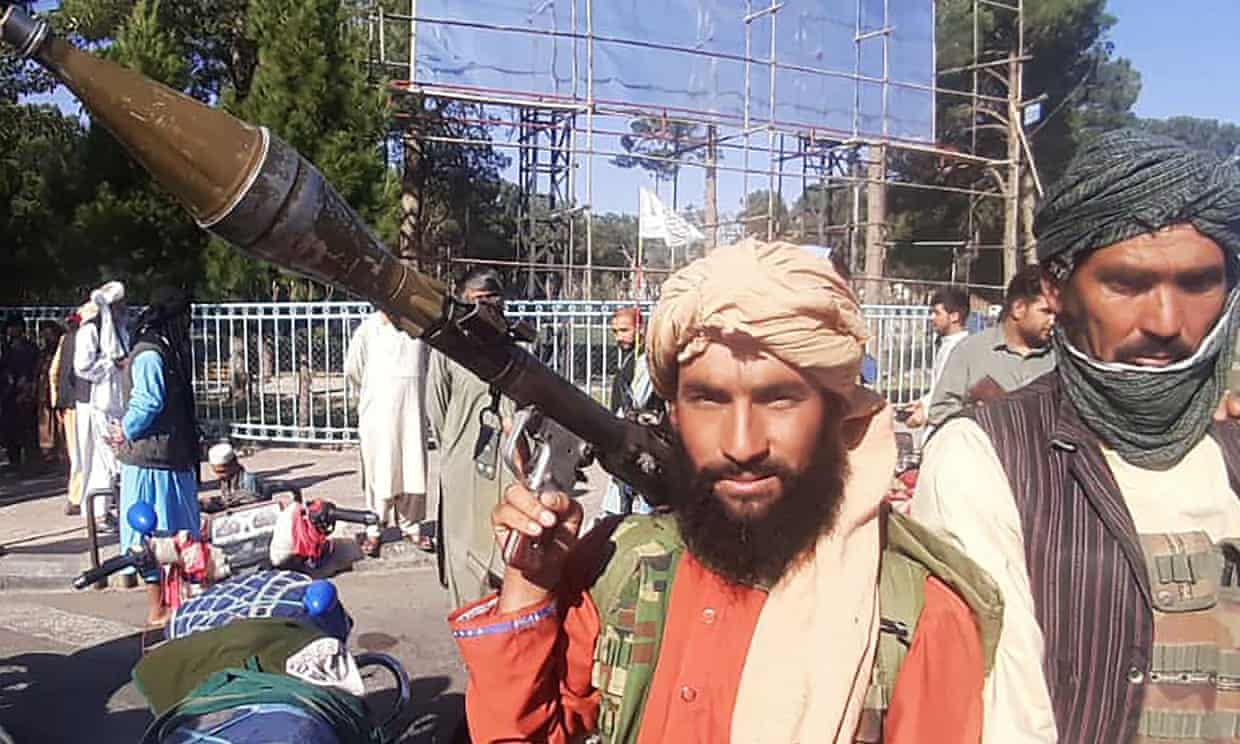 It is Saturday morning in Afghanistan. As I write these words, the US embassy in Kabul is most likely engaged in what is known as the burn documents phase. After exactly twenty years of war in that poor country the end is in plain sight for the West’s excursion into the end of empires. All of the expenditure in lives and treasure has mostly been for naught. I say mostly as big business and the CIA made out handsomely with the sale of arms and narcotics.

There’s an old joke that if the Jews didn’t personally murder Jesus, they sure did sell the lumber. America may seem to be humiliated on the world stage, but true humiliation requires a modicum of shame. While the average American may feel betrayed at the vast expenditure for no reason, those behind the Afghan incursion will sleep soundly in their luxuriant beds. No lessons will be learnt because no introspection is required when the goals of those behind the war have most assuredly been met.

The war in Afghanistan, which from the very beginning existed for no tangible military or political reasons, was a complete success for those that waged it. They rolled the dice and got twenty years. That’s twenty years of unmitigated profit in arms sales, corporate fees, expert consulting and every other aspect of the cost of running an expensive war and pretend nation building exercise in an alien land half a world away. And the poppies, don’t forget the poppies. The lucrative narcotics trade was completely taken over by the CIA and its proxies, a war on drugs indeed but not the kind of war that Nixon originally promised.

In fact, twenty years of profit is not entirely accurate. The gravy train in that region might have begun with the arms sales to the Mujahideen rebels in the war against the Soviet occupation of the country. But perhaps it goes back a little further. The 1973 coup d’état against the reigning monarchy of King Zahir Shah by supposedly Marxist elements of the Afghan parliament and military brought an end to an Afghan regal dynasty that had stretched back unbroken to 1747. King Zahir Shah had been in rule since 1933, a not inconsequential time scale in that region of the world.

While the coup orchestrators were promoted as being from the far-left, intriguingly the new government immediately sought to improve ties with the United States and Pakistan while the Soviet Union was cold shouldered. Not exactly the kind of behavior one would expect of committed Marxists with the Soviet Union and China directly on the border.

It was that border that was decisive in the USA forming an active interest in the Afghanistan region. 1973 was the beginning of the end for the United States in Vietnam and the Cold War was at its apex. A political and military agreement with Afghanistan would enable the US to have a direct border of influence with both the Soviet Union and China, while a sea route would be connected through the cooperation of Pakistan. Convoluted excursions with Iran and Turkey also played their part in the game of securing a foothold in the soft underbelly of the Soviet Union, which as history shows did not underrate the threat and direct repercussions followed.

But today a fifty year great game seems to be at an end. What started for political and strategic reasons ended with the base desire to accumulate power and wealth. As I have already stated, it has been spectacularly successful for certain elements in and around the United States. For the nation itself however, the result has not been as positive, with the USA now unrecognizable in both a domestic and demographic sense from the nation that began dabbling in the Afghan region so long ago. Its internal politics have been usurped; its domestic infrastructure is falling to pieces; many of its once great cities are close to becoming uninhabitable for those not truly desperate or outrageously rich; its demographic base is in the process of being replaced by the more easily swayed and politically compliant; but worse of all its people do not fully understand what has happened and the reality that the nation is lost.

In that regard, the Afghans have a distinct advantage. When the Taliban formally take complete control in the next few weeks or days, after having rejected outright any sort of power sharing arrangement, they will have their own country in their own hands. It might be in ruins but it will be theirs. No foreigners will be tolerated. The Afghans will be able to get on with rebuilding their country that is connected to them by their very blood. Their innate and healthy distrust of outsiders will serve them well in the modern world. And after what they have been through, they deserve nothing less.

America would dream of being so fortunate.