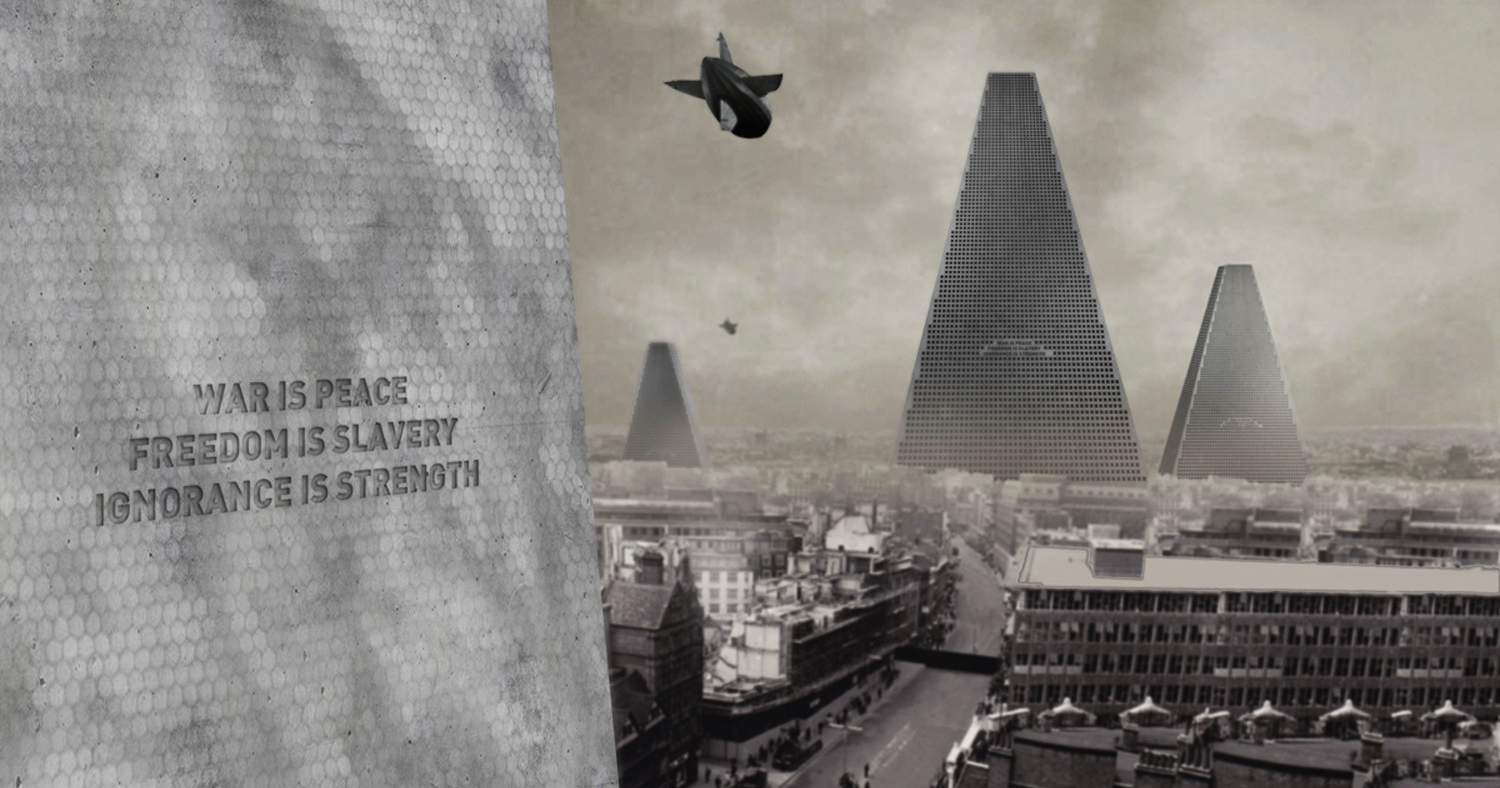 “You are imagining that there is something called human nature which will be outraged by what we do and will turn against us. But we create human nature. Men are infinitely malleable. Or perhaps you have returned to your old idea that the proletarians or the slaves will arise and overthrow us. Put it out of your mind. They are helpless. Like animals. Humanity is the Party. The others outside-irrelevant.”

George Orwell’s book 1984 is a depressing affair. There is no happy ending. No hero overcoming the odds to achieve victory from the jaws of defeat. Just a detailed exposé of the mechanisms of ultimate oppression and how it succeeds.

The current reality in the real world reflects Orwell’s fictional dystopian reality. The Communist Government is still in power in China. It’s still there in Cuba. The USSR broke up, but not because the regime was overthrown. Instead people left en masse for the West and the regime decided to change itself. But where can people leave for now? What safe havens of freedom are left?

The Communists of Eastern Europe found new roles in the bureaucracy of the EU and the UN. Joined forces with the Globalist traitors of the West and the spread of tyranny resumed.

There will be no revolution. No mass uprising. No coup. A year of protests has been nothing more than a pressure release valve for the elites to exploit whilst they continue to dare the individuals in the mob to take the step from peaceful to non peaceful protest.

If you remain peaceful, you will be ignored. If you even hint at violence you will be crushed.

Former President Donald Trump deliberately brought his supporters to the brink of uprising, only to betray his supporters when crunch time came. The betrayed are now sitting in solitary confinement and abused to breaking point in an FBI room 101. By the time they finally face trial (if they ever do) they will be so wretched that they will confess to the Judge that 2+2=5 and like Winston will love Big Brother for helping them to understand that the answer to 2+2 could be anything the Party says it is.

Doublethink is now the new normal. The masses now routinely express their two minutes of hate each day at anyone pointing out facts to them. Try showing someone actual Government data that CoVid deaths are just as prevalent in fully vaccinated as unvaccinated, or that side effects and death from the injection are over 100 times more prevalent than in all other vaccines on the market combined. Try it. “Vaccines are safe and effective” is the Party line. So they are. War is peace. Ignorance is strength. Freedom is slavery. Sooner or later you will submit. Just like Winston.

The protests will rage on. In France the Supreme Court just upheld the Constitutionality of imprisoning citizens for six months if they enter a cafe without an up to date vaccine passport. Peaceful protests outside, were ignored. Meanwhile the police in every country deliberately provoke protestors with brutality in an attempt to make them violent.

The regime understands violence. It is ready for it. It wants it. Sooner or later it will get it and then the real oppression can take its final form.

“Do you believe in God Winston?”

“Then what is it, this principle that will defeat us?”

“And do you consider yourself a man?”

“If you are a man, Winston, you are the last man”.

Winston doesn’t believe in God. Winston is defeated. Just like everyone who rebels against Big Brother, is defeated.

Unlike 1984, the Bible is a book of triumph and hope. It’s central message is to put your faith in Jesus Christ for your eternal salvation. He lived, died and was resurrected to atone for our sins in this world. Accept this and anything that happens to you in this world is irrelevant. Life everlasting is yours.

When enough people accept Christ into their lives, Just civilisation rises. The Old Testament shows this historically for those who accepted the promise of his coming.

History, after the writing of the New Testament, shows this to be true for societies that accept that prophesy was fulfilled.

True, the message of the Bible can, and often has been, coopted and subverted by Kings and Popes seeking earthly power, but whenever the Bible’s actual words are taught in full or when enough people bother to read the Bible for themselves and put their faith in it; then God’s promises are fulfilled.

The Bible tells us that “the sins of the fathers are visited onto their children even unto the fourth generation”. The primary sin is the abandonment of the one true God and it is the sin most prevalent in the men of today. We should not expect, therefore, any redemption on this earth in our own lifetimes.

The future you have to look forward to then, is either being forced to believe that 2+2=5 to avoid the worst of what humans are capable of doing to each other or choosing to believe that the “impossible” happened and God manifested on earth as a man, died for our sins and rose from the dead before ascending to heaven.

Which is more onerous to you?

If you think you can resist in the manner of Winston, look around you. Will real life Winstons succeed where fictional Winston did not?

Christians fear the wrath of God above all else. Christians throughout history have suffered torture and death rather than renounce their faith. People following God’s commands resist peacefully, flee, fight or destroy with bloody slaughter, as they are instructed to do. Always they resist evil regardless of the consequences to themselves or their families.

What is your breaking point? What is your personal horror in room 101? Rest assured Big Brother will discover it and use it against you.

This is no false dichotomy I am painting for you here. There is no more fence sitting. There is no third way. Put your faith in God through Jesus Christ, or be forced on your knees to accept a world where everything is deliberately a lie. A world, controlled by the Father of lies himself. You can have eternal life, or you can have eternal Hell and death. Choose, or the choice will be made for you.