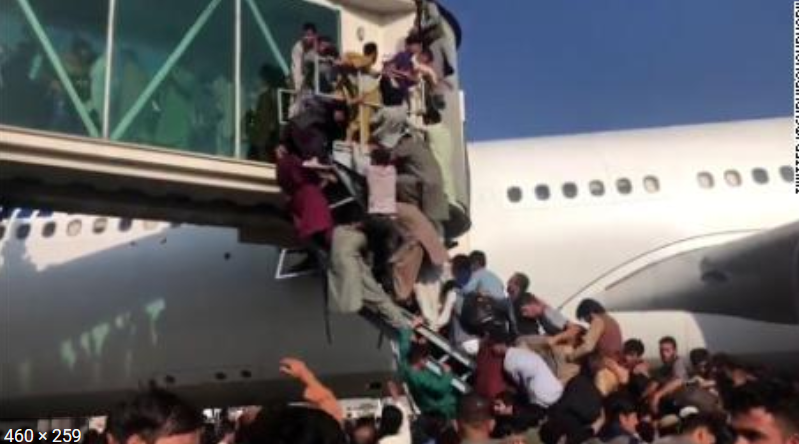 Reports abound that the Taiwanese are getting nervous. America’s undignified scramble out of Afghanistan is the latest in a long line of undignified scrambles. History tells us that the US does not treat its allies so well if it is not in its own immediate best interests. The first example of this would be that of the American revolution, when diplomats from the revolutionaries appealed to the French monarchy to aid their cause. The French stepped up, but then the fledgling US nation made a peace deal with the British without informing their allies, leaving the French with a lot more than diplomatic egg on their faces. That betrayal was one of the direct causes that lead to the French revolution.

So the United States set its form from the beginning. Many other nations over the years have discovered this ugly truth first hand; South Vietnam, Lebanon, Somalia, Libya, various Central American countries, the list goes on and on. Which makes the situation for current allies of the US to be rather precarious. If it isn’t in Uncle Sam’s interest to keep the pact, then whatever is written on paper is worthless.

So Taiwan should rightly be nervous. You can add the Ukraine to that list as well. Qatar might be also looking over its shoulder. But then there is also South Korea who might be wondering what the going rate for getting out is.

And then there is Australia. Yes, don’t forget about us Aussies. We leapt at the Yankees in 1942 and we have obediently followed them into every war they have conducted since, apart from that little mashup in Grenada. And here we are sitting at the bottom of the Asia-Pacific region with most of the raw materials that the big players need to keep their engines running. Our entire military would only half fill our largest sports ground, and that includes all of the sodomites, cross-dressing freaks and general legions of woke that currently infest our armed forces.

Our civilian population was effectively disarmed twenty five years ago, and Aussies as obediently as ever laid down their arms to their government. So there won’t be any partisan activity behind the lines, unless we reckon boomerangs have a shot in the 21st century. Okay, if we were being invaded by the USA maybe such advanced ordinance would be effective, just going on their recent form. But I fear that the Chinese, Indonesians, Malays and Indians might have other ideas.

The Australian media is presently full of pathetic bleatings of concern for Afghans who sold out their countrymen and who are now justifiably concerned for their immediate prospects of living. Our media accuses the Taliban of being “barbarians” for eliminating the internal enemies in their midst, no doubt contrasting that with our so genteel manners while real Australians are being rapidly replaced and any whites who protest their ethnic demise are thrown in the slammer.

No doubt the media will soon turn their attentions to the oh so poor Taiwanese and Ukrainians, perhaps demanding that we send what few remaining quality troops we have over there to prop up the madness. But if they had any brains at all, which we know is a tough call, they would be instead worrying about Australia’s strategic position.

Because as the events in Afghanistan plainly show, we are protected by the USA only for as long as it is in its own interest, not ours. As a nation, that is a powerless situation to find oneself in. It effectively means that Australia has no real control of its own destiny. In other words, Australia is alone.