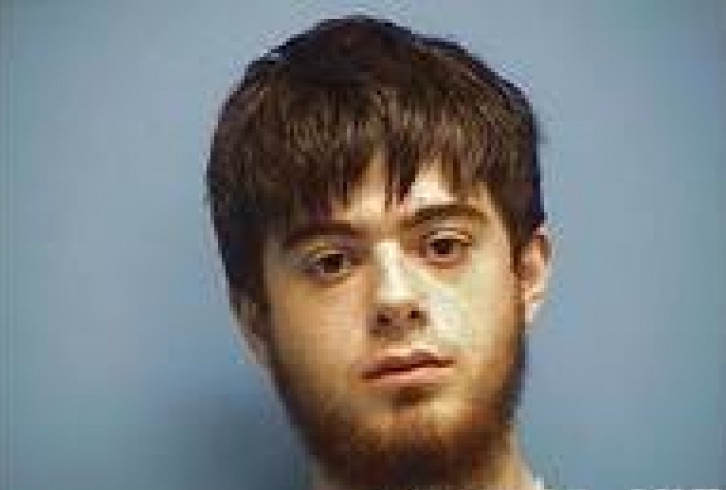 A 23-year-old Arkansas mechanic struggling with mental illness was sentenced to 6.5 years in prison last month in what both the FBI and media are celebrating as a foiled white supremacist domestic terror plot.

According to the Daily Beast, Jason D’Juan Garfield and two other men plotted to use explosives and automatic weapons to commit mass murder against Jews, blacks and drug addicts. They would’ve acted on the plans had the FBI not intervened against the domestic terrorists, the report claims.

But as has become the norm in these cases, court documents paint a drastically different picture.

Garfield, who the FBI attempted to pin numerous terrorism related charges on, was in the end only charged and convicted for a few uneventful firearms violations.

“Moon Man’s” Plan To Be The New Timothy McVeigh

According to a federal affidavit, Garfield, who online used the moniker “Moon Man” first came to the FBI’s attention in 2019 over his participation in a chatroom titled “Right Wing Death Squad.”

In the group, “Moon Man” and others described engaging in cartoonish violence against minorities in memory of the Ku Klux Klan and crusades.

What is omitted in FBI Special Agent Ryan Crump’s affidavit is that both “Moon Man” and “Right Wing Death Squad” are satirical internet memes based on a reimagining of the old McDonald’s mascot as a violent racist in the KKK.

The joke is that Moon Man, often used in computer generated rap songs with hyperbolic lyrics, is a racially motivated spree killer, often portrayed besides a satirical portrayal of libertarian cartoonist Ben Garrison.

The most popular Moon Man meme video ever made, titled “Right Wing Death Squad” just like Garfield’s chatroom, features the very themes described by the FBI agent as a serious terror plot.

Relying on information from informants, including one that agent Crump admits is “motivated by money,” the FBI exhausted serious surveillance resources on Garfield.

The FBI claims that it relies on gun technicalities and false statement prosecutions to go after “white supremacist domestic terrorists” due to a dearth of statutes to prosecute racially motivated crimes and domestic terrorism, but this is a lie.

A March 12, 2020 search warrant request reveals that Crump extrapolated from both Moon Man’s postings and an FBI informant that persuaded him to say more and more extreme things that he would find the following violations: Solicitation to Commit a Crime of Violence, Interstate Communication of a Threat, Illegal Possession of a Machine Gun, Prohibited Person in Possession of a Firearm, and Conspiracy to Use a Weapon of Mass Destruction.

Ultimately, by July 2020, court documents obtained by National Justice show that prosecutors could only pin firearm parts that are legal to buy separately but owned together could be construed as intent to build a machine gun, as well as a supposed “suppressor” that may have just been a solvent trap.

The third charge he pled guilty to was possessing firearms as a prohibited person, due to being committed to a psychiatric ward in 2017.

The only other person charged in the Right Wing Death Squad group, Colton Andrew Pelts, was convicted of making a false statement to a pawn shop owner when purchasing firearms he intended to give Garfield as a gift.

According to documents reviewed by National Justice, Garfield has struggled with clinically diagnosed mental illness throughout his life.

While some proceedings on this topic were restricted by the court, his defense sought to use this, and the exploitation of his mental illness by FBI informants, as mitigating factors in his case.

It is unclear if the two men being reported by the press as co-conspirators who were never indicted in Garfield’s supposed terror plot are the two informants motivated by “patriotism” and “money” alluded to as helping set him up.

But what is notable in agent Crump and David D Alms’ retelling of the facts is that the informants were playing into the mentally disabled Garfield’s delusions and pressuring him to go further and further in his rhetoric.

The possession of firearms by a former psychiatric patient is alarming, but the FBI’s construction of a “white supremacist terrorism” narrative is opportunistic and ideologically motivated.

The political factors and role of informants in driving rhetoric that crosses into criminal territory forward no doubt played an important role in the prosecutor’s merciless charge-stacking and the judge’s decision to give Garfield 78 months in prison rather than a reduced sentence with mental health support.

The FBI has repeatedly ignored specific warnings about mass shootings about to act because they did not feel investigative resources should be wasted on individuals who are not “racially motivated violent extremists.” The result of prioritizing investigations based on political gain rather than fighting crime is that vulnerable individuals are exploited while imminent threats are allowed to become violent.