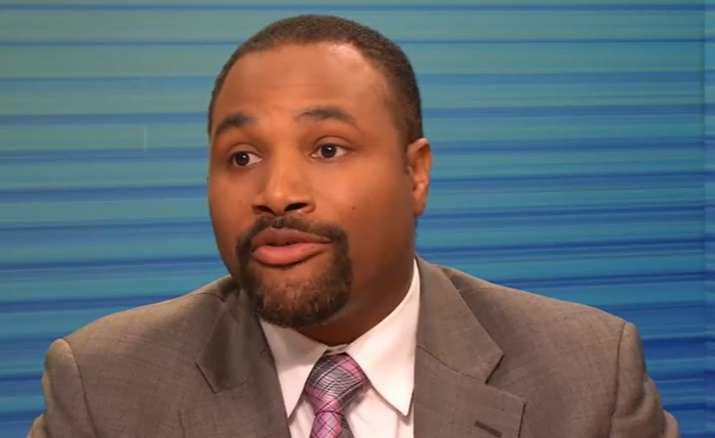 The FBI announced yesterday that it was opening up a federal “hate crime” investigation into Edward Cagney Mathews during a wild Mount Laurel Council meeting.

Mathews received national attention after a mob of blacks organized by Black Lives Matter gathered outside of his home in New Jersey looking to do him harm. Previously, the irate white man was filmed saying “nigger” to local blacks, but did not engage in any violence or criminal activity during the incident.

Nevertheless, politicians and activists embedded in the justice system are looking to punish Mathews for saying the naughty word to send a political message.

Following the chaos outside his home, Burlington County prosecutors elected to stack Mathews with an avalanche of crimes, ranging from possession of a “weapon” (a slingshot), criminal mischief, and various drug related offenses related to hallucinogenic mushrooms found in his home.

A computer-generated sentencing recommendation called for Mathews to be released, but Judge Terence Cook, who is black, overruled the objective assessment and ordered him held without bond because he is “racist.”

The FBI agent who told the anti-white mob that he would pursue Mathews on much more serious federal crimes, Special Agent Vernon Addison, has a long history of railroading white men for saying “nigger.”

While the United States has no official hate speech law, prosecutors, federal agents and judges informally punish those who express views or sentiments they find offensive by exploiting gray areas in existing laws and abusing their powers. 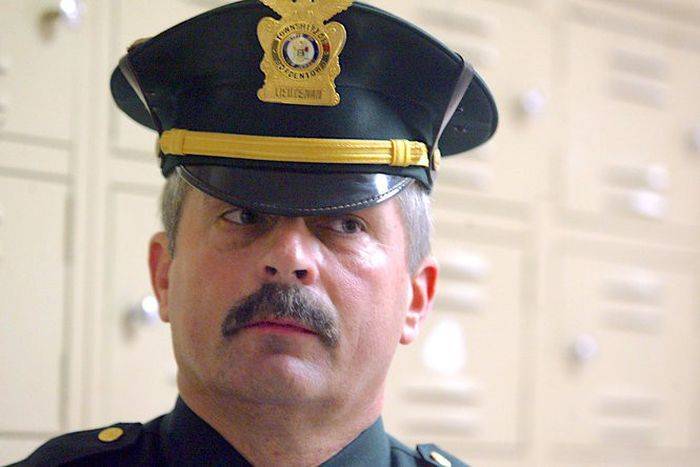 According to the 2016 federal complaint obtained by National Justice, Nucera would privately use words like “nigger” and “moulie” to refer to black criminals he encountered on the job.

The FBI decided to punish Nucera for his impolite language by accusing him of smacking a handcuffed black suspect’s head against a door frame during an arrest at a Ramada Inn in September 2016.

Agent Addison admits that the alleged victim, Timothy Stroye, was resisting arrest and fighting with the police, yet his federal complaint charged Nucera with assault as a hate crime for his actions during the struggle due to his use of the word “nigger” afterwards.

During an interview with the FBI, Nucera held that he did not assault Stroye, which Addison used to charge him for “lying to the FBI” — a kafkaesque tactic typically used to guarantee a conviction when agents and prosecutors feel their overall case is weak.

The thug the FBI was destroying the veteran cop over, Stroye, is a repeat offender and persistent danger to the public who has been arrested multiple times since the 2016 encounter with Nucera.

During Nucera’s trial, federal prosecutors struggled to make the case that Stroye was a victim and did not want their most important witness to testify due to his extensive rap sheet in New Jersey and Pennsylvania, which includes instances of aggravated assault, including against a corrections officer, stealing a car,  access device fraud, and theft.

In May 2020, Stroye, who had active warrants, was arrested again for beating up his girlfriend.

Ultimately, the challenge of establishing Stroye as honest led to a mistrial on the most serious charges of hate crime and assault. Nucera was only convicted of making a false statement to the FBI, and last May he received a highly punitive 28 month sentence. The state did not make an adequate case proving that Nucera ever did lie to the FBI about attacking Stroye, but whites on the jury were intimidated by their black peers into convicting him of something or face accusations of racism. Nucera is currently appealing his conviction.

The irony of Special Agent Addison’s anti-racist zeal is that he was actually involved in the killing of an unarmed black man.

In 1997, Addison and his FBI task force gunned down Michael Byrd in Elizabeth, New Jersey, a black man who was later found to be unarmed.

A grand jury at the time refused to indict the authorities involved in the shooting, but if Addison were white and the incident happened today, the story would be different.

While using racial slurs may be seen as rude by some, it is wholly legal to do so.

Activist FBI agents like Vernon Addison, along with those enabling and supporting him, are political and racial actors. They would never pursue a black man using anti-white racial slurs with the same fervor. . 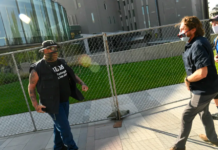