The once peaceful nation of Sweden is shocked and dismayed after a 33-year-old police officer was executed at random in a Gothenburg suburb.

According to a report in Aftonbladet, the officer, Andreas Danman, was on a routine patrol in a suburb with a large immigrant population talking to a group of men when he was suddenly shot. He died on the scene. Danman leaves behind a pregnant girlfriend.

The attack has sparked outcry from the public, even forcing provisional Prime Minister Stefan Lofven to comment.

Details of the emerging about the killer have only exacerbated the national outrage. While Swedish media deliberately hides the race of criminals to deceive the public, the shooter was identified as 17-years-old Sakariye Ali Ahmed by alternative journalists, a known criminal who has a previous attempted murder conviction from 2020.

The suspect, who is black, was arrested and convicted in 2020 for stabbing a man in the neck on a train. The juvenile was also convicted of threatening a classmate at his school with a knife during lunch. Despite the danger he posed to the public, Swedish courts sentenced him to just one year of detention in a juvenile facility.

According to court documents from the case, the suspects mother had previously alerted authorities of the danger her son posed, including his plans to stab people on public transportation. The Swedish police, who are subjected to anti-racism courses and trained to provide non-white perpetrators with special treatment,  ignored the warnings.

Now with the death of a police officer on their hands, the country is demanding a national conversation on how it approaches race, criminal justice and immigration.

The fragile Social Democrats are already under pressure after Lofven, who remains as caretaker Prime Minister, was forced to resign after a vote of no confidence. The Swedish parliament is currently in chaos, with the socialists abandoning their coalition with the Social Democrats for the latter’s economic concession to the center-right neo-liberal Center Party.

The major parties on the left and right have similar opinions on immigration — that more is better — but this incident could help produce surprise results for any contender that opposes immigration if and when new elections are held.

Sweden, once the pride of European social democracy, is increasingly being looked at as a failed state. Thanks mostly to mass non-white immigration, the country has become one of the most violent and dangerous in Europe. 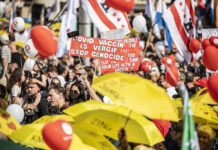 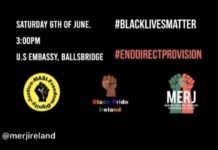 Ireland: “Black Queer” Activist Group Raised €30,000 Then Vanished From The Face Of The Earth