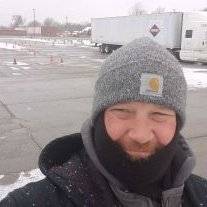 Many Americans, including 51-year-old Shepherd Hoehn, are under the impression that they have the First Amendment right to display whatever they want on their property or enjoy music regardless of its lyrics. The FBI and Department of Justice disagree.

Yesterday, Hoehn was sentenced to nearly four years in prison at an Indianapolis court for violating the Fair Housing Act and the unlawful possession of a firearm.

According to a criminal complaint filed by FBI special agent Chelsea Wesley, she began investigating Hoehn in June 2020 after his black neighbor called the local police over his display of a swastika with racial slurs on his fence and playing the Confederate anthem “Dixie” loudly.

Hoehn and the unnamed neighbor had previously had a dispute over the removal of a tree, but he did not threaten or engage in violence against the black man outside of one instance of throwing an egg at the black man’s house.

Hoehn was subsequently hauled in to be interrogated by the FBI when, according to agent Wesley, he told interrogators that the displays on his property were intended to protest the Black Lives Matter riots.

During the interview, he admitted that he did not like his black neighbor and that he intended to offend him too, but that he was painstakingly staying within the bounds of the First Amendment.

The FBI then raided his home on a highly dubious pretense and discovered that he was a firearm owner in possession of marijuana. They also claimed he had an open theft charge in Missouri from 1991.

Hoehn held that his 30-year-old theft charge was expunged after finishing his probation, but the FBI alleges in its original complaint that he was a “fugitive in possession of a firearm.”

Jewish federal prosecutor Josh Minkler, who ruthlessly pursued the case against Hoehn, appears to have dropped the fugitive charge during court proceedings, but settled on pressing him for the marijuana instead.

In a heartbreaking appeal on Twitter last year, Hoehn begged for a First Amendment to help him, writing, “I was expressing myself at my own home. I am NOT a criminal, I am merely an American exercising his freedom of speech…If that still exists in this country. […] Please someone… Anyone who can see the truth in the world…I am a nobody, with no power or money.”

Federal agents and prosecutors capitalize on the ignorance many have in relation to the use of marijuana as a gun owner. The law is only utilized when the government wants to punish people for political speech, as the liberal Huffington Post wrote last year when an Antifa member was prosecuted by a Trump loyalist under the statute.

Justin Coffman, the anarchist in question, was released from detention by a judge in Tennessee, who embarrassed the feds by telling them they were only hounding him for engaging in his First Amendment rights. While federal judges are eager to protect the rights of left-wing extremists, few uphold the same principle when the defendant is a white man who is critical of the status quo.

In a Justice Department press release on Hoehn’s guilty plea last February, the DoJ Civil Rights Division’s Pam Karlan angrily stated that the defendant’s “hateful and threatening conduct, motivated by racial intolerance, is an egregious crime that will not be tolerated by the Justice Department.”

FBI Indianapolis Special Agent in Charge Paul Keenan gave a more hysterical quote, “It’s unimaginable that harassment and intimidation such as this based on race, sexual identity or religious beliefs, still exists in this day and age. Such incidents are intended to create fear and will not be tolerated by the FBI.”

As Keenan aggressively pursued Hoehn, his office faced controversy when they failed to stop last April’s FedEx mass shooting, where nine people were killed. Keenan told the media that the FBI was warned by the gunman’s own mother that he was planning to go on a killing spree, but that his office lost interest in the young man when they found out during an interview that he did not hold any racist political beliefs.

As Merrick Garland’s FBI incentivizes agents to waste resources figuring out ways to arrest white people for political reasons, colossal failures like the aforementioned will be repeated.