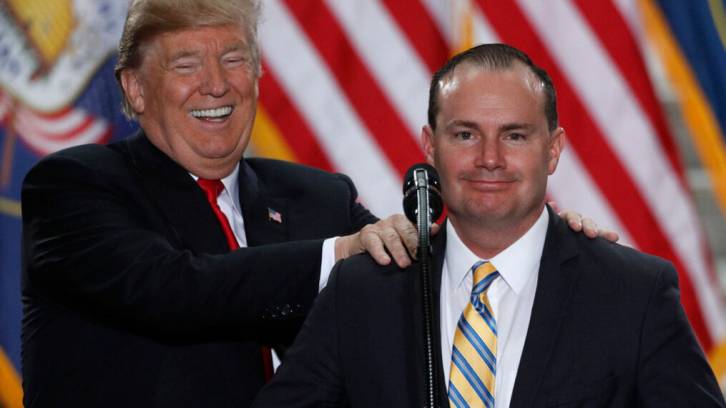 The Republican Party’s embrace of “criminal justice reform” has brought chaos and danger to a number of deep red states, including Utah, a new investigative report has found. Senator Mike Lee, who represents Utahns, is a leading GOP proponent of emptying America’s prisons.

A number of parole officers blew the whistle on the problems with this policy to KUTV last week, warning that the Utah Adult Probation and Parole (AP&P) board has been releasing convicted murderers, rapists and gang members at an alarming rate while ignoring their absconsion. Multiple recent cases in the state feature delinquent parolees killing or injuring people upon release after extended periods of evading law enforcement supervision.

According to estimates provided to KUTV, the AP&P has last track of at least 328 violent criminals who have stopped attending parole meetings just in the last six months. Utah law enforcement sources say the high rate of flight is due to a drastic overhaul by both conservative and liberal bureaucrats in the parole system that strongly discourages officers from recommending arresting freed prisoners that violate their release terms.

Ever since Utah legislators passed the Justice Reinvestment Act in 2015, the crime rate has shot up. The absurdity of the Utah GOP’s pro-crime policies was put on full display when earlier this year a fourth district judge released a man captured after a gunfight with police without bail under the state’s bail reform law.

Following this high profile embarassment, Governor Spencer Cox was forced to sign a bill repealing bail reform, though he made it clear that he was reluctant to do so.

The Republican Party’s detrimental decision to desert law and order and do the bidding of Democrats on this issue has confused many. In 1994, a tough stance in support of public safety featured in Newt Gingrich’s “Contract With America” helped the Republicans enjoy a historic sweep in the midterms. Republican candidates for Mayor and Governorships, such as the famous case of Rudy Giuliani, were able to win elections just by promising crackdowns on crime.

The shift towards a pro-crime stance in the GOP can be traced back to Jewish lobbyist Marc Levine, who through the Texas Public Policy Foundation was able to convince then Governor Rick Perry to support his prison reforms in 2007.

Since then, Republicans politicians across the country have been incentivized by their billionaire donors to follow suit. One of the Trump administration’s only legislative achievements, the First Step Act, was produced by a coalition of left-wing non-profits and GOP donors.

Unfortunately, ordinary citizens end up paying the price. Liberals correctly point out that some of the most dangerous cities in America are largely located in Southern red states, which are home to large black populations.

If Republicans agree with Democrats that normal people don’t have a right to walk their streets without being murdered, there isn’t much of a reason to vote for them.