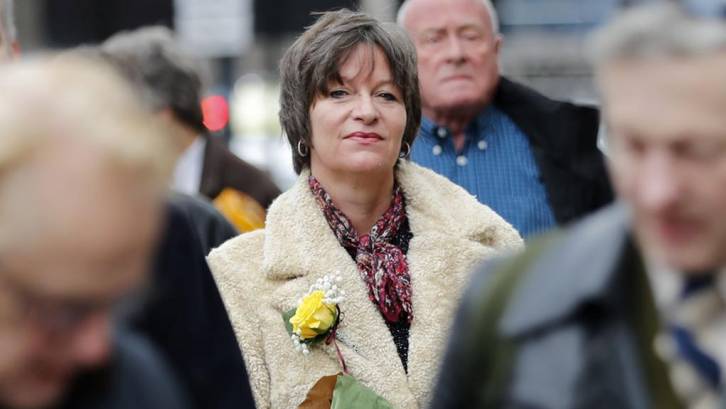 This was Snow’s confusing message to 56-year-old Alison Chabloz, a political commentator who was dragged to court for stating that the Holocaust is an “eternal cash cow” on a podcast. She will be serving four and a half months in jail.

While Judge Snow has no legal basis for jailing a person specifically for comments critical of the Holocaust, he was able to exploit an open-ended and subjective “gross offense” law to punish Chabloz for comments questioning the Auschwitz gas chamber narrative and how the Jewish community uses the Holocaust story for political and financial gain.

The vaguely defined “gross offense” law is often exploited by political actors to suppress critics of privileged groups and powerful interests. A police officer is currently being tried in British court for the “gross offense” of sending a George Floyd joke in a private WhatsApp chat. Free speech in the United Kingdom is not a guaranteed right.

Snow’s treatment of Chabloz fits a pattern. Many believe the district judge is primarily concerned with being a thuggish proxy for the powerful rather than enforcing the law and protecting people’s rights.

One high profile example is judge Snow’s behavior while overseeing the Julian Assange case in 2019. In order to please the US Department of Justice, Snow ruled that the Australian journalist be held in custody to be tortured in solitary confinement at a high security prison.

During the trial — ostensibly over Assange jumping bail in 2012 — Snow taunted and berated the prisoner of conscience, referring to him as “laughable” and a “narcissist.” During one hearing, he demanded Assange “get over to the US” and “get on with your life.” Former ambassador to Uzbekistan Craig Murray has referred to judge Snow as a corrupt, politically motivated “disgrace.”

The climate for open discussion and social criticism in Britain is virtually indistinguishable from third world totalitarian nations. Judge Snow and other high ranking figures in the UK know the public stigma of running kangaroo courts that imprison people based on what wealthy Jews say offends them, but in 2021, these “liberals” no longer care what the people think.