The following screenshots are taken from the so-called “Respectful Relationships” program being implemented in Victoria. I have read through most of it and I am now significantly dumber.

The so-called “respectful relationships program” is just the hideously misleading “safe schools program” rebranded. It is Cultural Marxist propaganda forced down the throats of little children under the pretext of so-called anti-bullying. It is anti-male, anti-female and completely against the natural order.

Here they all are in one big go, courtesy of Jaz Searby. Some light analysis will follow: 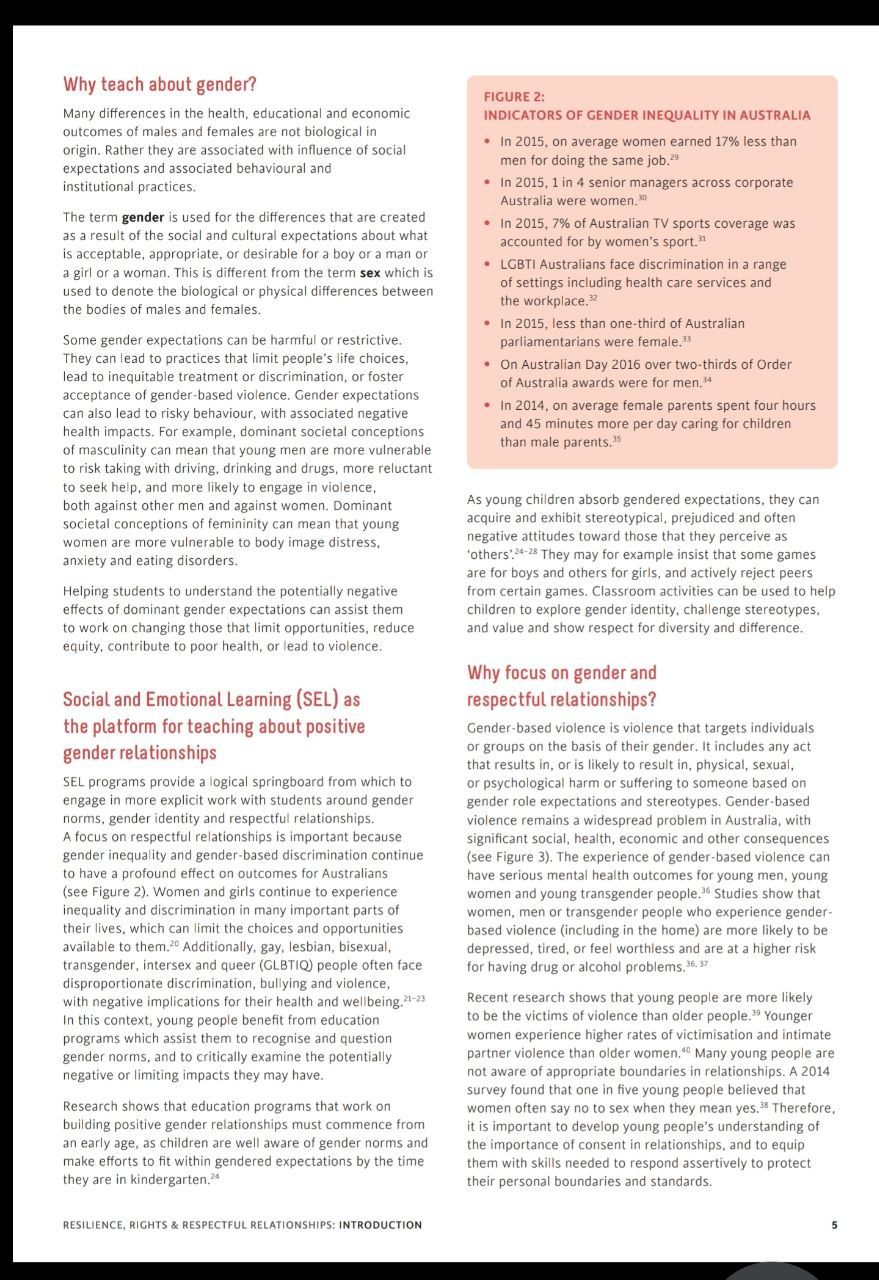 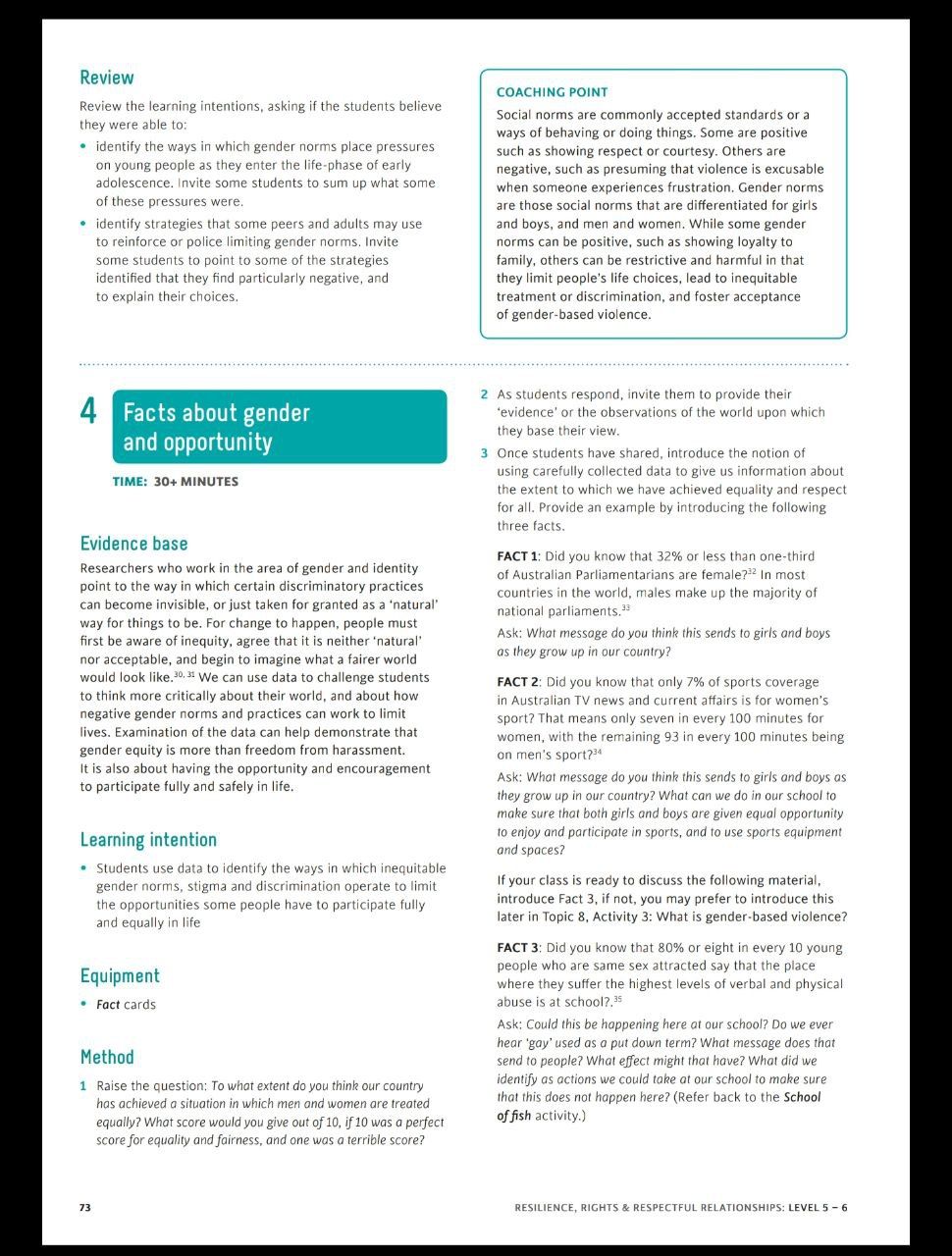 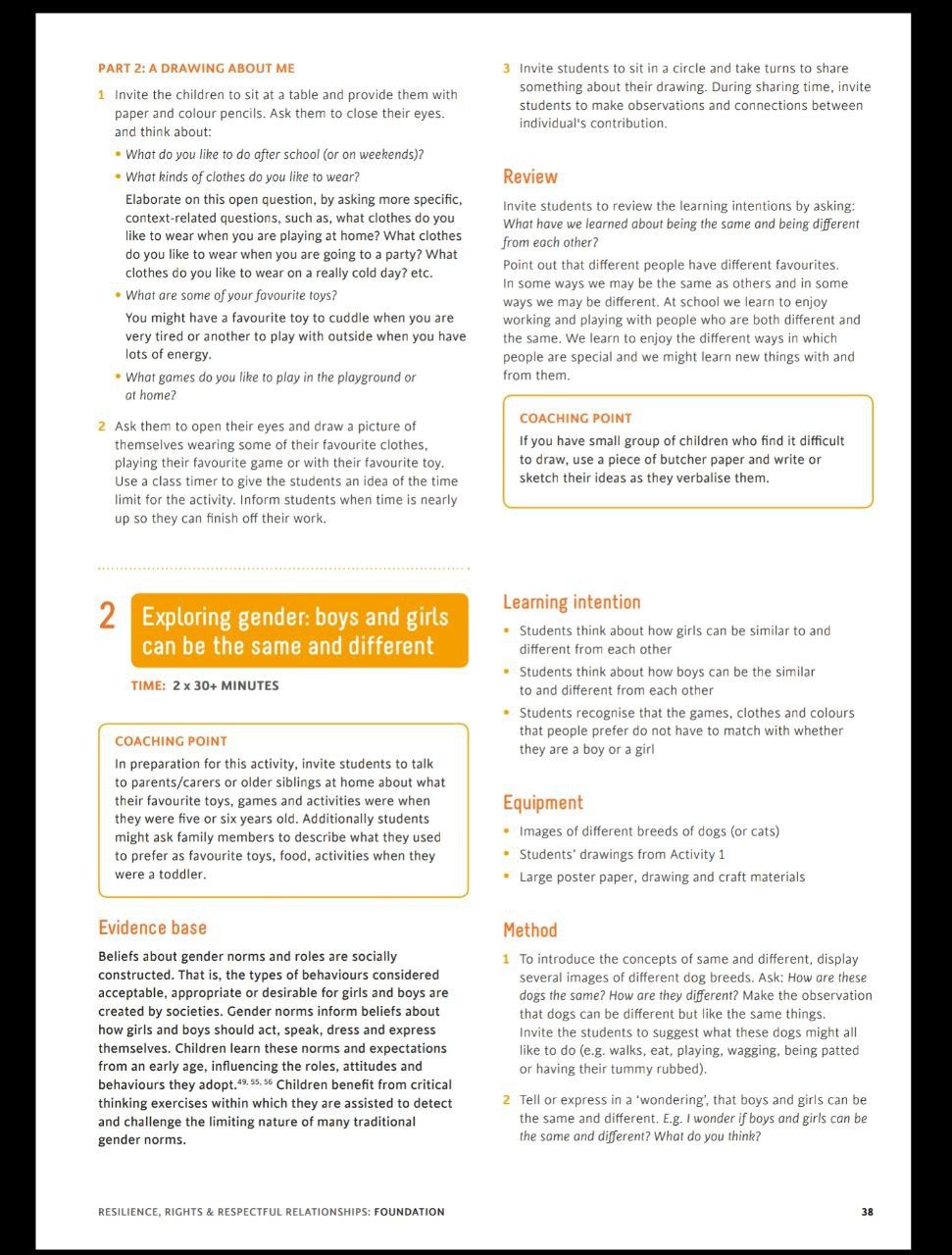 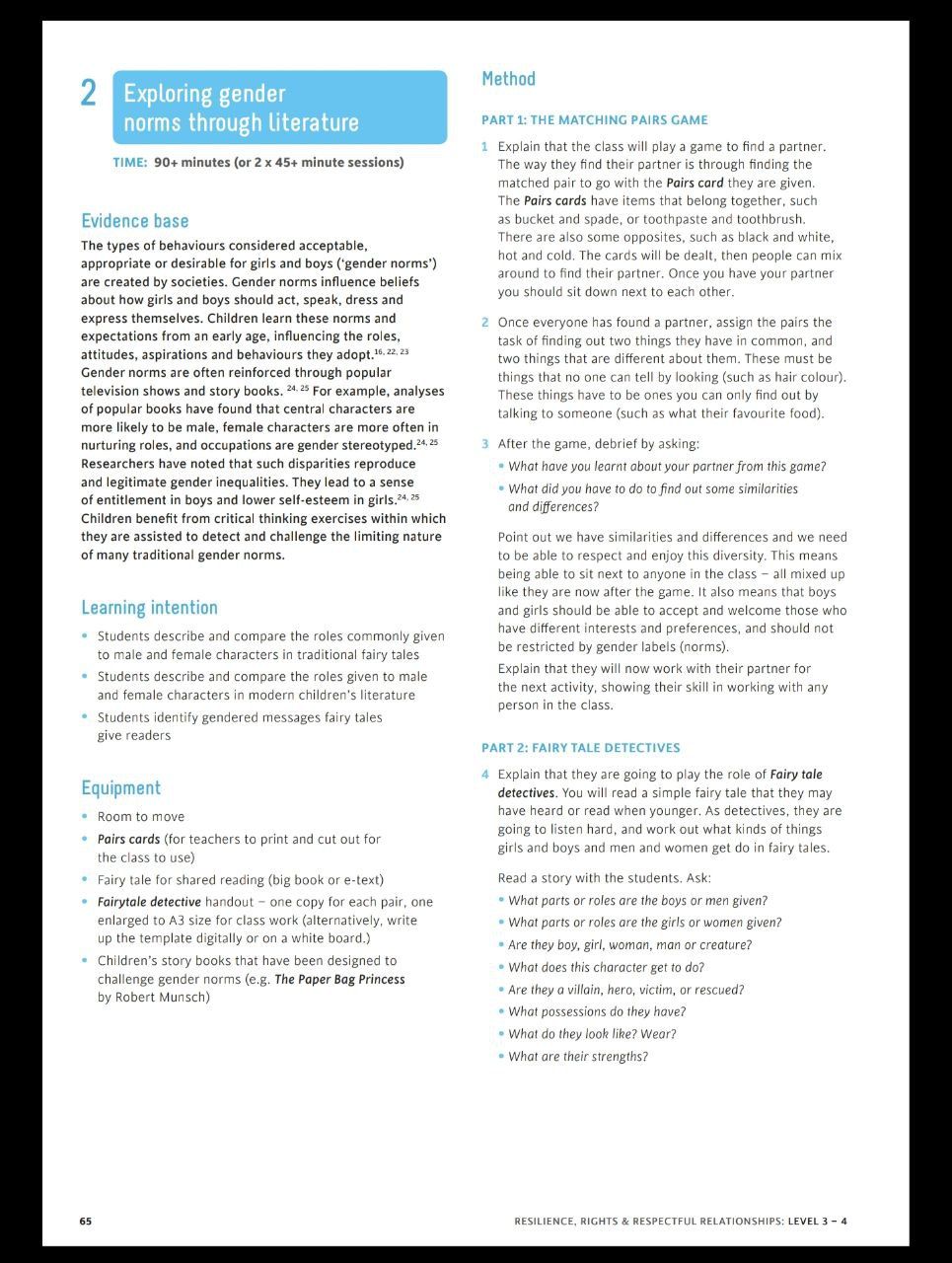 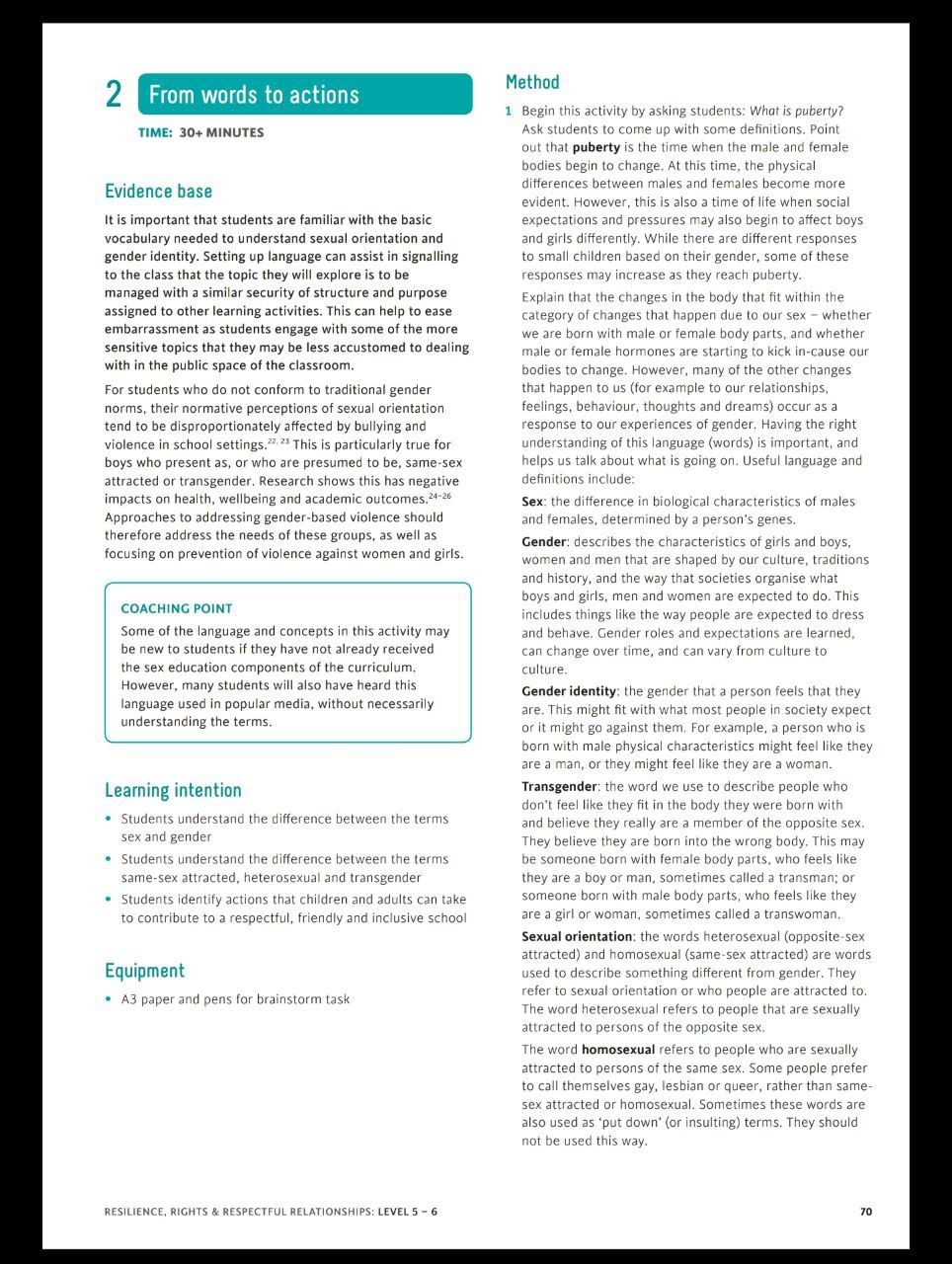 They openly admit that this “course” is intended to leave students vulnerable to hardcore degenerate, reprobate propaganda, and they signal their intention to push this on children in kindergarten. 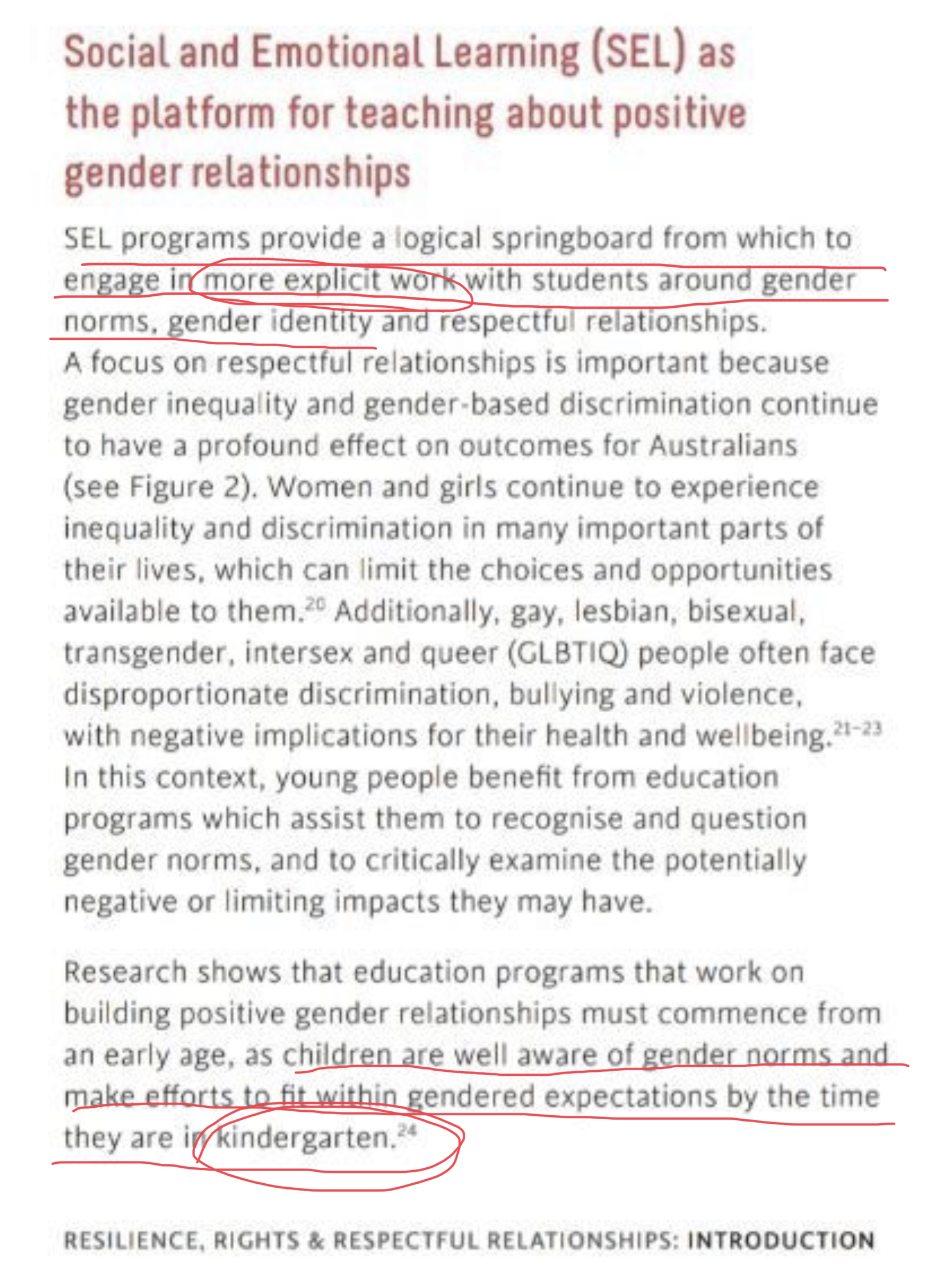 The following passage got me chuckling. 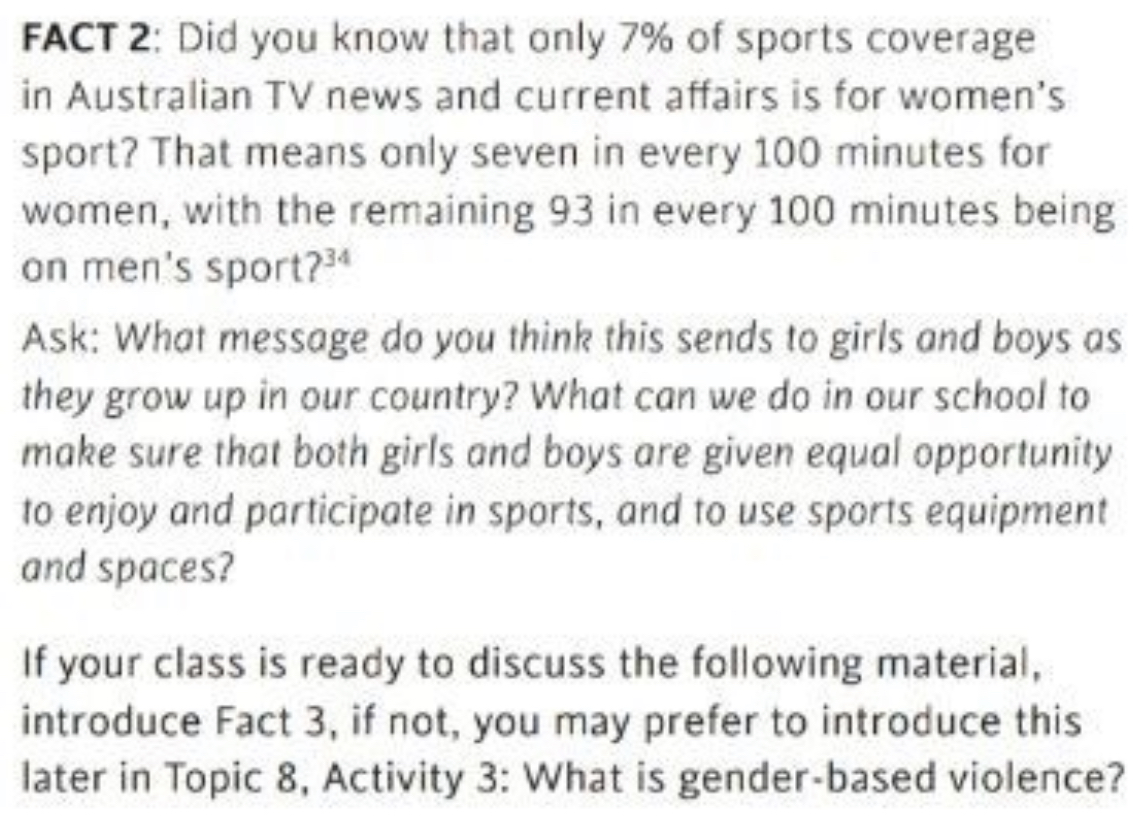 Even 7% is undeservedly high, a result of the fact that a memo has clearly gone around to every public and private media organisation in the country, ordering them to devote several minutes of every sports report, talk show or general broadcasting to women’s “sport”.

Nowhere is this more apparent than at the ABC. They regularly introduce a sports report on “the Australian cricket team” or “the Melbourne Football Club”, and you think to yourself, “I didn’t think we were playing today”. After half a minute it becomes apparent why, as you hear the names of girls you have never heard of before next to unimpressive scorecards.

Sometimes if it is just a short bulletin they will only mention the women’s sport. Nothing has changed in several years however. Women’s AFL is still a complete joke, and the men’s becomes more and more about buttsex and feelings.

Here is the most insidious section, where the hardcore degenerate propaganda really kicks in, attempting to normalise completely unnatural and harmful fetishes and disorders:

Note the use of the terms “male or female body parts” as though they are merely bits of skin which hang annoyingly from our nether regions, rather than an outward proof of our sex and something which we really don’t want to be discussing with the sickos who teach this rubbish.

Similarly, note the definitions of the terms “heterosexual (opposite-sex attracted) and homosexual (same-sex attracted)” as well as the term “sexual orientation”. These made up words are meaningless. Either males and females are attracted to each other or they are broken degenerates who have no place in society. Ditto for “transexual”.

To the extent that males and females have different roles in society, or we at least used to, this is a reflection of our natural instincts. Men and women complement each other, and we are happiest when we follow our natural instincts, when strong men lead and obedient women follow, when we have “traditional” – otherwise known as normal – marriage and we have lots of children and big families.

Degenerates, particularly degenerates who want to destroy the good, beautiful and true, should not be placed at the centre of the so-called “human rights” agenda nor our curriculum. They need help, or a prison cell.

Finally, regarding the term gender, in reference to social norms governing the roles of the sexes, again the course material is mistaken.

There is only one gender: Male. Women are property. 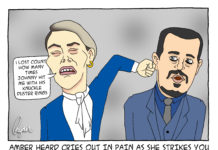