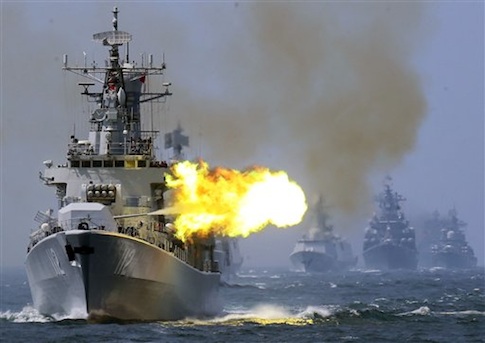 If/when China invades Australia it will be the duty of all patriotic Australians to refuse to fight for the jewish puppets known as the Australian Federal Government.

A Chinese invasion will, without doubt, be a punishment from God for our wickedness and abandonment of him.

While we should never let them do whatever they like to us (surrender unconditionally), and we should do all we can to ensure their influence is limited to Masonic urban centres (Melbourne/Sydney), where most Chinese are, simply letting them in to those areas will likely be the only wise course of action.

Yes, that’s right, we should surrender, but not unconditionally, and not without them knowing that we will fight for our rural homeland, which is the most valuable part of the country anyway.

We could even give them 99-year leases since they love them so much, and guarantee favourable trading agreements so they can buy our minerals and food.

Letting the Chinese sweep away the Zionist scum that rule over us right now would be a blessing, as would a chance to remind our people that there is a God in heaven and he will punish us if we refuse to obey him.

Worst case, we end up paying tribute to the Chinese state for a generation (or two), and we can use that time to rebuild and reestablish our connection to Jesus Christ our Lord.

We could prevent this from happening if we turned back to God now, but I suspect it’s already too late.

Either China will invade of their own volition, or Satan will start his planned WWIII in order to set up his One World Government.

Whatever the scenario, going head on against this force in pitched battle would be suicide, so we should focus on keeping rural areas White and let Satan rule over the cities for a short time before God brings down his wrath or we can reconquer lands lost.

Find your tribe, defend your family, and let the traitor scum burn in hell where they belong.