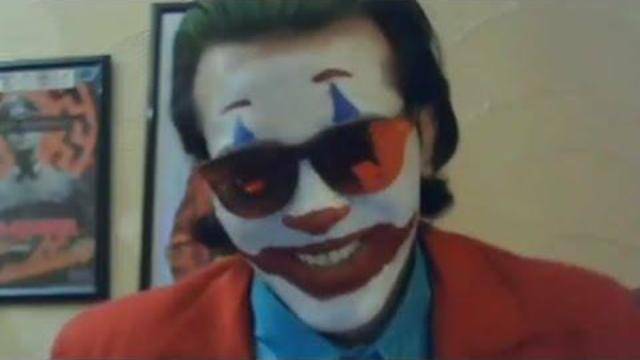 Paul N. Miller, a 32-year-old Romani entertainer who uses the moniker “GypsyCrusader,” was snatched from his home in Ft. Lauderdale, Florida ostensibly over committing a gun offense three years ago.

Neighbors expressed that they were more terrorized by the brutality of the FBI’s militarized arrest, which included tossing flashbangs into his room, than at Miller’s behavior, which was described as low key.

Miller has grown in fame in recent months for dressing up like The Joker and making politically incorrect jokes about race and sex on the chat app Omegle. He uses a number of props in his act, including a clown gun that fires a flag that says “nigger.”

Jonathan Greenblatt, CEO of the Jewish activist group the Anti-Defamation League, took to social media to brag about his group’s role in directing the FBI’s resources. Greenblatt presented the arrest as retaliation for “harassing users on Omegle with racism.”

According to the FBI’s criminal complaint, Miller is accused of being a felon who possessed a firearm on January 17, 2018. The indictment does not give any details about this three year old gun charge. Miller was convicted of selling drugs more than a decade ago.

A source familiar with Miller’s case told National Justice that the charge may stem from a gun safety class he allegedly took in 2018. One does not need to be a firearm owner to take such classes. The charges are specious and politically motivated.

The ADL does not shy away from flagrant hypocrisy on the question of trafficking in racial humor, it only opposes it when an out-group uses it. On the day before Miller’s arrest, Greenblatt took to social media to wish “mazel tov” to Sasha Baron Cohen, an ADL member whose claim to fame is dressing up in costumes and racially abusing strangers on the street for mean-spirited laughs.

According to court documents, Miller’s supposed gun crime took place locally to his residence in Broward County, which begs the question of why he is being federally charged. The timing of FBI Director Christopher Wray’s Congressional testimony on “domestic terrorism” on the same day likely played a role in this ridiculous theater.

If convicted, Miller faces up to 10 years in prison. He is scheduled for a hearing in the Broward County federal court later today.