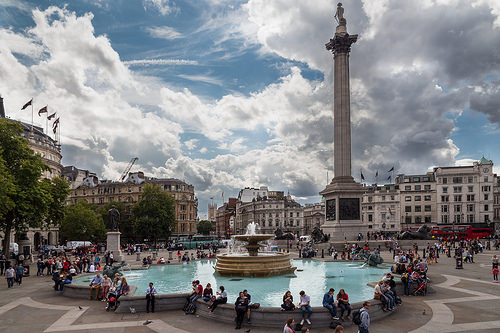 Just over a year ago I wrote a piece titled Culture is Race. This is the key part of the article:

“Likewise, a great deal of propaganda is given over to the glories of Australian aboriginal culture. One only has to lay claim to a one sixteenth genealogy and have that ratified by an aboriginal tribe and then the culture is open to that person. Failure to possess that genealogy negates any claim at being aboriginal.

“Curiouser and curiouser. Sounds like biology, ancestry, and heritage to me. Sounds like race. Of course, the common theme here is that it is only racist when whites seek to do the same.”

Biology, ancestry, and heritage are the building blocks of culture and they are all bound together by race. The mindless buffoons who prattle on about how they “fucking love science” might worship the existential mysteries of climate change, but the one area of science that they really don’t like is biology. And that is because biology holds deeply uncomfortable truths for the acolytes on the left.

Their orthodoxy of multiculturalism, diversity is our strength, civic nationalism, and unfettered immigration rests entirely on the premise that everyone in the world is the same and interchangeable, but white men are evil and must be defeated. The fact that these two opinions cancel each other out is intentional; membership of the prog orthodoxy depends upon being able “to hold simultaneously two opinions which cancelled out, knowing them to be contradictory and believing in both of them.”

The quote is from George Orwell’s 1984. The technique is known as “doublethink”.

On my piece this week on the sins of multiculturalism I received a number of comments from Mark T who is completely opposed to the idea that race has anything to do with culture.

“Adam – If there is a valid point in there I’ve missed, it’s because I can’t get past your ridiculous assertion at the start that “race is culture”. This implies a successful culture is a matter of DNA rather than choice and effort. It’s unfair not only to those who have successfully rebelled against their backward native culture (eg: Hirsi Ali), but gives unearned credit to white losers who have no inkling of what Western Civilization even is.”

It is entirely random.

If you were born into a western civilization culture, in terms of numbers you won the lottery about 1000 times over. The biological lottery. The culture lottery. The race lottery. The randomness of the world cares not one whit as to what you think is fair or unfair.

Is a “white loser” undeserving of his place in the cultural and racial totem pole as Mark T claims? Of course not. This snobbishness is typical of people who live a comfortable life in unremarkable times. The “white losers” that Mark T disparages come from the same social class whose numbers were overwhelming amongst the diggers who defended Tobruk or who stopped the Japs on the Kokoda Trail.

The fact that race and culture are unearned drives people like Mark T crazy, not just because they are snobs; but because they hate the very idea of randomness. They want to be completely in control of their lives and any biological realities that contradict that awful truth must be opposed.

“On many other topics you acknowledge that achievement comes from free will – choices and actions, and not determined by our DNA. Why you don’t apply the same principle to this topic is beyond me.”

For the simple reason that there doesn’t exist any semblance of free will, choices, or actions in biology, ancestry, or heritage. They are entirely random. They are completely outside of our control. So much so that the idea of reincarnation should rightly terrify anyone who has even a modest understanding of the amount of randomness involved here. Not just for race, but for biological sex, intelligence, inherent defects, and one’s environment.

As a white heterosexual, intelligent, non-leftist, healthy, funny, devastatingly handsome, and modest Australian male, I didn’t just win the lottery; I won the lottery a million times over. The only aspect I missed out on was being born rich, (bastards).

The progs hate us not just because we are so much better than them; they hate us because they want life to be fair and our existence is biological proof of the fallacy of that childish desire.

This is why civic nationalism is nonsense. I can choose to go and live in another country; I can ape the norms and customs of the native inhabitants as much as I like; I can even apply for this “citizenship” thing that we give away to anyone who turns up with a pulse. But I will always be whence I came.

“I can only assume you’re the metaphorical Darth Vader, who’s hatred for the Left has become all consuming and driven you to the dark side, robbing you of any perspective or rationality on this issue.”

Vox Day proclaims himself as the ‘Dark Lord of Evil” but I get to be Darth Vader. I’ll take that.

And I have a great deal of perspective and rationality on this issue, much more than most. I have lived and worked on 4 different continents, including Africa. I have been an immigrant myself. I am even now starting afresh in the Dutch culture. I would very much like the comforting bosom of believing that at some point in the future I too can become Dutch.

But I cannot. I will always be the outsider for as long as I remain here. I can never be Dutch. And I sincerely hope that I never fall prey to doublethink.