On last night’s XYZ Live we analysed the US Election and Qanon from the 1:15:00 mark. Beforehand we discussed the beheadings in France by the local diversity, and Dr. Mahatir’s comments regarding taking revenge against France.

We concluded that Liberalism leaves the West ideologically defenceless against Islam, and the one thing both the globalists and muslims fear is another Aryan Crusade.

Matty went into more depth on the US Presidential Election on Sunday night.

XYZ Editor David Hiscox will briefly join an Uncuckables Election Special tomorrow between 1:30 and 4:00 pm AEDT. Coverage kicks off at 12 pm AEDT. You can find the stream here.

Potential Titles for the show include:

To whet your appetite, here is an amazing video on the history of Antifa produce by Jack Posiebik. Highlight includes the revelation that hundreds of American anarchists we t to fight for ISIS during the Syrian Civil War. Naturally, it has been banned from Twitter and YouTube. 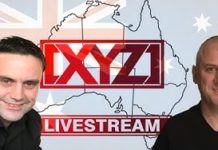 XYZ Live #172: Out of Home Prison, back to Open Prison 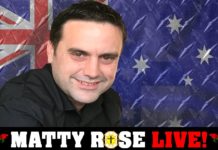