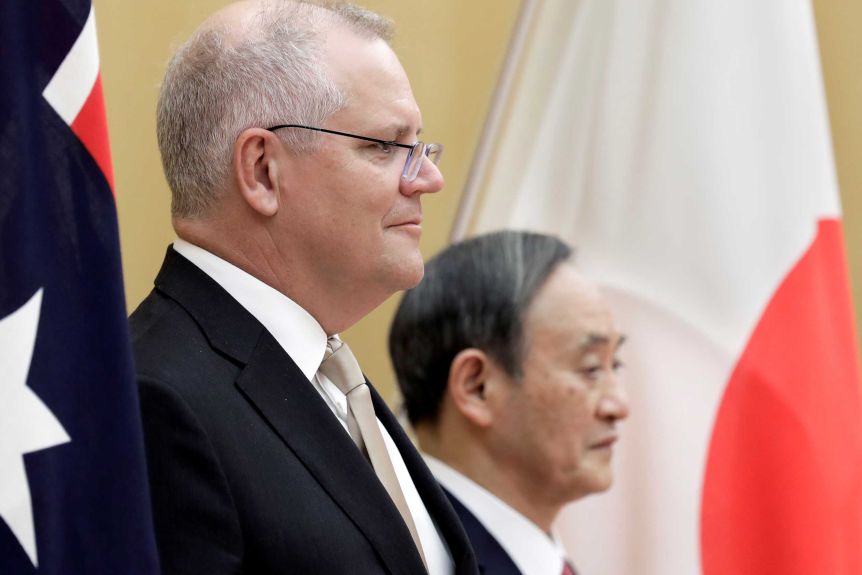 Australia and Japan have signed an historic defence agreement. Here is the full statement from Prime Minister Scott Morrison (bold added by the editor):

Australia and Japan have reached in principle agreement on a landmark defence treaty that will further deepen the countries’ strategic and security relationship.

The Reciprocal Access Agreement represents a pivotal moment in the history of Japan-Australia ties.

We share a Special Strategic Partnership and are deeply committed to working together in support of a free, open, inclusive and stable Indo-Pacific.

Our partnership is built on shared values and interests, and enduring trust and respect.

This agreement paves the way for a new chapter of advanced defence cooperation between our two countries.

The only other such agreement that Japan has struck with another country is with the United States 60 years ago.

It will facilitate greater and more complex practical engagement between the Australian Defence Force and the Japanese Self-Defense Forces, and enhance our inter-operability and cooperation.  This will also support our joint involvement in broader multilateral exercises.

It means Australia and Japan will have a clear framework for how our defence forces operate in each other’s countries.

From joint military training exercises through to natural disaster and humanitarian support, the RAA establishes streamlined arrangements to support the deployment of defence forces more quickly and with less administration.

The Australian and Japanese militaries have in recent years increased cooperation and exercise activities. These have enhanced our ability to work together towards our common security objectives in the Indo Pacific region and our military interoperability. In principle agreement on the RAA will only see that grow.

The significance of the RAA cannot be understated.

It will form a key plank of Australia’s and Japan’s response to an increasingly challenging security environment in our region amid more uncertain strategic circumstances.

As we finalise the RAA I thank the work done by my predecessors as well as by former Japanese Prime Minister Abe across six years of negotiations.

Note the bizarre determination to make the Pacific “inclusive”.

Reading between the lines, timing as always, matters. Whether Trump or Biden becomes US President, whether America holds together or descends into internal chaos, secession and civil war, America is weaker and China is stronger. Australia is forging its own direct alliance with Japan just in case America can’t help us any more.

The Chinese get it:

#环球时报Editorial: Some analysts believe that Japan and Australia have formed a quasi military alliance. They show a confrontational posture because of their strategic concerns over China. They should know the potential strategic dangers of doing so. https://t.co/3DMEOiaM9k pic.twitter.com/aByQNyVtoT

The normie International Relations analysis of this is that the small White country allies with the good Asian country against the bad Asian country because it is worried the big White friend won’t be able to help it any more.

Australia is no longer a White country. Nor is America. Both originally were White – we effectively were a way for the Anglo, Saxon and Celtic tribes which occupy Britain, Ireland and Northern Europe to expand our seed. It is an effective survival strategy for a people – increase your number and occupy as much land as possible.

However, both countries have been subverted by another race whose survival strategy is to subvert the homogenous White population of the nations in which they reside. America now stands on the brink of a bloody battle to decide whether its government will represent its own people, or accelerate the process of replacing them. Australia’s government fell decades ago in a bloodless coup, basing its entire economic program of replacing its own people and legislating that it is illegal to effectively counter this replacement.

Regarding Japan (good) and China (bad), 70 years ago we concluded a war where the roles were reversed. Men of my grandparents’ generation hated the Japs to their last dying breath due to their cruelty during World War 2, but hey our big White friend nuked two of their cities and incinerated the rest, so let’s call it even. War has its own rules.

I think you see where I am going with this.

So, we’re allying with the now good but then bad Asians against the now bad but then good Asians, because the big White friend that nuked our new Asian friend back when it was bad is now weak. And this now good Asian friend will be helping to protect 2 million people from the bad Asian country against the government of the very same bad Asian country because our treasonous government will put us in prison if we effectively question what they’re even doing here.

Let’s just say China decides to exploit America’s moment of weakness and makes its unofficial occupation of Australia a little more official. What do you think the 2 million Chinese who live here will do? What do you think the Indian government will do, given so many Indians live here? As for us, I will fight for my people, but I will not fight for the government whose stated policy is to replace my people and to make it illegal for me to oppose this. I doubt I am the only Real Australian who sees it this way. Given our defence forces are still comprised overwhelmingly of Real Australians, despite the best efforts of Marxists to poz them up, I reckon a lot of boys in the army see things the same way too.

Our international defence treaties are meaningless. Australia is defenceless because nobody here will actually fight for it.

If our people survive this, the long term lesson is to only make alliances with your brothers and close cousins. And don’t get drawn into a war between the good White friends against the bad White enemies at the behest of the…..oh forget it.