The governor of Michigan, USA, is called Gretchen. 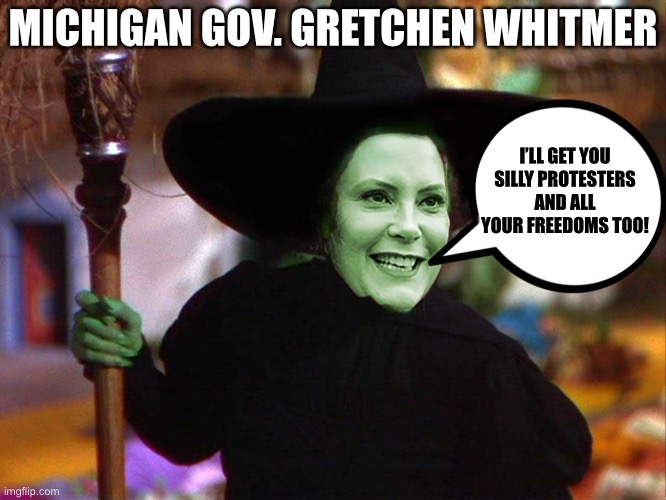 Naturally, she has decided to implement a statewide lockdown under the pretext of protecting citizens from the coronavirus, despite being informed by the Michigan Supreme Court that this was illegal.

Understandably, some American patriots took it upon themselves to restore the Rule of Law. Sadly, the KGB intervened.

Thirteen people have been arrested in a sweeping takedown of plots to kidnap the Michigan Governor, attack the state capitol building and incite violence.

The group aimed to kidnap Governor Gretchen Whitmer, a Democrat who has traded barbs with Republican President Donald Trump over her response to the coronavirus pandemic, ahead of the November 3 presidential election, according to a criminal complaint.

At a news conference, Ms Whitmer accused Mr Trump of encouraging extremist groups like the “sick and depraved men” that targeted her, citing his failure to condemn white supremacists at the recent US presidential debate against Joe Biden as an example.

The alleged scheme involved months of planning, training and even rehearsals to snatch Ms Whitmer at her vacation home, according to an affidavit by FBI special agent Richard Trask released on Thursday.

Special Agent Trask stated that the arrested men claim a wizard from an Emerald City tasked them with their important mission, and all they wanted was to go back to Kansas.

Seven of the accused were men associated with the Wolverine Watchmen militia group.

Gretchen can be seen in the picture below clearly conducting some kind of wield voodoo witchcraft on the poor Ayran woman behind her, forcing her to make embarrassing hand signals and pull funny faces as she speaks: 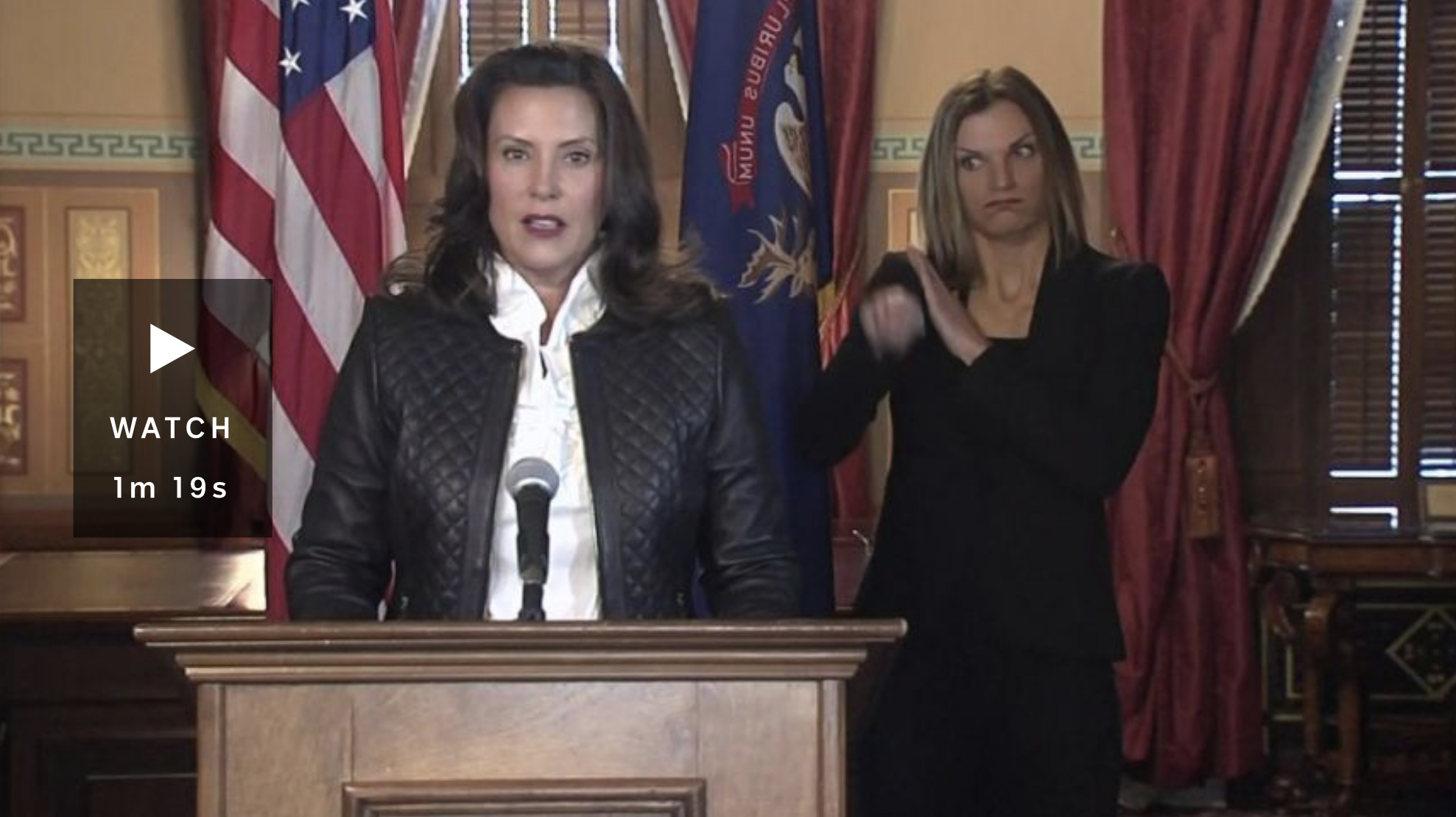 The Michigan Supreme Court last week said a 1945 law used as the foundation for many of the Governor’s orders is unconstitutional.

Through electronic communications, two of the alleged conspirators “agreed to unite others in their cause and take violent action against multiple state governments that they believe are violating the US Constitution,” the FBI said.

The FBI quoted one of the accused as saying Ms Whitmer “has no checks and balances at all”.

“She has uncontrolled power right now. All good things must come to an end,” he said, according to the quote.

The accused said he wanted to try Ms Whitmer for “treason” and would execute the plan before the November 3 election.

“The group talked about creating a society that followed the US Bill of Rights and where they could be self-sufficient,” the FBI affidavit said.

It said different ways of achieving this goal were discussed from peaceful endeavours to violent actions including “murdering tyrants”.

The XYZ understands that had the mission been successful, the Patriots planned to punish Gretchen by throwing a bucket of water at her. The XYZ has obtained exclusive footage of an artist’s impression of what this might have looked like.