The XYZ satire accurately predicted the future that Daniel Andrews would strive to put thought criminals in death camps.

We have also toyed with a running joke about Daniel Andrews building an exact replica of the Auschwitz death camp at Calder Park Raceway:

The Premier also confirmed reports that an exact replica of the Auschwitz death camp has been constructed at the Calder Park Raceway, where thought criminals will be processed.

“Wrongthinkers will actually find their stay a pleasant experience. Everybody is given a shower upon entry and their clothes are burned in order to ensure no coronavirus pathogens enter the camp, and uniforms have been donated by the Collingwood football club.

“Amenities include a swimming pool, theatre, and orchestra, and even a rollercoaster.”

In completely unrelated news, Premier Daniel Andrews has announced the establishment of a soap factory in Bacchus Marsh, and a lampshade assembly centre in Ballarat.

According to the premier, “These projects will ensure we can keep the Victorian economy rolling during these difficult times. Jailing political prisoners keeps us together.

In further unrelated news, the Premier has announced a new allocation of funds for the creation of railways leading to said facility at Calder Park, and the refitting of livestock transportation railcars to accomodate humans. A spokesperson for Mr Andrews claims this will allow for the most efficient transportation of enemies of the state while minimising human impact on the planet during the climate emergency.

We get tired of predicting the future. Honestly we do.

Work to provide new cells to house more than 616 prisoners will begin shortly, with the signing of a $41 million contract to manufacture 460 prefabricated steel modular cells for five Victorian prison sites. 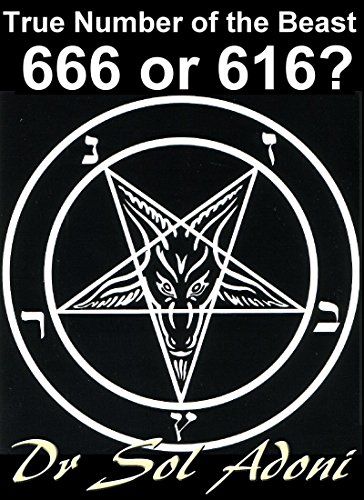 Around 20 local manufacturing jobs will be created under the contract with Modular Building Systems Pty Ltd, with work on plumbing, electrical, furniture and fixtures undertaken in the Melbourne suburb of Campbellfield.

The cell manufacturing is the first stage of a program to expand the capacity of five Victorian prisons, announced in the Victorian Budget 2019/20, to provide prisons with flexibility to meet future needs.

Once cell manufacturing is complete, Victorian businesses and workers will be involved in an extensive construction program, building cell accommodation blocks and a range of supporting infrastructure.

Construction across the five sites is expected to be completed by mid-2023, as part of a project delivered by the Community Safety Building Authority within the Department of Justice and Community Safety.

Barwon Prison will be the first to have the new cells installed, expanding its capacity to accommodate a total of 640 prisoners by late 2022.

Supporting infrastructure for the additional beds at Barwon will include a visitor centre, light industries building and men’s shed. The existing programs and medical building will also be expanded and refurbished, and internal fencing will be built.

Across the Victorian prison system, 1,600 new beds will become available as part of the 2019-20 Victorian Budget’s $1.8 billion investment to meet future demand and deliver programs to break the cycle of reoffending and keep people out of prison.

Why would a government expand its prison system in the middle of a plandemic lockdown?

Do they really expect the population of Victoria to grow if they ever end the lockdown? Surely thousands, tens of thousands, hundreds of thousands are going to want to get as far away as possible from The Prison State during even the smallest window of opportunity. These communists remember 1989. It’s why they have imposed a $5000 fine for leaving Melbourne without your paperz.

And surely they don’t expect people to come here at the rates they were before the plandemic, even if Australia’s great replacement immigration program is resumed any time soon. Victoria’s reputation is irreparably damaged.

It is reasonable to infer that Dictator Dan expects Victoria to imprison more people in coming years – they literally said “future demand”. With more laws of ever increasing triviality to enforce, they are going to need more cells in which to hold enemies of the state.

It’s an old model. They have simply increased the level of control that already existed.

And the solution for us is even older. Get redpilled on race and the JQ. Find likeminded men with whom to network and build a system of support. Transform your mind, body and spirit. Find a good European woman from your respective European ethnic group and make ten beautiful babies.